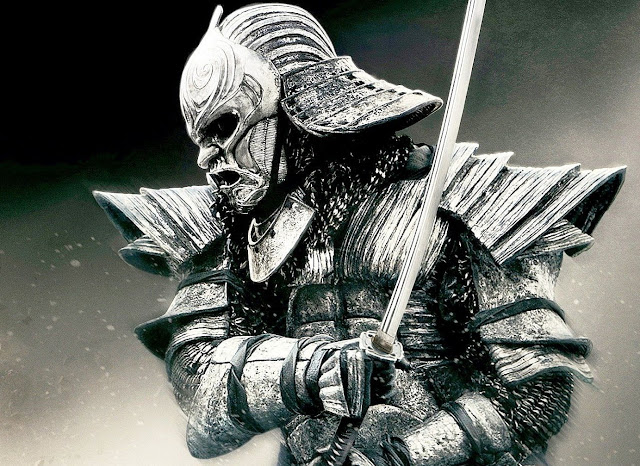 Almost every single samurai throughout history was Japanese. That’s perhaps the most obvious thing a person could say of course, but by the time that Japan was genuinely opening its boarders to international trade and cultural exchange, the samurai had already come and gone as a social class. Roughly the equivalent to a knight in medieval Europe, the closed nature of Japan prior to the modern era meant that if you weren’t Japanese, but somehow ended up in the country, you needed to be someone truly spectacular, or do something spectacular, if you were going to get that particular promotion.

William Adams, the white samurai, is an example of the latter. Hailing from England he ended up washed up on Japanese shores after a ship voyage went horribly wrong. He caught the attention of Ieyasu Tokugawa, however, and in rendering services to him (helping him understand the dynamics between different Christian churches from Europe, teaching him English boat making techniques), ended up becoming so valuable to the shogun he was promoted to landownership and became the white samurai.

Yasuke, the African samurai, is an example of the former. Before African Samurai: The True Story Of Yasuke, a Legendary Black Warrior in Feudal Japan, it was almost impossible to find reliable historical accounts of who Yasuke is, how he ended up in Japan, and how he wound up earning his way to become a samurai. This book, for the first time, provides a quality account of all that, and it makes for an absolutely fascinating read.

This book covers it all – how Yasuke was taken from his family at a young age to be a slave, before ending up in the service of the most important Jesuit leader in Asia. That’s how he ended up in Japan, as a bodyguard to a Catholic priest at a time where the overall culture was hostile to Christianity. From there, his near absolute exoticism to a closed culture (Yasuke being over a foot taller than the Japanese average then, muscular thanks to being a soldier from childhood, and dark skinned) made him the fascination wherever he went, and that’s how he caught the attention of Nobunaga Oda, the most powerful warlord at the time, and the one the Jesuits were trying the hardest to impress.

So Oda took him in out of sheer fascination. Oda had a habit of doing that already; Hideyoshi Toyotomi, who would take over Oda’s role as the de facto ruler of Japan following Oda’s death, was brought into the Oda household as a penniless vagabond, but with a wit that amused Oda. Whatever his other failings, Oda knew how to pick talent and the rest, as they say, is history.

Yasuke isn’t that important, as far as the historical rankings of samurai go. He wasn’t a leader in the same way that the likes of Oda, Toyotomi, or Tokugawa were. Nor did he accumulate the lands and regional prominence that the likes of Masamune Date, Shingen Takeda, or Ujiyasu Hojo did. He didn’t fight in enough battles to obtain the military reputation of a Uesegi Kenshin, Hattori Hanzo, or Tadakatsu Honda. That’s why so little is recorded of him and remembered of him today – even Koei Tecmo, which drills pretty deeply into the warlords of sengoku Japan, has yet to find a place for Yasuke in its Samurai Warriors series.

But Yasuke’s story is an incredible one, and, as the most exotic of all samurai in history, Thomas Lockley’s treatment of his story outpaces most fiction novels. Rather that aim for a density of detail, Lockley instead writes in a very narrative manner, to the point where readers might be left to some confusion on whether certain passages are fact or fiction. For example, Lockley often describes what Yasuke is thinking on his adventures, when he arrives at a new town or meets new people. The question we should all be asking of this book as a historical record is where Lockley got this insight into Yasuke’s mind; was it direct sources, third party observations, or inference and assumption? For all its merits as a narrative, the sourcing in this book isn’t overly well clarified, which muddies the water a bit around its reliability as a historical record.

At the same time, Lockley has clearly done his research, and while individual passages might be questionable, the overall integrity of African Samurai is not. It’s a little overly keen to drive home important messages, verging on the repetitive in prose at times, though it’s not overly preachy. For a book that is, at core, about a Catholic mission to Japan and the ripples and reverberations around that, it’s also a book that isn’t preachy, but rather simply defines what the Catholics saw, what they tried to do, and what the response was. If anything, I came away a little less informed about the reality of the relationship between religions at that tumultuous time than I might have liked, given how important it is to the plot.

In the end, many of these limitations are more likely a consequence of the limited amount of material that’s simply available about Yasuke. Lockley is quite open about the big gaps in knowledge and material available on the man that is out there, and yet is able to fill in the gaps to complete the story. It’s a cracking story, about one of Japan’s most enigmatic heroes.

Hollywood apparently has a film on the way on the same subject. I’m not sure how much crossover (if any) there will be between the book and the film, but you can assume that this book would have formed some of the research material among the film’s writers. I would, however, recommend this book over the film, because I think I know the way that one’s going to go. Hollywood isn’t great about telling non-white, non-American stories at the best of times, and a story about an African slave that would become a Japanese citizen and samurai is… well, it’s beyond the talents of Hollywood filmmakers. Lockley is an associate professor of Nihon University in Tokyo (not one of the nation’s finest universities, but nonetheless a very well-known institution). He has also been a visiting scholar at the School of Oriental and African Studies at the university of London. This is important because of one final note about African Samurai: it is written in a tone that clearly understands the realities of impact that a black man representing the Catholic church would have had in Japan at that time. It’s not something that American filmmakers would take an appropriately nuanced approach to.

The original Devil May Cry is coming to Nintendo Switch