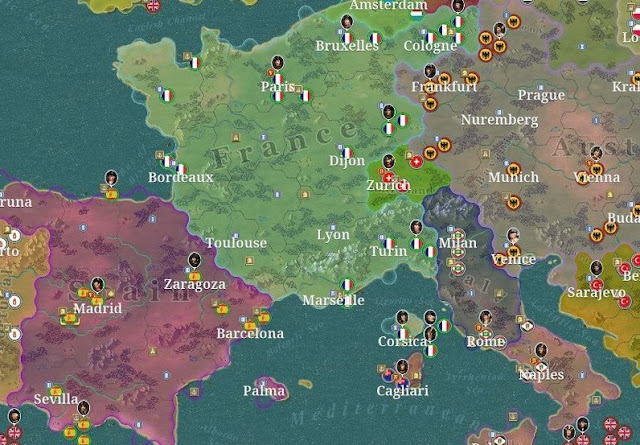 World Conqueror X, released last year on the Nintendo Switch, was an enjoyable port of one of the better tactical strategy games available on mobile. While it didn’t offer the 4X trappings of Civilization, nor was is a serious simulation of the wars of the era – as Hearts of Iron and many of Slitherine’s efforts are – as a light strategy take on World War 2 it was engaging and highly accessible.

European Conqueror X is a little more focused than the global conflict of World War 2. It’s set through the late 18th and early 19th century and, for the most part, takes place entirely within Europe through the Napoleonic wars. The military strategy of Napoleon has been something I’ve been very interested in over the years. Back at school while other kids in my class were buying up and playing Warhammer, I was right into my Napoleonic “tin” soldiers, and I spend at much time playing the likes of Fields of Glory and Napoleon 1813 as I did anything else. Of course, I’m also a big fan of the Total War franchise’s take on Napoleon, but as time has worn on there does seem to be fewer games produced that look at this era, for whatever reason.

Oddly enough, to get to the Napoleonic Wars stuff in European Conqueror X, you first have to work through a campaign set during the American war of independence. I guess the English (and therefore Europe) were involved in that war, but it’s an odd first campaign for a game with the title “European Conqueror”to kick itself off with. The second campaign you unlock is set in Canada, too. Not to worry, though. Once you work through those campaigns you’ve got another five to look forward to that do shift the action over where it’s meant to be, each with plenty of battles to play through. Developer, EasyTech, has most certainly gone in heavy with the content in this regard. Furthermore, if you’re not in the mood for the campaigns, you can always drop into the challenge mode (play through a bunch of levels to earn stars for performing well), or conquest mode, which for me is the real winning feature in this game.

Before camo, battlefields were so colourful #NintendoSwitch pic.twitter.com/5rNv13TDt3

Conquest mode allows you to take on the challenge of dominating Europe from two different time periods – either 1798 (as Napoleon become ascendant), or 1806 (when the French empire was at its mightiest). In this mode, the map of Europe looks roughly like what it did historically at that point of time, but only at first, because from there you naturally have the opportunity to do better than the historical counterparts did, and reshape the map as fits your tactical skills.

You can take control of any nation within Europe for the conquest mode, and naturally taking command of a weaker nation makes things much more difficult for you, with less resources and firepower to march into battle with. On the other hand, the temptation to try and hold back Napoleon as one of those minnows is hard to resist, and tactically European Conqueror X is nice and clean in enabling that. Units are broken down into three main types – infantry, cavalry, and artillery, and each of those unit types has its own unique strengths and weaknesses. It’s a game that looks good, too. One of the things that I have found so interesting about the Napoleonic wars over the years is the military uniforms; these wars happened before camouflage was a concern, and so units all had their own unique colours and designed to detonate prestige and the history of the unit. That’s represented in an abstract sense with European Conqueror – individual units from history aren’t modelled into the game, but battlefields are nonetheless colourful affairs with “generic”uniforms that represent the respective nations.

There’s some light city and infrastructure management to go with the military strategy. You can develop a handful of different buildings and facilities at each of your captured cities, with more powerful units being available to higher-level cities, and those cities also produce more resources with which to buy them. It’s no Civilization, but there’s enough there to create a tension between using resources to improve your cities, and building units to send to the battlefield. 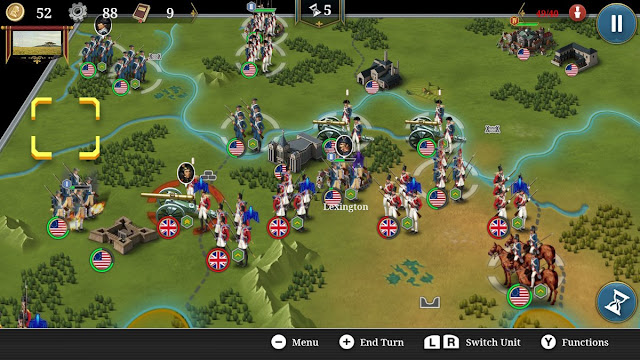 One area where European Conqueror X does struggle a little is in the history. Battles in campaigns are pre-empted with a paragraph of text, and important generals each get a tiny summary as well. Sadly, that’s about the extent of it. Where World Conqueror is based on a war that most of us have at least a passing understanding of, however, European Conqueror is based on a far more obscure period of history outside of Europe, and in that regard, it doesn’t do enough to educate the audience on what they’re seeing in front of them. Which is a pity, because if there’s one thing that’s consistent across both the American war of independence, and the Napoleonic wars, it’s the fascinating generals and leaders that rose to prominence through them, and the human stories that came out of the battles.

The lack of a battlefield strategy level lets European Conqueror down a little too. With the exception of Napoleon’s failed march into Russia, or his efforts to deal with the Spanish guerrillas that opposed him, the overarching “grand” strategy isn’t where much of the fascination lies with Napoleonic warfare. Rather, it was the battles themselves: what happened on the field of Austerlitz, Leipzig, the naval battle at Trafalgar and, of course, Waterloo. Because you never get to “zoom down” to the battlefield level, to play those individual battles out, European Conqueror doesn’t do a good job of re-enacting the specific dramas that these wars were best known for.

Finally, diplomacy was a big deal through the historical Napoleonic era, with plenty of wars of proxy playing out outside of Europe, and the bulk of Europe looking for non-military ways to cripple Napoleon. That ill-fated effort at invading Russia was not because Napoleon was looking for a land grab. Rather, it was because Russia was doing such a good job of stifling Napoleon’s empire economically. European Conqueror isn’t overly interested in dealing with the economic and diplomatic maneuvering that was being played through this era, so in this regard it loses an element of its historical flavour too. 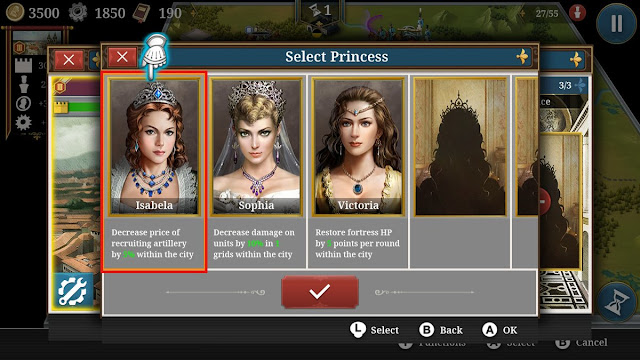 European Conqueror doesn’t really work as a historical wargame. Its predecessor dealt with it loosely enough, but European Conqueror takes the abstraction one step too far for its own good. With that being said, this is still a very fine tactical wargame, with good scope, and certainly so much to do that you won’t be putting it down in a hurry.

A book about Japan that you should read: African Samurai: The True Story of Yasuke