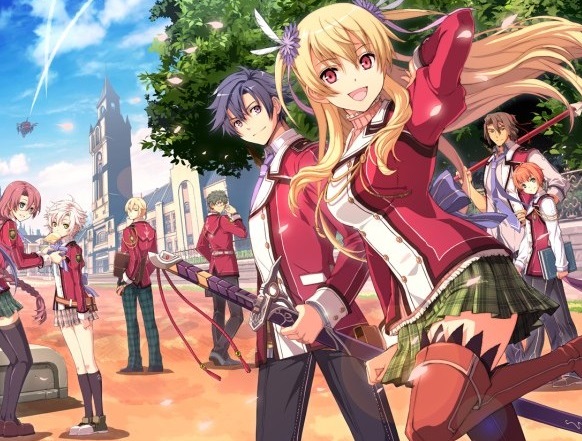 With the third chapter in the Legend of Heroes: Trails of Cold Steel series coming later this year, now is the perfect time to dive back into the first with the port to PlayStation 4. Yes, this epic length JRPG is back, to allow both new and old players alike a chance to refresh themselves with the antics of one talented bunch of school kids, as they make their way through both academia and the greater world as it descends into total political strife.

We’ve already done a review of the game, so rather than re-tread old ground, we’ll instead look more closely at why this series represents a particularly well-made narrative experience. Clocking in at around 60 hours, a good part of this time isn’t spent wandering around dungeons and killing things. Much like the later Persona titles, Trails of Cold Steel spends a great deal of time depicting the far more mundane side of life for its group of students.

The class attend a school designed to prepare them over the course of two years for a life in the military. Like any prestigious academy, there are multiple classes in order to accommodate all areas of learning… but this one also takes into account the socio-economic position of each student (who doesn’t like a spot of class warfare?). Classes I-II are for those of noble birth while classes III-IV-V are for the common people. This divide is clear to see with the aristocracy in white looking down the bridges or their noses towards the students in the green uniforms as they cross over school grounds. And then there’s the red uniforms of Class VII – an elite few (and the cast of playable characters) who belong to a group that recognises no social class, and thus, the experiment and the school year begins. 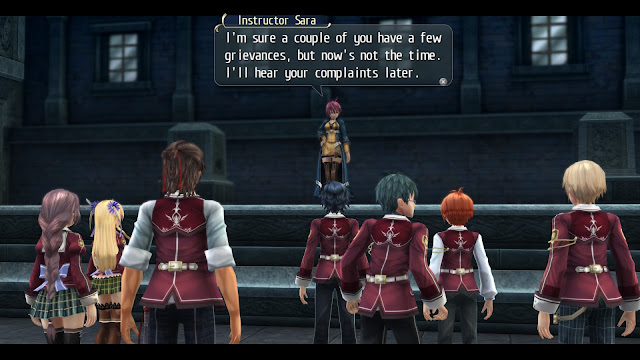 The objective of Class VII is to prove that regardless of social standings, a group could be formed that could in effect overcome any obstacle. Noble born, rich, middle class, tribal roots or child soldier, each person from these backgrounds is supposed to set aside their differences in order to come together. Does it work? Not in the beginning, but it wouldn’t make sense of the team gelled from the outset. An area in which Trails of Cold Steel excels at as it doesn’t rush things. As stated above, a normal playthrough is around 60 hours. The game uses every one of those to carefully build up characters and establish relationships between them that aren’t always amicable.

Trails of Cold Steel kicks off on the first day of the school year by bringing Class VII to an old mansion and dumping them into a monster-filled basement. They’re told that they must work together to find the exit, and it’s safe to say they’re not that great at doing that. Some tempers run high, splitting up the group, but a few stick together and, grabbing their weapons, they set out to find an exit.

Those few – Rean, Elliot and Gaius – are early proof that the ideal of Class VII can work. Adopted son of a noble baron, son of a military general, and the son of the head of a nomadic tribe, they acknowledge that the strangers walking beside them come from different walks of life, but their ability to come together forms the core that brings everyone else together over the course of the semester. It takes time for the other characters to fully embrace the idea, however, and much of Trails of Cold Steel deals with small narrative arcs as characters learn to overcome preconceived biases and perceptions to fully commit to their team. While Class VII is a test for how a group of people from different walks of life can leverage the strengths and capabilities of one another, the main cast is still a group of high school students, and previous prejudice is hard to overcome as they are only starting to mature into adulthood. 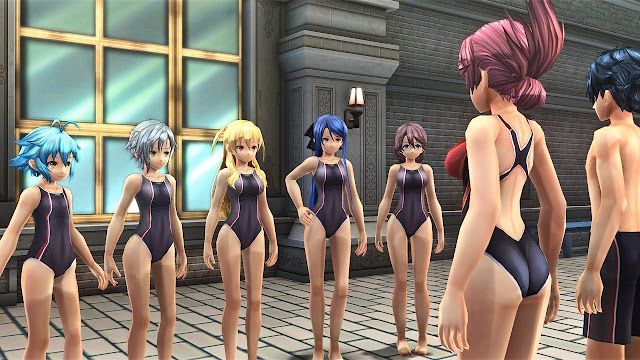 Splitting their time between off-screen classes, days off in which they go about taking care of errands and mini-quests, practical exams and field studies that take them to various areas away from the academy (and where the dungeons and combat tend to happen), Class VII spend a lot of time together. Sleeping in the same dorm with the boys on one floor and the girls on another, there isn’t much place to hide when things go sour and if it isn’t between one set of characters, it’ll be between another.

A good example of this comes from Jusis and Machias. Jusis is the younger son of one of the great four noble houses currently vying to grab power back for the aristocracy while Machias is the son of the current president and hates everything that the nobles stand for and is very vocal about it. This attitude comes out from the get-go and is totally hypocritical, given that, as the son of the current president, Machias is fairly well off himself. But try telling him that. Jusis on the other hand often just ignores it until the sheer dripping sarcasm… which doesn’t exactly help de-escalate the situation.

We’ve all seen these kinds of conflicts before in games – especially the JRPG genre – but what helps Trails of Cold Steel is that it takes hours to solve them. It’s not done in a single cutscene. Characters develop, characters go through their own bouts of trials along with everything else. There’s a build to everything and while everything turns alright in the end, it’s a believable resolution to the conflict. Machias and Jusis will never be best friends, but they can at least acknowledge themselves as comrades in arms to get the job done. 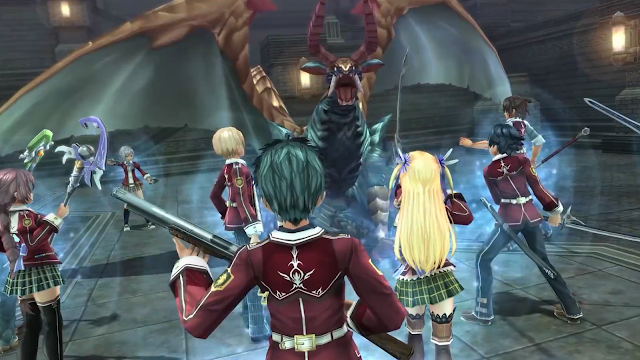 It’s this character growth that really helps Trails of Cold Steel make every character worthwhile. There’s always going to be characters, or character types, that we dislike or even hate. But where in most games it’s simply a gut reaction that never changes or goes away, with Trails you’re given plenty of time to see the character challenged and grow through it. Jusis and Machias are only two of several personal conflicts that the game plays through, and it goes to the strength of planning for the whole series that so much of this game is occupied with that, because there are three direct sequels after it, and it was important to use all this time to really bed down the background and individual stories of each character.