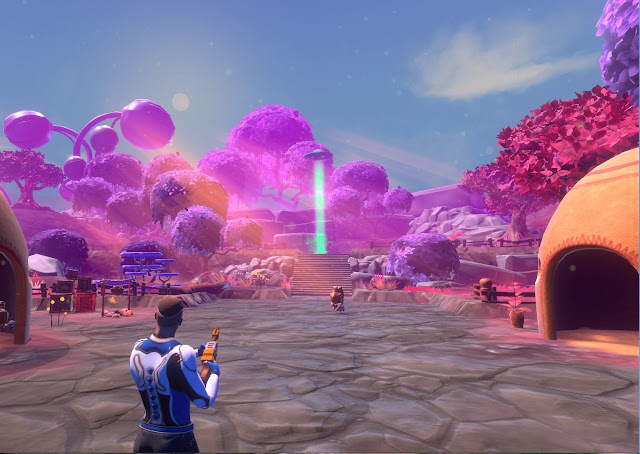 I hate when publishers can’t be bothered localising “defense” into UK English for regions outside of the US. Earth Defense Force has the same problem. It’s defence! With a “c”!

Anyhow, my gripe about making American English the default (when only one country officially uses it) aside, In Defense of Aliens does look very lovely. It bills itself as an “Orcs Must Die in space,” and as I am quite a fan of Orcs Must Die, that’s not a bad thing at all.

The developer, Kicksome Entertainment, has released a small teaser of the game, ahead of its Steam Early Access release in summer (winter for those in the southern hemisphere). As you’ll see from the trailer, the game is gunning very much for the Mars Attacks! variety of nonsense aliens and UFOs, and is very humorous in tone. You’ll be able to play split screen with a buddy, and we’re promised many tools of destruction.