Nintendo to take China by storm

We don’t usually cover industry-specific news at DDNet – financial results and shipment numbers don’t mean much for the quality and artistry of video games, but this is a juicy bit of news that we couldn’t ignore; Nintendo has inked a deal with Tencent – China’s largest entertainment company – to bring the Switch to the country. 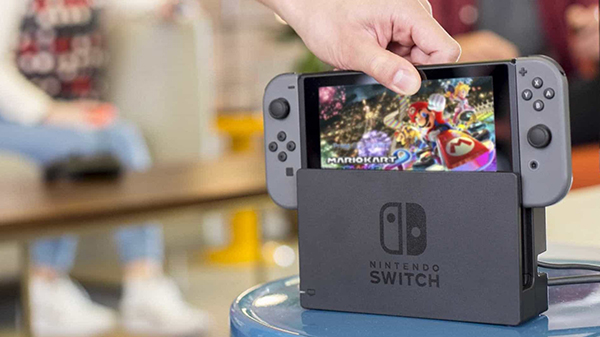 China is the largest country in the world by population, with over a billion people. Where once it was also considered a poor country, over the last few decades it has emerged in a big way, with a rapidly expanding middle class and a strongly growing economy. The challenge for video games in the market has always been overcoming the highly restrictive regulations and laws… but then Tencent will know how to work around that.

So Nintendo’s about to tap into a massive market, which shares a lot of cultural similarities with it. This could be a massive deal for Nintendo indeed.

Get a good look at A Plague Tale: Innocence with this new trailer

A Plague Tale: Innocence is due out on PlayStation 4, Xbox One and PC on May 14. That means it’s only a couple of weeks away now, and as we’ve said from our hands on time with the game, it’s one that we’re looking forward to a great deal. This trailer shows yet more of why it might just be the best stealth game of the year:


Set at the time where the Black Death and the inquisition alike were ravishing Europe, A Plague Tale will force a young girl and her even younger brother to somehow survive rats and humans alike, and to do so, she’ll need to be sneaky, crafty, and resolute.

What a month May is shaping up to be for video games.

We finally have the final release date for Super Neptunia RPG

The first Neptunia game to be developed by a western studio, Super Neptunia RPG has been on our radars for a while, but it has also been delayed and pushed back more than a few times. We finally have a proper release date for the game, though, which is nice – it releases worldwide on PC on June 20. The PlayStation 4 and Nintendo Switch versions comes soon after – June 25 in North America, and June 28 in Europe and Australia. 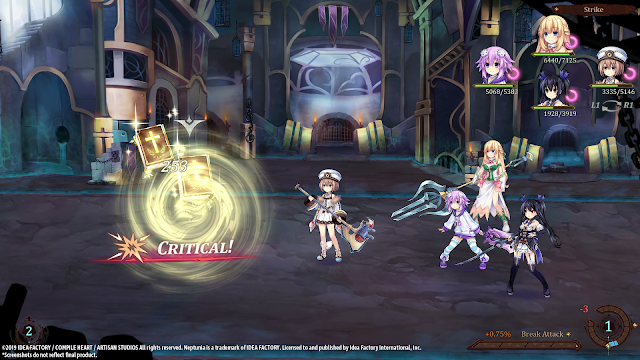 The PlayStation 4 version of the game has two altered images in one – one assumes Idea Factory was asked to remove some panties from the game, given the fanservicey nature of Neptunia. PC and Switch versions are the original visions.

The console version of the game will be available in French and English. The PC version, meanwhile, also comes in Japanese and traditional Chinese, if you’re keen to play in those languages. As you can see from the screenshots, this is a 2D JRPG, in the vein of something like Child of Light, but with a Idea Factory spin… and it has truly gorgeous art work. Bring it on.

Nekopara Vol. 3 lands on Switch and PlayStation 4 in June

Cat girls, cat girls everywhere! The third chapter in everyone’s favourite series of cat girl visual novels finally has a release window for consoles, and of course we’re looking forward to this one. 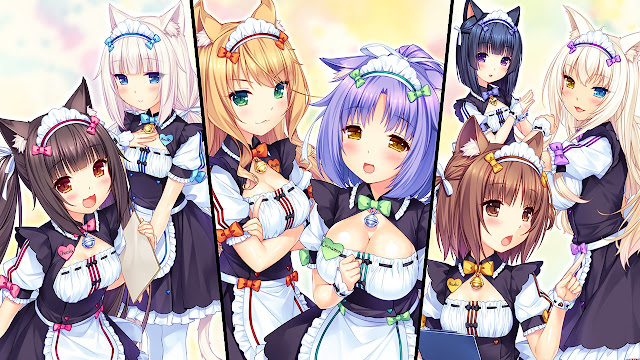 The PC originals in this series have full-on sex scenes are are very much R18+ adult games. On console, the series takes a different tone. There’s no sex, but instead some light, playful fan service to go with the light, playful storytelling. Truth be told, I actually prefer the console versions of these games because the tone of them is more cohesive and consistent, more playful and teasing.

Of course, you will need to play the first two in this series, as each is a direct sequel to what has come before. Just as well those are available on console too, isn’t it? Now is the best time to get stuck right into Chocola and her catgirl mates!