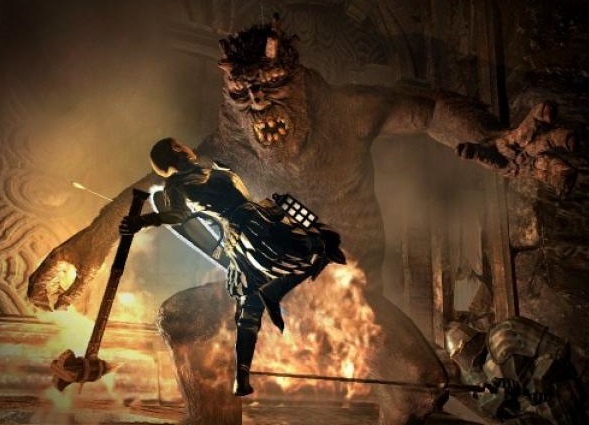 Yes, don’t worry, we all know it’s a cut and paste (sorry, homage) to Dragonheart. Why you would want to copy (sorry, pay homage to) a B-tier fantasy movie is anyone’s guess, but digressions aside, being a hero in Dragon’s Dogma is by no means an easy feat, and has the Arisen trawling the lands of Gransys, scaling griffins, felling drakes and silencing chimeras.

It is this Monster Hunter-like focus on battling gigantic monsters that fills Dragon’s Dogma: Dark Arisen with such exhilarating and heart-pumping moments. No matter which of the nine possible classes you choose, and whether it be magic, melee, ranged you prefer, if you stray off the beaten paths of Gransys and you will find yourself face to face with a terrifying foe, guaranteed. Each enemy encountered has a weakness that can be learnt through trial and error, and before you know it you will be confidentially scaling a chimera’s back to make your job easy by silencing the deadly goat head, or stabbing a drake’s weak spot whilst perfectly dodging its fiery breath. Things get even harder once night falls, and may find yourself face to face with even more dangerous foes than during the day, but of course, by the time you get into the rhythms of Dragon’s Dogma, that’s a challenge that is more welcoming than intimidating. 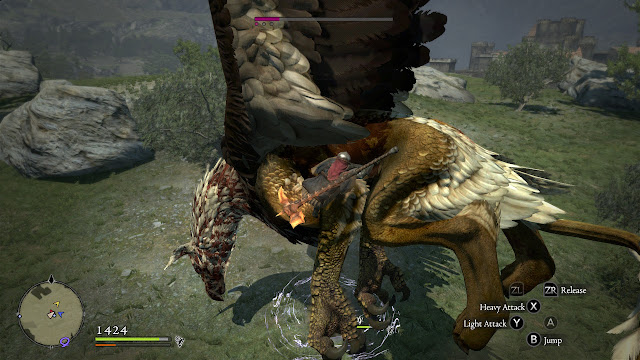 Hideaki Itsuno of Devil May Cry fame directed Dragon’s Dogma and that much is immediately clear through the combat system. The Arisen’s basic attacks consist of a light or heavy attack and as your vocation level grows so too does the amount of extra skills that you unlock. Before long you will find yourself lighting up the sky at night with a range of powerful spells or flinging enemies into the sky with your longsword. All in the most absolutely stylish manner possible. One of the best aspects of the combat system is that you are not locked into the vocation of your initial choosing. At any time, you can visit a specific NPC and change your vocation as well as unlock new skills. Once you have paid to unlock the vocation or specific skill using Discipline Points (the games reward points for defeating enemies) there is no penalty for swapping or changing vocations as many times as you want to. This can lead to some interesting character builds and truly deep character development.

Tough as the quest is, the player is not alone on their journey to defeat the dragon that stole their heart, thanks to the presence of Pawns in the world. The player has their own individual Pawn that they create, choose their vocation, skills and armour, and that slavishly accompanies them at all time. They are, after all, pawns. Pawns don’t get free will.

The player can enter the Rift at numerous spots throughout Gransys and hire up to two additional Pawns from other players. These Pawns are summoned into the Rift and you are free to examine them before choosing who you will party up with. Pawns your level or below are free to hire and pawns that are at a higher-level cost Rift Crystals which are accumulated throughout the world and by other people hiring your personal Pawn. In other words – this is the system that lets you get a leg up on the more difficult challenges by bringing along powerful assistants… but thankfully it’s all balanced via the in-game economy, and Dragon’s Dogma was developed before microtransactions were the way to give yourself the edge through difficulty games. 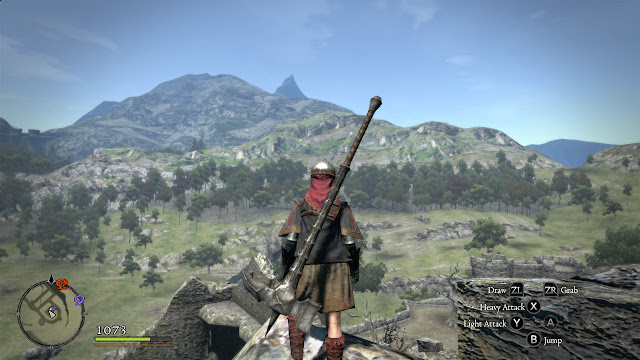 The Pawn system is truly the most fascinating and enjoyable aspect of Dragon’s Dogma: Dark Arisen. As you traverse Gransys with your Pawn, it will develop knowledge when it defeats a certain foe or is with you when you complete a quest. If another player hires your Pawn and is in one of the scenarios that your Pawn has already encountered, it will offer advice to the player about the situation at hand. There is something special knowing that you are using someone’s Pawn and completed a new quest and that when they next rest at an Inn they will bring back new knowledge – and an item if you feel so inclined- to that player. Each Pawn has their own inclinations that determine how they perform in battle and these can be checked in the status screen. Some inclinations are more useful than others, and in this regard, the Pawn system can get quite complex, as it is possible to buy potions that change your Pawns inclination to what you desire which is very effective and can change the tide of battle – and the frequency with which your Pawn is hired!

Not only are they helpful in battle but the Pawns just make the vast map seem a little less lonely. Over the years I have heard many people complain about Pawn dialogue, but I find it quite endearing. I could hear “All roads lead to Gran Soren” one thousand times and still smile each time. I like to imagine making small talk helps the group get through the horrible situation that they find themselves in. If you are not personally a fan of such chatter though you are able to tell your Pawn that you would rather them talk a little less. Which is amusing in its own right.

As for the story itself, it is interesting enough to hold your attention through the main quest, but at the same time do not be surprised if you find yourself distracted by the challenge of optional enemies and a range of interesting side quests that open to you. The story consists of rather typical RPG fare where you were naught but a common villager until you were thrust into this insane dragon heart situation (see? This game ain’t subtle about its inspiration). This means that you need to leave your little village and quaint life, and head for the capital to meet with the Duke who you discover has not been himself lately. It turns out that there is much more going on than what first appearances would lead you to believe. 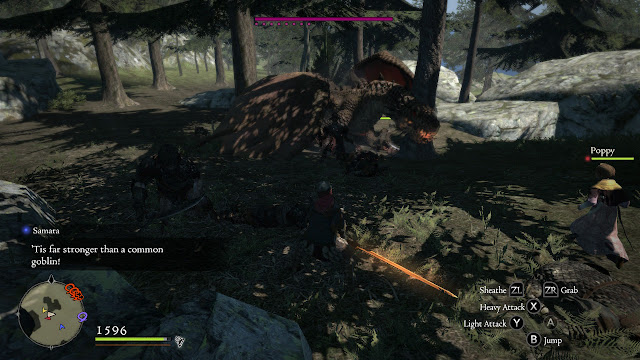 It is hard to believe that Dragon’s Dogma originally launched in 2012 as it feels current and fresh seven years later. The deep combat system still feels seamless and fluid, the Pawn system is still as innovative as ever – it works so well, and yet no other developer has decided to crib it for their own games. It’s a game that’s a mashup of notes from other properties – Monster Hunter most particularly and, yes, you’ll feel a little bit of Dark Souls in there, but putting aside a deep urge that you’ll have to make your protagonist look like Dennis Quaid (the hero of Dragonheart, see?), this is a game that very much stands as having its own identity, leaving us with just one question: When is Capcom going to get around to making the next one?