Get your sheep on with Catherine: Full Body, available late summer

The year has barely begun, yet I find myself yearning for September. That is when Catherine: Full Body will be released for Western territories. Here’s a new trailer:

There will be two physical editions available at launch. The Launch Edition includes a copy of the game and a metal case. The Heart’s Desire Premium Edition comes with the game and metal case, but also a collector’s box, sheep plush (baaaaah!), soundtrack CD, and hardcover art book.

Catherine: Full Body will be released for PlayStation 4 in Europe and North/South America on September 3.

My Girlfriend is a Mermaid!? coming to the Switch in the West

Sekai Games is releasing My Girlfriend is a Mermaid!? for the Nintendo Switch in Japan on February 28; it will be available both physically and digitally. 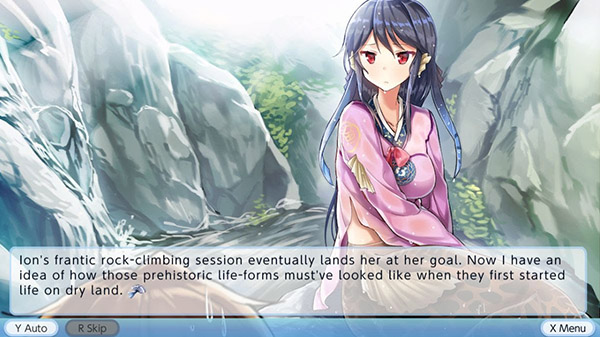 But guess what! The title will launch simultaneously in the West via the Nintendo eShop.

My Girlfriend is a Mermaid!? Is a romantic visual novel about a man who returns to his rural hometown, and meets his old friend… who is now a mermaid. He soon meets two other mermaids, and so begins the strangest summer vacation you could imagine.

Who would have known that BlazBlue: Cross Tag Battle could get any better? Arc System Works has announced that four new characters have been announced as part of a DLC pack. Here’s a trailer:

Characters that will join the lineup include Naoto Kurogane from BlazBlue: Central Fiction, Teddie from Persona 4 Arena, Seth from Under Night In-Birth, and Heart Aino from Arcana Heart 3.

More FFXV is coming this spring

Square Enix has announced that “Episode Ardyn” for Final Fantasy XV will be released on March 26. The developer/publisher also released an animated short prologue set prior to the game:

In addition to the DLC, there is a book due out titled Final Fantasy XV: Dawn of the Future. The novel will release in Japan on April 25, with a Western launch TBA.

If collector’s editions are your thing, there is one available for the book. Titled the Celebration Box, it includes the novel, the Episode Ardyn prologue short on Blu-Ray, an art booklet, four postcards, and a coaster.