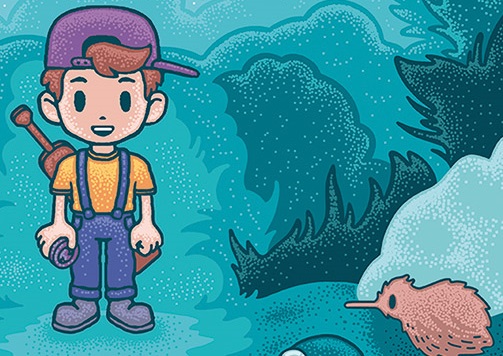 Reverie is a retro-styled top-down adventure game steeped in both modern and historic New Zealand culture. On the basis of charm alone, I was happy to hit it with full marks and enjoy my time while it lasted – but that would hardly make for an interesting review. Now, this game is far too bright and positive for me to say anything harsh about it, even though it has its fair share of issues in it. The developer, Rainbyte, has struck gold with this one – it’s hours of simple happiness, tied up in game mechanics that feel comfortably familiar, coated with a culturally rich narrative.

Related reading: For another take on the game, here’s our review of the PlayStation Vita release

The game starts out in the sleepy coastal town of Harikoa on the isle of Toromi, where the protagonist is visiting his aunt and uncle on a solo holiday trip. The island is plagued with a charming dose of magic-realism – the first quest has you exploring beneath the house to defeat a sentient washer/dryer – and will be sure to have you grinning the whole time. The town is the game’s hub which you return to after every successful dungeon completion, and the game’s various paths branch out from here. The townsfolk make for some humorous conversation, and I like how the team at Rainbyte went out of their way to add some character to the tiny village – including an arcade straight out of the 80’s.

It becomes immediately clear that the developers deeply love both New Zealand and old-school adventure games. While many have praised the art style’s devotion to the Earthbound aesthetic (which fits the tone of the game amazingly, I might add), I was equally floored at how carefully each environment was made. Each dungeon area has its unique flavour, done so well in a way that typically only a Zelda game could muster. I had once wondered why Super Mario Bros launched a sea of clones while not many third-party developers ever had a crack at the Zelda formula – and I realise now that the amount of work that it takes to properly make a game of this scope and complexity is immense. Rainbite’s work here feels effortless – you’ll always know what to do, where to go, and how to get there, and that’s not even mentioning the density of each screen. Once you’ve picked up a new item for your toolbox, you’ll experience that wonderful click of remembering all the places you should go back to. 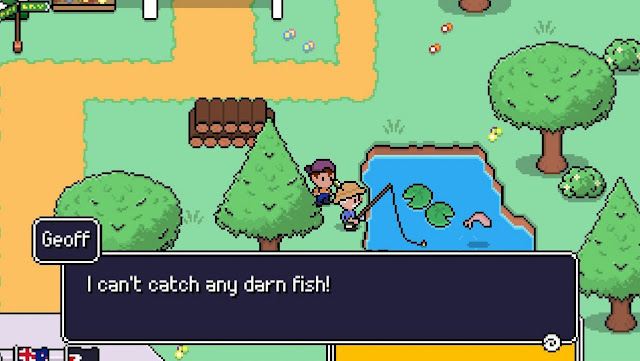 The dungeon design feels like a middle ground of Link’s Awakening-style puzzle zones and Zelda 1 combat gauntlets. Sometimes the solution is as easy as killing everything that moves – which proved to be an unsatisfying alternative to the times that Rainbite flexed its level design skills. The more complex puzzle rooms are a delight, not because of their difficulty (a gripe that I tend to have with a few Zelda games) but their density. A simple room the size of the screen could have a fiendishly complex path through, befuddled by switches, enemies, interesting item interactions, and more. Each dungeon follows the predictable pattern of holding a key item and then ending with a boss that tests your ability to use that item.

I’m not the most well-versed in New Zealand references, but even so, I could recognise enough to feel that this game is the authentic experience. It’s not a tokenistic use of culture used as a coat of paint, but rather an all-out celebration which informs every aspect of the game’s design. The game’s main form of collectibles are feathers of native birds, which unlocks a colourful cloak when the collection is complete. There was even a shout out to a wonderful and highly underrated movie – Hunt for the Wilderpeople. The game’s core narrative is based on the legend of Maui fishing up the North Island of New Zealand, and there’s a decidedly modern twist that will have you gawking once you notice it.

If there is one thing to complain about, it’s that the combat feels less inspired than the puzzles. Here, Reverie feels a little more like Startropics than Zelda (and not just from the bat and yo-yo setup). Enemies feel less like proper challenges and more like inconveniences that are meant to impede your forward progress. The most common ones you’ll see are rats and bees, which appear on nearly every screen of the overworld – and they don’t seek you out or anything, they just move around erratically and hit you if you’re not paying attention. Your default weapon, the cricket bat, has a short swing and an odd timing window, and it’s not the best tool to hit enemies that damage on contact. The Switch port, hilariously dubbed the Sweet As Edition, adds a new Nightmare difficulty, but this is only available after finishing the game once, and by then you might be too burnt out on awkwardly swinging at bees with your bat. 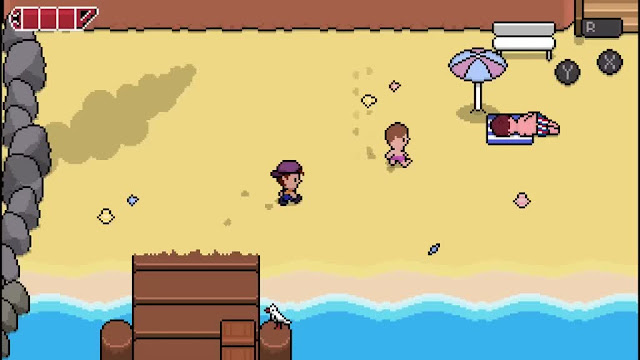 I did like the bosses for the way they used the game’s scope. The sprite work and attack patterns were impressive and even though they weren’t too all too challenging, I could really appreciate the care and effort that went into their design. I think in part, they’re present to send the player back to a positive nostalgia trip: I get the feeling of fighting bosses from A Link to the Past or Link’s Awakening, even though the bosses in those two games were probably much more frustrating than what’s available here.

And I think perhaps that’s the best way to sum up Reverie. Some writers have faulted it for a lack of difficulty, but I think it sells itself as a different experience than the exact Zelda formula. This is a game designed to make you smile the whole way through. It doesn’t need to challenge you, or to make you prove your expertise – it’s there to remind you of idyllic childhoods, exploring forests and caves and give you that sense of wonder that you once experienced through the old-school top-down adventure game genre. We rarely celebrate games because they are simply, unapologetically joyful, but Reverie is a great place to start, if you’re looking for joy.

Far Cry New Dawn: A look at what this game’s all about