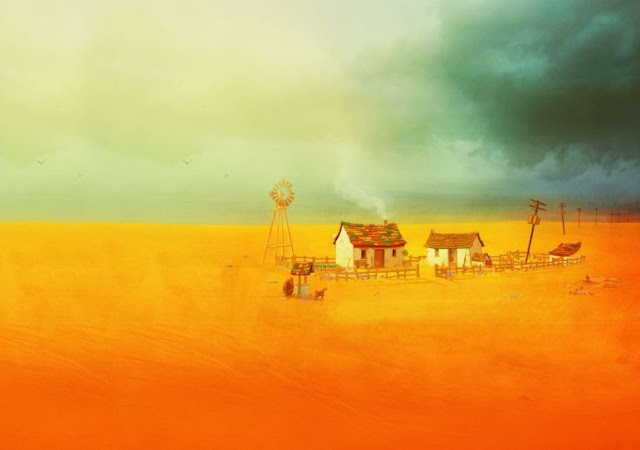 The Stillness of the Wind is a game about deterioration – about watching the things that we love, and which we have worked hard to preserve, slowly crumble away around us. It follows an elderly woman named Talma who cares for a small flock of goats and hens in a tiny farmstead in the middle of a desolate plain. Her day is taken up with keeping everything running: watering the crops, milking the goats, and making cheese. All of her family have moved away to pursue their dreams in the faraway cities. Developed by Memory of God and Lambic Studios, and published by Fellow Traveller, The Stillness of the Wind is a quiet contemplative title which will be sure to leave a lasting impact on players patient enough to bear through its bleak tale.

Before heading into this game, it might be best to put aside comparisons to other games about farming, though on first impressions there might seem to be a similarity there. The Stillness of the Wind is perhaps best compared to experiences like Shelter and Diaries of a Spaceport Janitor – it’s a game which effectively uses its mechanics to build a mood, and aims to put the players in the shoes of a character, showing their ups and downs in life. This game also has a keen sense of style, not just graphically, but also mechanically – it’s reminiscent of Tracey Moffat photography, Tarkovsky films and Latin American fiction: its literary influences run broad and imbue the narrative with a thematic depth that’s rarely seen in games.

In other farming games like Harvest Moon and Stardew Valley, the player is positioned to consider the impacts of their actions on the future. Those games are about incremental rewards, and watching your empire grow out of a humble beginning. By contrast, the farming in The Stillness of the Wind feels like holding back the inevitable decay of an aging farmstead. All around the environment, Talma can find evidence that a huge family used to live there, but now that she is all alone, she bears the task of maintaining the land that once cared for her children. The game drives this home mechanically by punishing the player with lingering consequences for mismanaging their time – if you leave a gate open and need to go fetch a lost goat, or if you spend too much time wandering, you’ll fall behind on the daily upkeep and you’ll slowly see your assets wither away.

The only interaction you’ll have is with a travelling mailman and trader, who stops by around midday and offers some gossip from the city. He likes to talk in cryptic phrases and always seems to have a comment about how well you’re running the farm. The game does not have a currency system and instead operates on an esoteric series of barters – you’ll select what you want from the offered goods and then you’ll bid up amounts of your produce until the mailman accepts the terms of trade. He offers all sorts of goods from additional animals, seeds and hay to keep your goats healthy, as well as worthless trinkets adorned with surprisingly grandiose descriptions. You’ll be able to decorate your house and yard with his wares, but be careful because these cosmetics don’t come cheap.

Much of the game’s story comes in the form of letters Talma receives from her relatives, all of whom have moved away from the countryside and into the hustle and bustle of the big city. The letters carry a magic realist quality – they will talk about elections and coups with a blasé tone as if it were a soap opera, and every now and then something weird will come up, like a pet platypus. Perhaps it was this enchanting unfamiliarity, or the abundance of Hispanic names, but I felt an influence from Julio Cortazar short stories, or Gabriel Garcia Marquez. Talma can also buy book chapters from the travelling salesman which describe far off fantasy locales in a matter-of-fact, textbook-like tone, making it even harder to discern the real from the imaginary.

The game is a slow starter, and deliberately keeps information on how to play away from the player. That being said, it won’t be long before you’ll settle into a routine. You’ll water the crops, collect eggs from the chicken coop, pet and milk your goats and make cheese. Most tasks are accompanied by a simple button-press minigame, deliberately designed to add tedium to the interaction. This is all done in real time, and it’ll surprise you just how quickly a day goes by – sometimes the sun will be setting before you’ve even done all the things you need to do around the farm. In this too, the game’s themes of obligation, inevitability and deterioration come through clearly. There is quite a large world outside your hub to explore if you’re curious, but doing so will require you to break your daily routine and neglect your plants and animals. 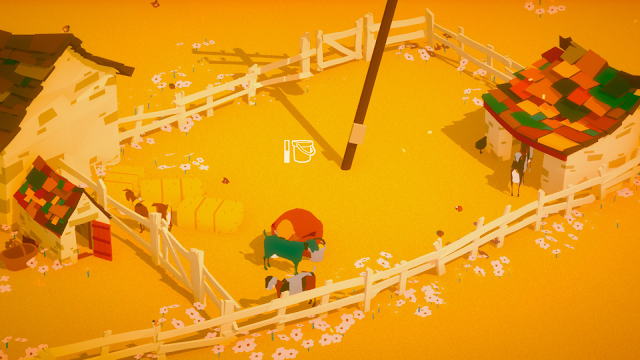 While the game encourages you to take farm life day-by-day, The Stillness of the Wind does have a defined ending which occurs around three hours in, and varies depending on the way you played. The game gets progressively more surreal as you start to experience what might be memories or nightmares, and the letters you receive from your relatives also become increasingly strange. I definitely found my share of emotional moments as the plot unfolded, and it was made all the stronger through the core gameplay loop that by that point had been ingrained with the way I interpreted Talma and her world.

The Switch port is unfortunately marred by some control issues. Movement is handled by a cursor which you control with the left stick, and one button is to interact with anything and everything. Tools are picked up by hitting A while hovering your cursor over them, and are dropped by hitting A while hovering over yourself. For the whole length of the game’s runtime I found myself hitting the wrong thing constantly – a problem exacerbated by the camera, which pans and zooms depending on the way Talma moves. I can understand why the team at Memory of God made this choice – the player is not Talma, but they are deciding on how she spends her time – so the cursor-based movement helps create distance between the inputs and the character. Talma also moves very slowly, so this setup stops you from needing to hold down the analogue stick for long periods of time.

I hope by now it is clear that The Stillness of the Wind is not a traditionally “fun” game – it doesn’t have the compulsion or reward of something like Stardew Valley. That being said, I would still recommend giving it a chance: Memory of God has created a poignant experience featuring a character type that is rarely explored in the medium. The game’s esoteric story and tedious mechanics might look bad on the surface, but they contribute effectively to the game’s unique tone – and the ending is sure to be something you’ll remember for a long time.

What is the “perfect” game? Also, the very worst games, and mobile gaming (Digitally Uploaded 2019, Episode #5)