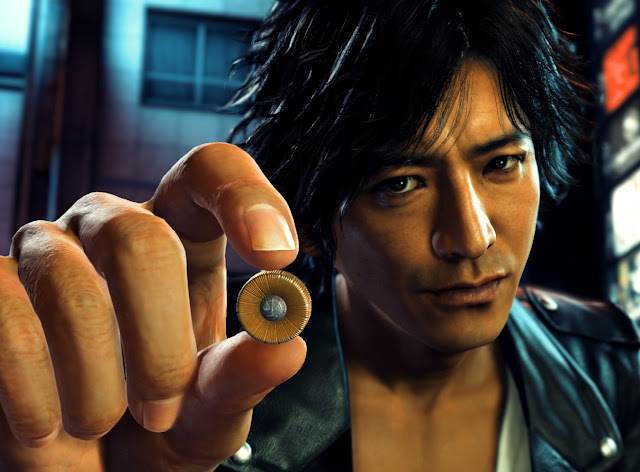 I had the privilege to recently get some good hands-on time with SEGA’s upcoming Judgement (Judge Eyes in Japan). As I usually do, I went into this pretty vague – I try and keep myself clear of news about a game before I play it, so I can look at it for the first time without expectations. I did know that it was by the same studio that was behind my beloved Yakuza series, of course, and I knew that in it you would be playing someone from the legal profession. On that basis I assumed that it would be something of an anti-Yakuza, looking at the world from an opposing set of eyes, as such.

Related reading: Our review of the final chapter of the Yakuza series, Yakuza 6

That’s not really the case at all. Judgement throws you into the same seedy underbelly of Kabukicho (sorry, Kamurocho) as you play a private detective (Yagami Takayuki) who was driven out of a career as a defence lawyer, in which he was a real rising star, when he successfully defended a murderer in court… who immediately murdered again after getting out.

To understand why this is such a dramatic opening to the game, and to understand why a defence lawyer might be thrown into disgrace for doing his job and getting a “not guilty” verdict for his client, you need to know something about the Japanese justice system. Japan has a 99 per cent conviction rate for defendants that are brought before criminal court. The reasons for this are complex and not without controversy, but as a backdrop, that should explain why Yagami is seen as a defence lawyer that pulled off a miracle… and why he might be so ashamed and ostracised for that miracle turning into a nightmare. 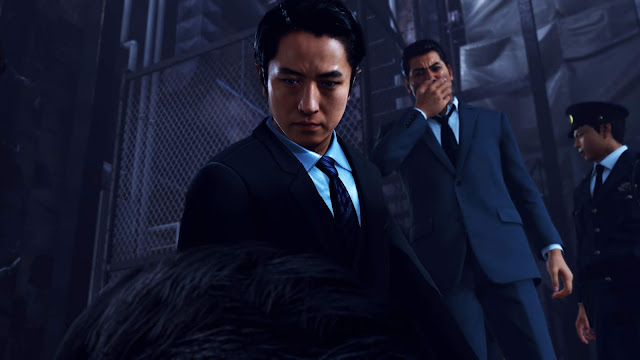 I don’t know much more about the narrative, since the hands-on time I had then transitioned to a case in which the now-private eye Yagami needs to tail a man that owes the yakuza some money, but you can be sure that all of Yagami’s past will come back in some shattering way. The Yakuza series was well known for its amazing twists and turns, and it’s quite obvious that Judgement will be much the same. I know that Judgement is going to offer some amazing storytelling, it’s just interesting that rather than be the “clean” Yakuza that I – and I think many others – expected, the storytellers would instead revert right back to their Japanese noir crime storylines with Judgement.

Noirish it very much is. Raymond Chandler and Dashiell Hammett’s Philip Marlowe and Sam Spade, respectively, are morally compromised private detective characters that Yagami Takayumi is clearly cut from. Much like those detectives, and Kiryu from the Yakuza series, we know that Yagami is going to do the right thing, after a fashion. He has a clear set of morals and principles, but that’s different to him being an upstanding citizen or good person. Because of that similarity to what the developers have done previously, it’s also shockingly familiar to step into Yagami’s shoes. He fights in much the same way, he moves around the city of Kabukicho (sorry, Kamurocho) with a similar gait. He has one ability that Kiryu doesn’t – the ability to survey a scene and make deductions from it – but otherwise Yagami is quite surprisingly similar to play.

Sadly, I didn’t get the opportunity to try any side quests or minigames, which is what Yakuza is famous for, and what Judgement will have in abundance too. The side quests are where Yakuza’s famously wicked sense of humour came from, while the minigames were more than just distractions – they gave the all the urban areas a sense of being lived-in playgrounds. The game simply doesn’t feel like the same experience, without them, and I’m looking forward to seeing the full extent of both in the full game. Taking place in modern times as it does, Judgement’s Kabukicho (sorry, Kamurocho) even has the incredible VR arcade that Bandai Namco has set up right in the heart of town… and you can go into it. To do what, I’m not sure (sadly I don’t think it will be to play Dragon Quest or Mario Kart in VR), but having that building there is a nice touch that just goes to show that team remain committed to that sense of authenticity that makes me feel homesick for Japan every time I play one of these games. 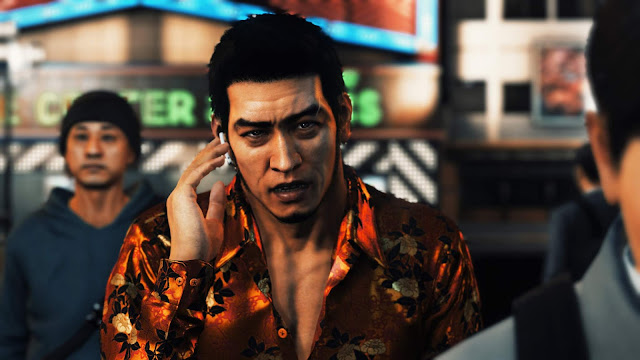 To digress, just briefly, I’m also wondering if the sex-based minigames and real-life AV actors get a showing with Judgement. They were an important part of establishing the seedier side of Kabukicho (sorry, Kamurocho), and fit with the activities of the yakuza, but the developers might feel like the one area where they do want Judgement to be a cleaned up Yakuza is here. It remains to be seen.

Related reading: The same studio was responsible for a Fist of the North Star game which is absolutely spectacular in its own right. Our review

One of the key reasons for my demo session is that SEGA wanted to show off the quality of the localisation in Judgement. The Yakuza series was always known for its spot on localisation with the subtitles, but this game takes things one step further, with an A-tier English voice cast (including Matt Mercer, Greg Chun, Crispin Freeman, and Yuri Lowenthal), as well as full subtitle support for Spanish, French, Italian, and German. The full EFIGS. The effort there is appreciated, though I’m also very grateful that with the full version of the game it will be possible to play in Japanese with English subtitles. The problem with the voiced localisation is the main character. Yagami is played by one of Japan’s better known actors and performers, Kimura Takuya, who has also lent his fully-mocapped face to the role. It is exceedingly odd and uncomfortable to me to have such an exceedingly realistic portrayal of a Japanese actor who I’ve seen in films before suddenly sound like an American. And, really, it’s odd across the board that a story set in such a distinctive part of Japan, about Japanese life and drama, would be told through completely un-accented western voices. That’s a dissonance I wasn’t able to get over with my preview time, and I’m glad I won’t have to play that way for the full release.

Once again through, the localisation effort is appreciated for people who are more comfortable with their games being in spoken English, and given that Judgement is clearly a major push by SEGA to find a new audience for the series, probably a mandatory step. While the game itself will be surprisingly familiar to Yakuza veterans, for people who don’t want to try and dig into a seven game-long series of 60+ hour JRPGs, Judgement offers a new slate for a similar world, and that’s perhaps what SEGA needed more than anything else.