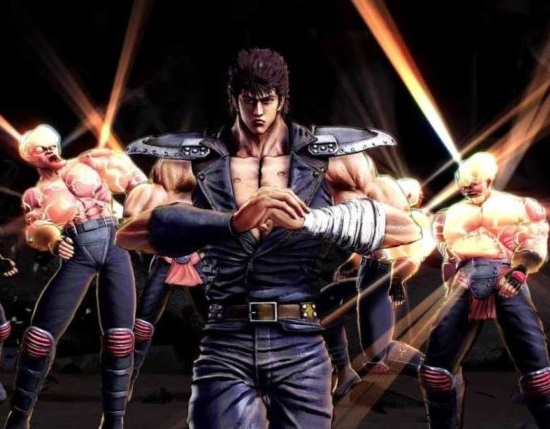 It makes sense that the team behind SEGA’s wildly successful Yakuza series would be the one tapped to produce a Fist of the North Star title. Despite the blatantly obvious (and extreme) differences between both franchises they do share a common core, which makes it quite easy to take one and stick it over the shell of the other.

Related reading: This game is so very similar to the Yakuza series in form and function. Have a read of Matt’s review of Yakuza 0 for more general information on this “formula”

Fist of the North Star is an venerable manga and anime franchise now. Heavily influenced by Australia’s own Mad Max vision of an apocalypse, it’s a series that focuses on the exploits and inadvertent heroism of Kenshiro, a martial arts master who is built like an tank, and yet fights not with raw muscle, but extreme precision. See, Kenshiro’s chosen martial art – the fictional Hokuto Shinken – allows him to maim, heal, or (usually) kill others via hitting pressure points in very specific ways. Often the victim doesn’t realise that they’ve been left with seconds to live. They’ll continue to behave normally, and that is where Kenshiro’s famous “you’re already dead” quote comes from… because seconds later they literally explode in a gory mess.

Kenshiro isn’t really a hero, in that he doesn’t go out of his way to do things on a heroic scale for altruistic reasons. He’s certainly not interested in aligning himself with any particular cause or ideology. However, he also has a strong sense of personal justice, and little patience for those who seek to capitalise on a world that has allowed brute force to dominate over the defenceless. So he often ends up doing good things, using terrifying methods, for good reasons, but in an approach that puts him at odds with other forces of good in the world. 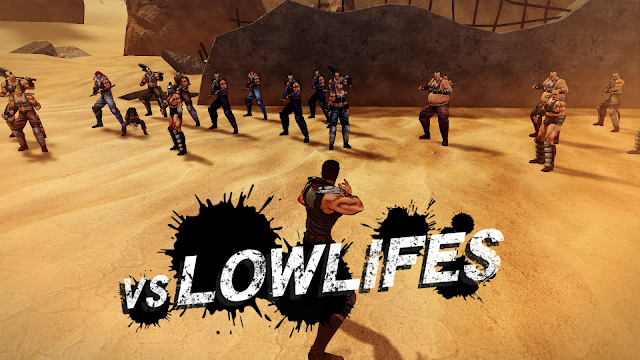 The parallels here with the Yakuza series and its central figure, Kiryu, should be obvious. Kiryu, who belongs to actual criminal organisations, stands on the outside of “good” society. And yet his strong personal streak of honour and sense of justice means that he generally ends up doing the right thing by everyone – including law & order itself.

So, while the settings are wildly different, the personal similarities between the protagonists makes it easy for the development team to do a cut-and-paste job. After the first couple of chapters of Fist of the North Star, which are incredibly linear, once this new game opens up, the experience of playing it will feel very comfortable and familiar to Yakuza fans. The same basic philosophies around world design (make small worlds, but pack them with things to do) applies, and the same basic combat system exists across both Yakuza and Fist of the North Star.

Most importantly, though, is that just like its genre predecessor, Fist of the North Star has a genuine taste for the surreal and the satirical. Fist of the North Star is an incredibly violent experience, set in a hostile and violence world. Depictions of suffering and brutality are commonplace, and yet, this game never misses an opportunity to act with tongue firmly in cheek. You can pick up the manga-style speech bubbles that pop into existence as an enemy is dying and use them as a weapon to kill other enemies. Try telling me that’s not a near spot-on bit of self-aware surrealist humour. 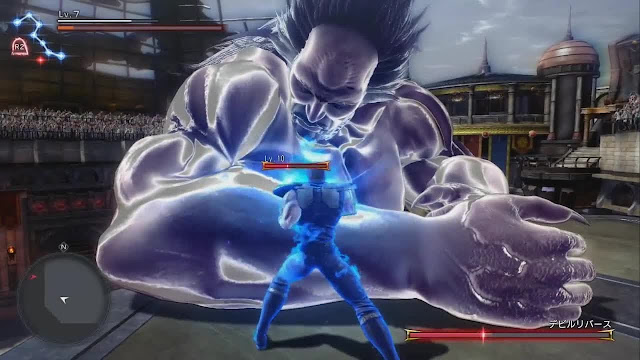 Just like the Yakuza series, there are plenty of side quests which are often that ridiculous that they help to inject the otherwise often near-monotonal Kenshiro with a bit of personality and verve. Indeed, the writing and design of those side quests needed to be spot on because not only is the main quest line often quite serious in tone (something not uncommon for the Yakuza series either), the world itself is too flat for its own good, meaning it needed those side stories and minigames to help break up the monotony. In this, Fist of the North Star is different to its brethren. Yakuza games have the benefit of being set in near-realistic slices of Japanese urban life, to the point that they make me homesick for the country. By contrast, First of the North Star’s apocalyptic vision is well designed, but struggles in making the setting vibrant and lively, as most apocalyptic settings do. After all, the point with these settings is that there’s just not that much left.

Related reading: Our interview with the director of Fist of the North Star: Lost Paradise

It’s also worth noting that while Fist of the North Star does a really great job of telling a Fist of the North Star story, the other basic reality is that Yakuza, with its winding, labyrinthine and cinematic storytelling, is simply more compelling. If you’re an existing fan of Kenshiro and co, you’ll absolutely love that there’s a game that does such loving justice to the property. It tells a different, original story, but one that shows a great deal of respect to the characters and setting. Ultimately though, Fist of the North Star was always a teen boy’s fanfiction version of Mad Max, and where Yakuza games actually hold up against their cinematic equivalents, Fist is a more juvenile work, offering comfortably familiar plot progression, and cleaner, simpler characterisation and themes.

It’s good. It’s really, really good. The combat alone demonstrates that while everyone who plays Yakuza games remembers everything but the combat, even that “forgotten” element in the formula, when brought to the fore, is still very deserving of a player’s time. The story also hits all the right notes for both humour and drama that help to modernise a very old anime for a new audience. At the same time, Fist of the North Star shows why the Yakuza series is something so rare and so valuable; the latter is one of those rare games to break the boundaries of what can be expected from video game narrative and thematic development, while Fist of the North Star is limited by them.