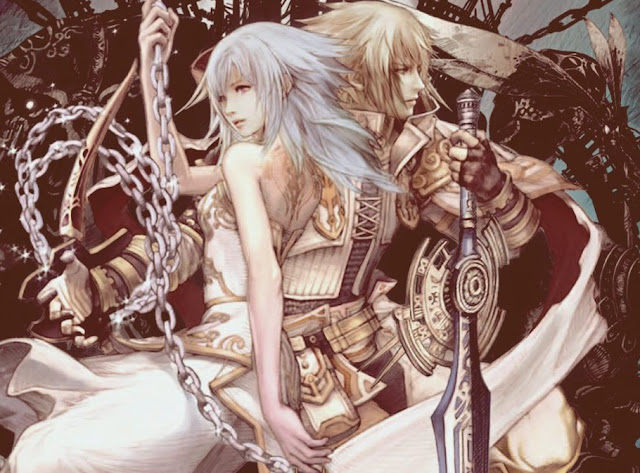 Whether it be because of licensing, a developer going out of business, or the industry simply moving on, every generation there are a lot of games that end up “lost” – the original games might be available in some form or another, but the changes of the franchise seeing a new entry, or even a proper remake of one of the older games, seems very unlikely.

Often this has nothing to do with the quality of the game. So this week, for the Friday Ten, we’re looking at ten great examples of “lost” JRPGs that we would just love to see make a return.

Pandora’s Tower was released on the Nintendo Wii, as one of three JRPGs (the other two being Xenoblade Chronicles and The Last Story) that Nintendo wasn’t going to localise before an outcrying of fans demonstrated that there was an appetite for JRPGs. It plays loosely like a Metroidvania, as players take on the role of a whip-wielding hero, descending into gothic-themed, crumbling castles to save a girl from a curse. While it appears minimalist on the surface, it’s also offers a strong, intelligent narrative that riffs on themes in opera and other “high art”, giving the game a sense of poetry that we haven’t really seen in many other games before or since. 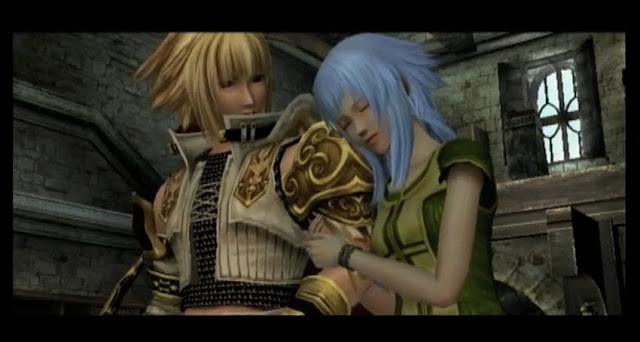 The last King’s Field was released on the PlayStation 2, so it has been a long time since we last saw this series. That the developer, FromSoftware, has allowed King’s Field to fade into obscurity is somewhat understandable, since many of the series’ design principles were adopted for the “spiritual sequel,” Demon’s Souls… and we all know where the Souls series has taken that company. Nonetheless, there was a lot to like about King’s Field that was uniquely its own – the first person perspective, for example, and the greater influence on finding secret rooms in the crumbling catacombs that the games depicted. It would be nice to see FromSoftware take a crack at a revival for a series that, one suspects, would be far better received today than it was when it was current. 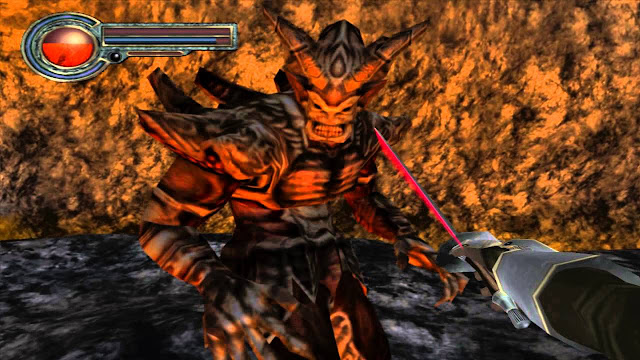 It’s amazing to think that this game – one that so many people chalk up as the greatest JRPG of all time – has never continued on as a series. It’s easy to understand why Square Enix might be hesitant, though. As a game that so many people define their love for JRPGs by, it would be almost impossible for another game in the franchise to live up to the expectation, so it’s better not to taint the original in the process. Square Enix has also lost much of the “dream team” that came together to make Chrono Trigger, so the lack of a new Chrono Trigger might represent a rare moment of restraint for a company that looks like it’s doing something truly horrific with the Final Fantasy VII remake that no one needed. 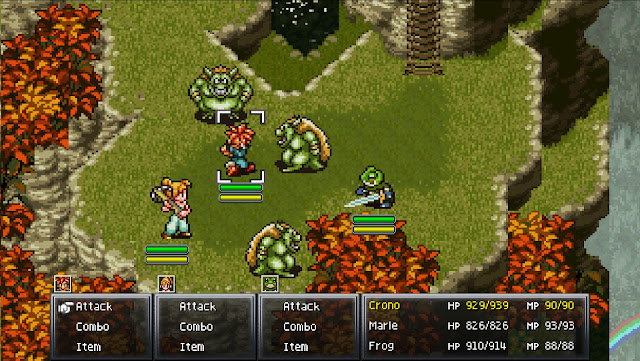 FromSoftware’s second entry in this list just goes to show that the developer went from scrappy indie, filled with creative ideas, to one of the major Japanese developers, working on that market’s equivalent of blockbusters. Lost Kingdoms does represent a wonderful time for the developer, however. This Gamecube-exclusive JRPG duology tasked you with collecting cards, from which you could summon monsters. With a deck of cards, you’d then be tasked with exploring worlds and fighting enemies through your summons, rather than relying on your protagonist’s martial skills. In execution, it was one hell of a good single player TCG, when those weren’t exactly common. 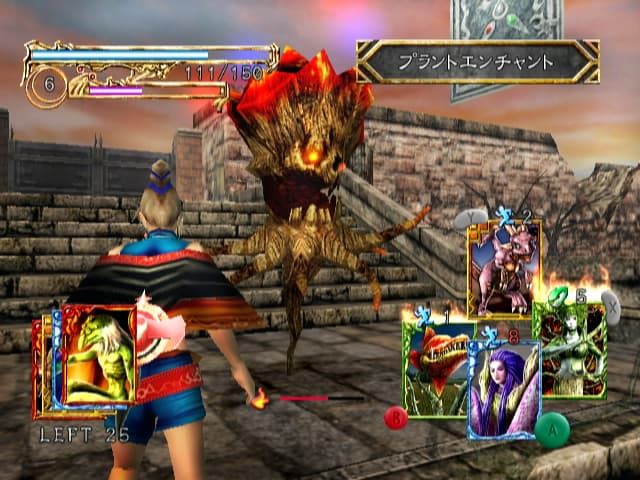 We’ll likely never see another one of these, since the developer was acquired by Nintendo, and the publisher (Bandai Namco) was not. Expect that Baten Kaitos is lost in all kinds of licensing hell, and that’s such a pity because, aside from the worst voice acting you’ll ever hear in a game, Baten Kaitos is an amazing, cleverly executed turn-based JRPG. It offered players a massive, gorgeous, and distinct world to explore, as well as a combat system that cleverly mixed in challenging and strategic card deck building mechanics. 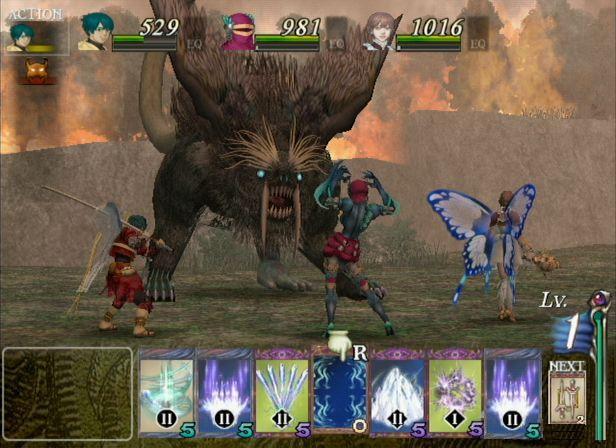 Suikoden is a well-loved series that didn’t survive past the PlayStation 2. What a lot of people don’t know about it is that it’s based on one of the four great novels of classical China (Water Margin in English), and that actually links it with the Dynasty Warriors series, which is based on another one of those four novels (Romance of the Three Kingdoms). That little bit of trivia aside, each of the five main Suikoden titles are huge, truly epic affairs, with more characters, plot intrigues, and drama than you can count. Just imagine what could be achieved with that material, and the kind of console processing power that is now available to developers… 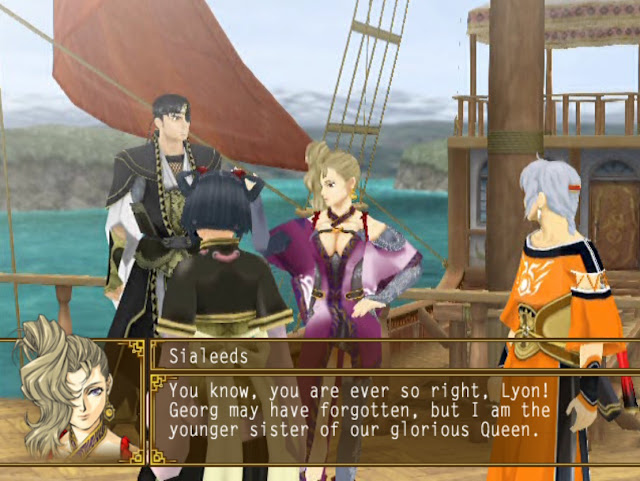 Technically, there’s a new Arc the Lad on the market, courtesy of a mobile title released in 2018. But putting that aside, the last proper Arc the Lad was released way back in 2005, and it’s a pity that this series hasn’t been able to march onwards, because you can never have enough tactics JRPGs. The games in this series have always been notable for their sheer ambition, with big stories, big characters, and fast-paced, clean tactics combat that helped to distinguish Arc the Lad from some of the more slow-paced, cerebral tactics events. While the tactics JRPG genre is still going strong thanks to newer entrants (God Wars, for example), many of the traditional leads in the genre – Tactics Ogre, Final Fantasy Tactics – have been put on ice, which is all the more reason that a proper revival of Arc the Lad would be just wonderful. 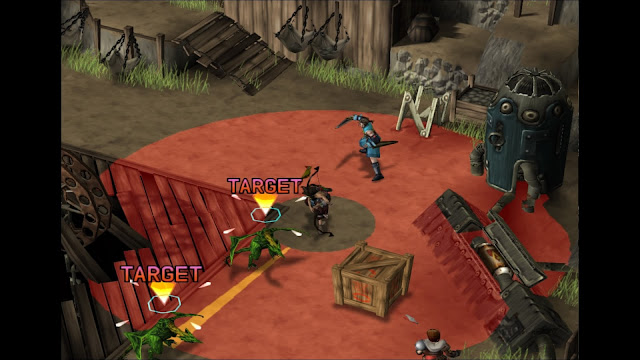 Skies of Arcadia is right up there with the most lauded JRPGs that has ever been created. The Dreamcast original release has a Metacritic average score of 93 per cent… and for context, that’s the same score as The Witcher 3. That’s the kind of regard that people hold Skies of Arcadia in. The one issue that the game had was a decidedly old-school approach to random battles (i.e. far, far too many of them), but the storytelling and worldbuilding made that criticism something that was easy to simply ignore. SEGA has plenty of other JRPG franchises now, it’s unlikely that it’ll ever dip back in to its library to dust of the Skies of Arcadia property but… you just never know. 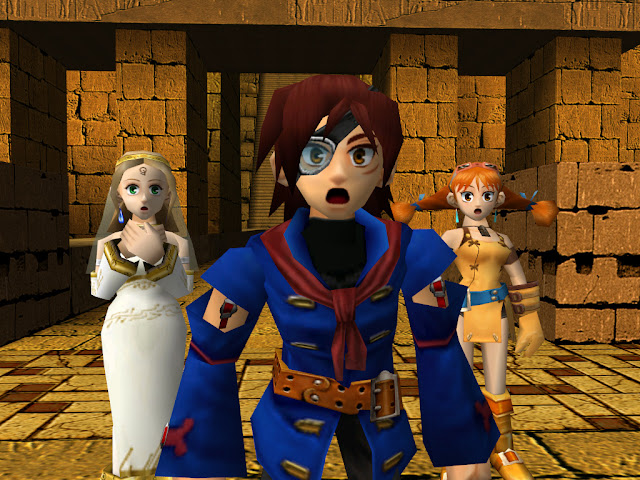 Before every indie developer on the planet was in a rush to call their game a “roguelike”, the roguelike meant something. It meant endless dungeon crawling, with every new delve something to be excited for, because there would be new, randomised layouts every time. Dark Cloud was one of the better roguelikes. The first major project for the upstart Level-5, Dark Cloud was challenging and unforgiving, but it was wrapped up in a great narrative at a time where roguelikes weren’t known for their storytelling at all, and so many of Level-5’s future hallmarks were established with this game. It would be wonderful to see Level-5 come back to where it all started, but with properties like Yo-Kai Watch and Ni No Kuni, I can’t see the developer getting distracted from that any time soon. 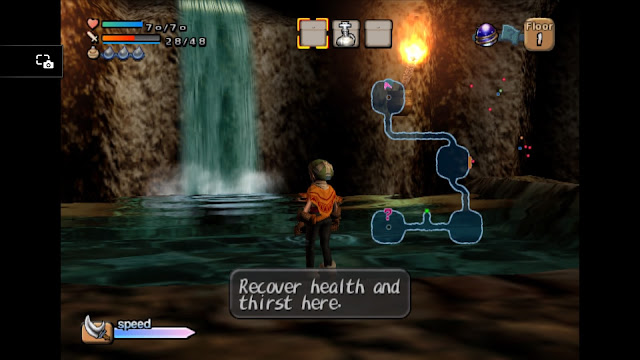 Ogre Battle is one of Square Enix’s forgotten classics. Developed by a studio called Quest, Ogre Battle belongs to the same universe as Tactics Ogre, but plays very, very differently. Ogre Battle is a blend of real time strategy and JRPG. You’ll form small units of a wide range of different magical creatures, wizards, soldiers and heroes, and then direct a dozen (or more) of them around a map, even as the enemy sends their own units back at you. Watching units build up, and exploring maps for all kinds of secrets and rewards, made for an incredibly satisfying epic. 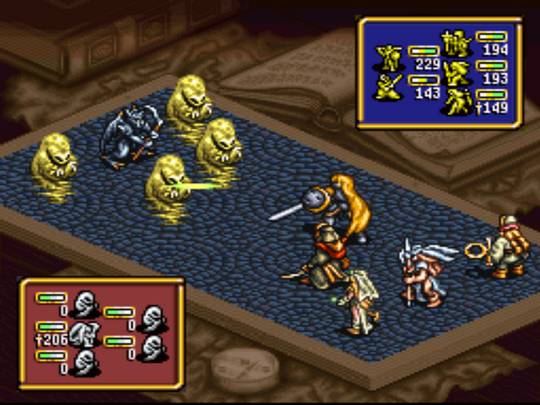