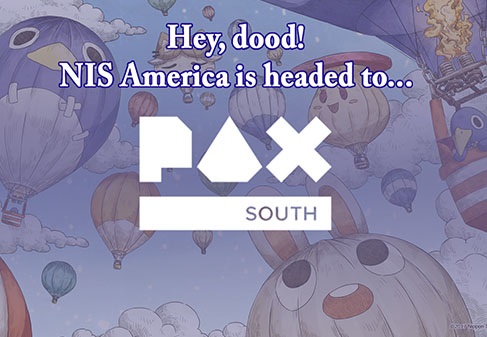 NISA is one of the most prolific publishers out there – bringing across dozens of Japanese games every year. Some of which are developed by NIS itself in Japan. Others are third party titles that the team at NISA think we’d be interested in.

It’s not taking the team long to kick things off in 2019. NISA has sent around a note, saying that the team will be attending PAX South this year, and at the event they’ll be announcing a new game. What could it be? Personally, I’m hanging out for God Wars 2, but I’m sure whatever it is will be something great.

This year really is kicking off with a bang!