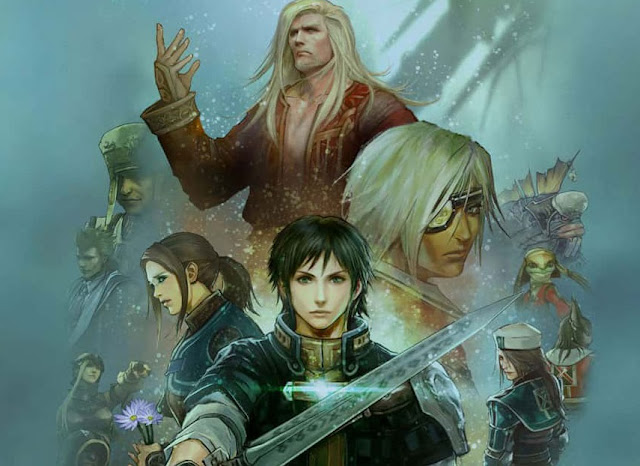 I never had the opportunity to play The Last Remnant on its initial release in 2008. It was a console exclusive on Xbox 360, and I didn’t spend much time playing that console at all. I’m so glad that for the remaster Square Enix brought it to PlayStation 4 rather than Xbox One (which I don’t have), because this game is Square Enix at its very finest.

Right off the bat the game the game felt familiar to me. The lead character – Rush Sykes (a name that’s a bit on the nose, but charming in its kitsch quality) – was heavily reminiscent in tone and behaviour to Tidus from Final Fantasy X, while the environment designs had a exotic quality that if you squint, you could almost see Final Fantasy XII in them. Given the respect that I have for both Final Fantasy X and XII, being able to draw ready comparisons to them put me in a good frame of mind from the outset.

The Last Remnant also shares a sense of the epic with Final Fantasy XII. Both games are, at core, about globe-shattering political maneuvering, and both games feature a rather naive boy that’s thrust into the thick of it unwittingly. Skyes finds himself chasing down a rogue element of an incredibly powerful scientific guild, who has captured his sister for reasons that, of course, aren’t immediately obvious. The stakes are huge though, and that becomes obvious very quickly once the Remnants are introduced. These are sentient… things, that powerful leaders form a bond with and, once done, are able to wield the power to create safe, comfortable cities for people to live in in an otherwise hostile world.

This game really is Square Enix at its absolute best. So glad I’ve finally played it. #PS4share pic.twitter.com/ug6xXNOBIG

The core themes at the heart of The Last Remnant are that tension between science and faith, and the need to have a respect for a primal spirit and “living-ness” of the world around the characters. The plot is winding and the machinations that it works through are complex in ways that only mid-era Square Enix games can be, but the crux of The Last Remnant is comfortably familiar; it’s another reminder from a Japanese game developer that for all the progress in the world, those deeply held Shinto beliefs that cut to the core of the Japanese culture are still relevant and something to be remembered. Progress without respect for the primal can be catastrophic – a lesson that makes The Last Remnant, if anything, of greater metaphoric value now, in the modern world where there’s a struggle across the planet to remind people of the value of the earth itself.

It’s just as well that the narrative is comfortable and familiar for Square Enix fans, because the combat system is very different to what Final Fantasy or Dragon Quest fans would be familiar with, and might take some getting used to. In fact, it’s not really like any other Square Enix game, or any other JRPG out there. Really, The Last Remnant is a bit of an oddity. Rather than controlling individuals on the battlefield, in The Last Remnant you instead control small “units”, which operate as one. Each of the individuals within the unit contribute some kind of power and health to the overall unit, and all characters continue to operate until the entire unit is defeated.

These units then fight enemy units, and positioning is important. Come at an enemy from a side, when it’s already engaged in combat with another of your units, and you’ll get a big flaking bonus. Conversely, make poor strategic decisions in how you use your units, and you’ll find yourself decimated, and fast. The Last Remnant isn’t forgiving of poor strategy, and at first, because you don’t control the movement of the units directly (and only have a limited perspective of the battlefield thanks to the camera angle), it can be difficult to understand the way that space and movement works in the game. 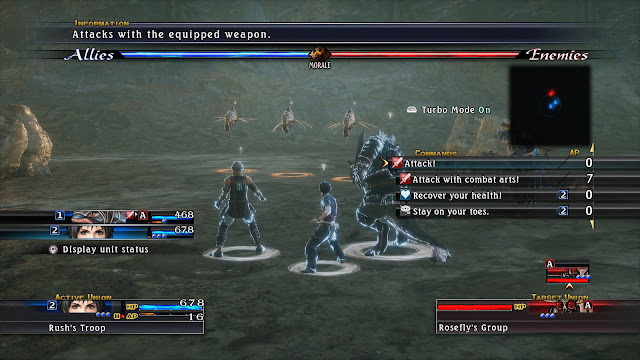 It’s worth persevering with, however, because The Last Remnant’s combat system is deep and rewarding. Finding the right mix of mercenaries and heroes to build up your units is a brilliant little system; you’ll find yourself constantly wandering into each city’s guild hall just to see if there are any interesting new recruits to bring into the fold. Each unit might only comprise of a small few soldiers, but their positioning and role within the unit is important, too, and there are a wide range of “strategems” that you can unlock that let you experiment with units that have big, beefy covers for ranged specialists behind, or units that are all focused on nimble, hard-hitting glass cannons.

Once the game’s opened up a little and you can take multiple units into battle with you, forming a good mix of units to handle a wide range of different enemy situations is important, too. Even common enemies typically have strengths and weaknesses that can make them tricky if you haven’t structured your unit properly. Initially, The Last Remnant’s combat system seems like a superficial skin over a traditional JRPG combat system, but just as the narrative starts to heat up, so does the mechanics, and soon enough, it becomes quite clear that the game is its very own beast.

I wish the level design were better, though. Square Enix, throughout this particular era in its history, did have the habit of crafting very limited and uninspired worlds to explore. Dungeons were uninteresting “point A to point B” paths, and the occasional puzzle was forced and arbitrary and rarely fit with the environment around it. Everyone remembers the hyper-linearity of Final Fantasy X (and those woeful orb puzzle stages), and the bland dungeons of Final Fantasy XII. The Last Remnant belongs to the same tradition. Given that those dungeons are merely the frame, and the picture is the combat on the way to pushing the narrative forward, I don’t think the dungeons in The Last Remnant detract from the overall quality of the story, but if there’s one thing I’m very thankful to Dark Souls for, it was that the game reminded developers that level design should almost be a character of its own. What we see in The Last Remnant has, thankfully, largely been left behind. 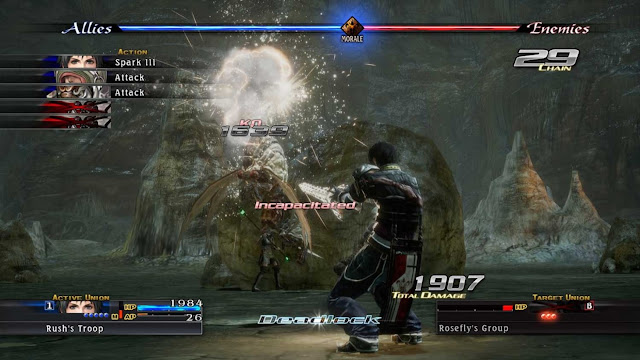 Having not played the original release of The Last Remnant, I can’t comment on whether the quality of the Remaster has improved the experience in any substantial way. I know that people had great issues with the way the camera worked in the original, and while I’ve seen better cameras than in the Remaster, I also don’t think it has inhibited the game in any way. Environments are relatively lacking in detail due to the age of the game, though as I mentioned before, the art direction, being reminiscent of the exotic aesthetics in Final Fantasy XII, is exceptional. The shift to Unreal Engine 4 for the Remaster does ensure that the world look nice and crisp, and characters and monsters are generally animated well. It’s obviously a remaster of an older game, but it’s a good one.

The Last Remnant is perhaps doomed to be one of Square Enix’s forgotten classics. It never earned itself a sequel, and for years languished on a platform that people never really bought into for JRPGs. Perhaps with the PlayStation 4 release of the Remaster, the game has a chance of finding a new audience, though, because it weaves a ripping yarn, and has a beautifully detailed combat system that is endlessly rewarding to tinker with.