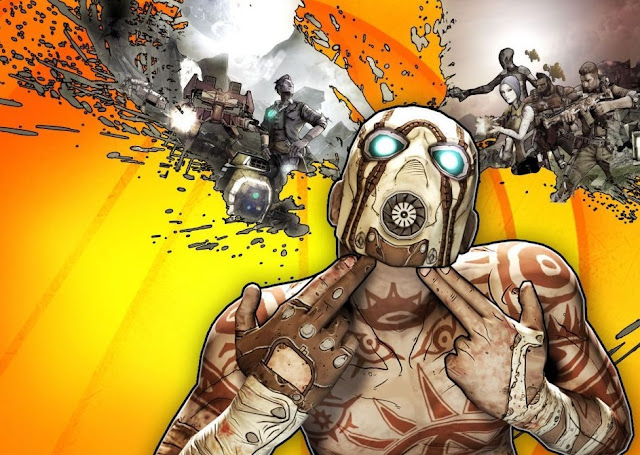 The PlayStation VR headset has been home to an amazing array of original experiences. Like most devices, it also has a bunch of stuff that has been ported over from elsewhere in order to make a bit more money for the developer and publisher. Some of these have worked out well; Skyrim VR providing players with such immersion that it was like playing something entirely different, and the epitome of the Elder Scrolls vision. It is unfortunate to report that Borderlands 2 VR fails to do the same.

I will note that I am one of the rare folk that can play even Nintendo’s early era VR console, the Virtual Boy with no motion sickness, even during long play sessions. I have also played many games on PlayStation VR, including Skyrim and Doom VR with no motion sickness whatsoever. I make this note, because for whatever reason, Borderlands 2 had me reaching for the bucket on more than one occasion. That’s just something to be aware of going in.

There are many control schemes in Borderlands 2 VR, as the team attempted to find a way to make the game work in the very different environment that is VR. First person shooters do need to be looked at a different way once head motion tracking and the like is involved. The solution in this instance was to provide players with several options for both DualShock 4 and the PlayStation Move controllers, and then let them figure out which works best for them. Additionally, there have been a number of small tweaks made to tailor the experience and account for the different way to play. 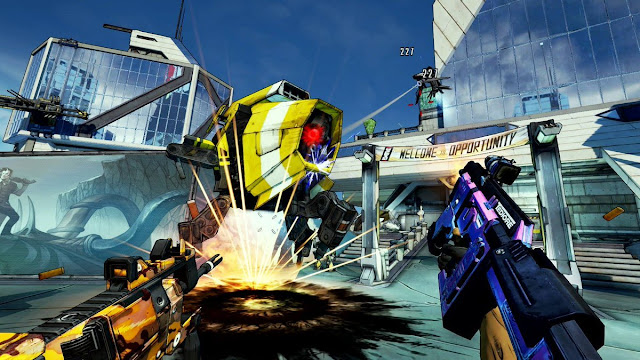 Unfortunately for me, absolutely none of these schemes provided an enjoyable experience. The closest I could get was to use the right stick for turning, similar to a non-VR game. The problem I faced was that turning is not analogue, meaning I could only turn at one speed until I dropped back into the options and changed the speed of turning that way. The way you would expect VR to work; turning the character by physically moving your head is another option, and is good in theory, but awful in practice. Quite often I found myself craning my neck before it was apparent that I needed to use a quick turn with the right stick.

Just as infuriating, even at the beginning of the game I had to shoot at some critters that were below me, I could not actually aim at them because my chest was in the way of my chin. The game credits itself for allowing maximum comfort when playing, though there are many sections of the game that required me to get off the couch in order to properly aim at enemies and loot the various crates littered around the landscape. The idea of getting off the couch is not the problem, it is the fact that the player is wearing a VR device the whole time and getting up and down to play the game is not exactly a safe experience. Most people have tables and things in their lounge rooms.

In a way to alleviate some people’s problems when playing, there is also a teleport option to handle movement. The theory behind this requires the user to hold a button while looking where they want to travel to. In most areas that I tried this out, I could only teleport small distances at a time. Another problem I faced was the fact that there was no way to walk backwards when using the PlayStation Move. So, yes, while I appreciate the range of controls, especially at this early stage in VR where no one has quite figured out the best way to handle ports of non-VR games, but as I said earlier, in this case none of them were as enjoyable as what Bethesda has achieved with the likes of Skyrim and Doom. 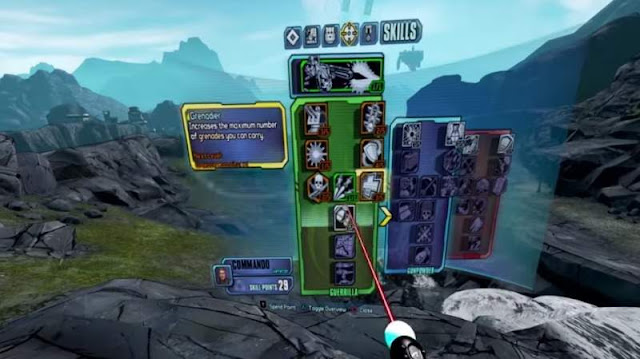 The transition to the virtual reality space hasn’t been a complete disaster though. For those who have yet to play a Borderlands game, Borderlands 2 takes place in the world of Pandora. It’s a bleak planet that simply looks amazing in VR, thanks in part to its cel-shaded art style that looks great in the lower resolutions of VR thanks to the simplicity in detail. Traversing around the landscape, I found myself awestruck by the new perspective on the world, before of course, coming across hordes of creatures to kill. Once you’ve wrestled with the controls to the point you can actually play the game, you really do feel like you are within the world of Pandora.

However, the limitations of VR really take their toll on the actual game design. Borderlands was always best played with others. Taking on missions and performing tasks for NPCs was always a hoot, and cooperative mode was a main focus of the original game. Conversely, wandering around Pandora alone – which is what you’re forced to do with VR – makes for a pretty lonely experience. Imagine if you played an MMO with nobody else in your party and you will have an idea of how this feels.

Another missing element of this release is the downloadable content. Normally I would not complain that a game is shipped without DLC, but in this case, the game has already had a HD remaster on the PlayStation 4 with all additional content included. Why it isn’t here is a mystery. 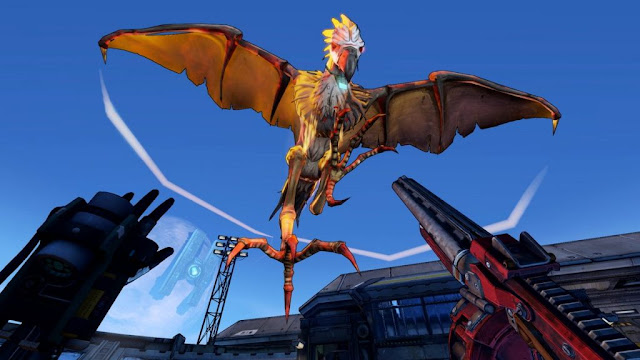 In any case, what comes in the basic package is still enjoyable. You still choose between four different classes that come with different characteristics which suit a variety of play styles. There are still a huge variety of weapons available and loot to find. It still feels like a First Person post-apocalyptic realisation of Diablo. The characters in the game such as Handsome Jack and Claptrap are still the well-written characters they always have been. Every one-liner hits just as hard and fast as always.

Despite the original PlayStation 3 version of Borderlands 2 ending up with an aggregate score of 91 per cent on Metacritic. It’s hard to recommend this PlayStation VR release. It does contain all of what made Borderlands 2 a delightful game, but it’s the inferior version, trading comfortable controls, co-op and DLC for the marginal thrill of having a 360-degree perspective on the world. You’re better off grabbing the Handsome Collection if you’re a fan of Borderlands that somehow hasn’t done that yet. Otherwise, Borderlands 2 VR is a reminder that you can’t simply copy/paste an existing game into a VR engine and expect it to work.