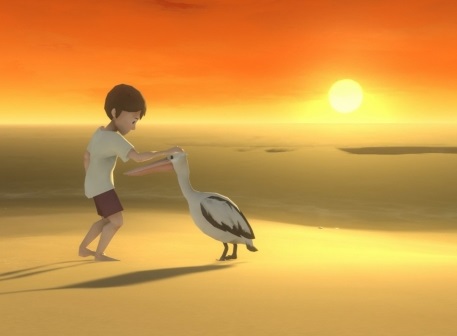 Colin Thiele’s Storm Boy is a book taught in primary schools across Australia. It’s a touching story of a boy living with his reclusive father on the wild South Australian coastline, and his interactions with the natural environment. I have fond memories of this story as one of the first books I’d finished in English, and I think that if I dug around, I could find the poster I made on pelicans in third grade.

Two months ago, when a beloved used bookstore in Sydney closed, I picked up a water-damaged copy, and a bunch of my friends remembered reading the book too, even though none of us could recall any plot details. I love that Storm Boy is part of an unspoken collective Australian consciousness, and so while people my age might not be the target audience for Sydney based Blowfish Studio’s adaptation on the Nintendo Switch, I’m still hugely excited that there’s now another way that people around the world can enjoy this classic novella.

The game adaptation absolutely nails the graphical style, creating a world which is both whimsical and yet reflective of the Australian landscape that is so crucial to the success of the book. The rolling sand dunes and white crested waves are animated with care, and are a joy to run through. The animations are similarly detailed, and this game can easily hold the title of best animated pelican in the whole industry. 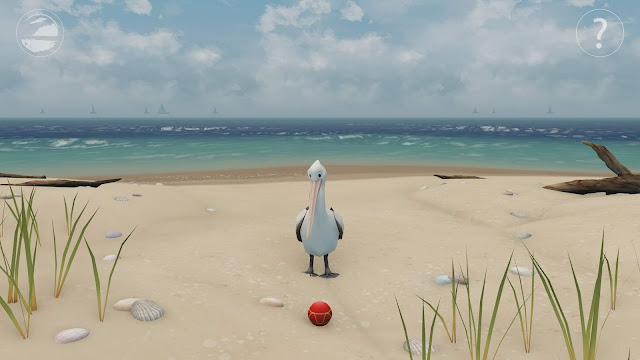 The story of Storm Boy concerns the friendship between the protagonist and a pelican which he raises, affectionately naming Mr. Percival. Together, they play along the beach as a normal boy would play with a puppy. This is represented through various minigames which can be played with either touch or button controls – everything from playing catch, drawing lines in the sand, or flying around the landscape.

It has to be mentioned that as an adaptation of a novel, Blowfish Studio’s Storm Boy is not a traditional game, as much as it is a space to play in. The story is told as a two-dimensional walking simulator, and the plot unfolds as you walk to the right. Every now and then you can tap into the aforementioned minigames, but these do not have scoring systems or anything of the like, and instead act as small empathy moments to get the player into the headspace of the boy. The game eschews the need to add contrived challenge such as platforming segments or puzzles that impede the player’s progress.

This design choice leaves the game feeling short, depending on how much time you spend advancing the story and how much time is spent on the minigames. My total time spent lasted for around half an hour, which is as much time as it would take to read the novella straight. I felt that the decision to gamify the experience would have robbed the original story of its merit – Blowfish Studios did not feel the need to challenge players or make them compete, but just to encourage them to play – and so overall I think the adaptation works nicely. 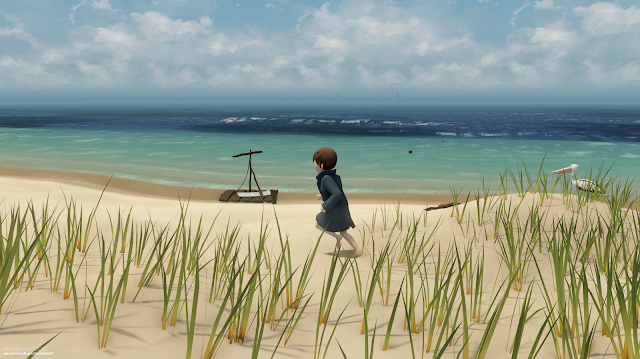 While I felt that the game’s depiction of the natural landscape was spot on, the adaptation does stumble a little in its portrayal of human relationships. The original novella, while aimed towards young readers, still had its fair share of loneliness and pathos. This is particularly shown through Storm Boy’s father, Hideaway Tom, who is driven to live in a run-down shack on the beach, and the inferences the reader makes about their family life – but this theme is largely absent from the game. The ending does poignantly capture some of the sadness in the original story, backed up by some excellent sound design, but the build-up towards it is patchy and ultimately the emotional weight is not as heavy as I would have hoped.

Nonetheless, Colin Thiele’s Storm Boy on the Nintendo Switch is a refreshing take on a classic tale, backed by high production values and a keen eye for beauty. Its brief runtime and interactivity could make it a great resource in the classroom as a companion to a study of the book, while parents are also recommended to pick this one up to play alongside their children.

There’s a new Super Robot Wars on the way