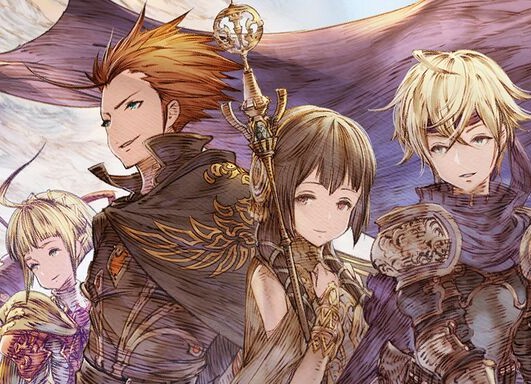 Once of the better value packages that you can buy on the Nintendo Switch is Mercenaries Saga Chronicles. The collection features three tactics JRPGs by RideonJapan, and while these games all come off as a cheap homage to Final Fantasy Tactics, and don’t reach the standards of other Tactics JRPGs on the Switch like God Wars and Disgaea, it is, nonetheless, a lot of chunky tactics action in a single pack.

Mercenaries Wings: The False Phoenix is a new chapter in Rideon’s ongoing saga. The series isn’t making enough progress in its storytelling or flow, and that’s disappointing, and naturally this is one game, rather than three, so doesn’t hold the same raw value as Mercenaries Saga Chronicles. That being said, it is reliable tactics fun.

As the title of the game suggests, The False Phoenix follows the story of a mercenary band that finds itself recruited into a war that has lasted for far too long, and stretched the state’s forces far too thin. As anyone who has ever played a tactics JRPG would guess, things start out very simply, with fights against disorganised rebel militia, and complaints about the amount the unit is getting paid for their efforts, but escalates into something far more epic in scope soon enough. In theory the game tries to address some difficult topics, from the corruption of a king, through to the behaviour of rival mercenary clans and indeed the “rules” of conflict, but every idea that the game brings up it leaves under-baked and simplistically written.

— High priest of the Church of Hatsune Miku (@DigitallyDownld) November 9, 2018

The presentation is pleasant, which certainly helps pick up some of the slack to make the characters and world interesting. Character portraits are absolutely gorgeous – and indeed right up there with the very finest we’ve seen in tactics JRPGs. The on-battlefield action looks very much reminiscent of the kind of aesthetic and style we saw with the Final Fantasy Tactics Advance titles on the GBA and then Nintendo DS, and that, too, is fine.

What immediately lets The False Phoenix down is the storytelling. The writing is so functional in tone that it doesn’t really do any of the characters any favours. There’s also far too much inane banter that simply doesn’t add anything to the overall narrative. Plot devices and character motivations also are too common for their own good, to the point of often dropping into cliche. For example, the hero lost her sister in a bandit raid and that inspired her to become a mercenary. There’s nothing unenjoyable about the narrative, but when I consider the way God Wars draws on the deep history and heritage of Japanese folklore and Shinto faith, or the wicked sense of humour of the Disgaea series, Mercenaries Wings is a step behind this.

As a tactics game, The False Phoenix plays exactly like its predecessors… and brings the same faults across as well. The biggest issue that the game has is that the enemies are far, far too passive. For the most part enemy soldiers stand still, or wander around a tiny little area of the map, and will only attack once one of your heroes gets within their movement range. As a result it’s possible to “creep” your way across most battle maps – dealing with one or two enemies at a time before spending a couple of turns healing up fully and moving on to the next opponent. 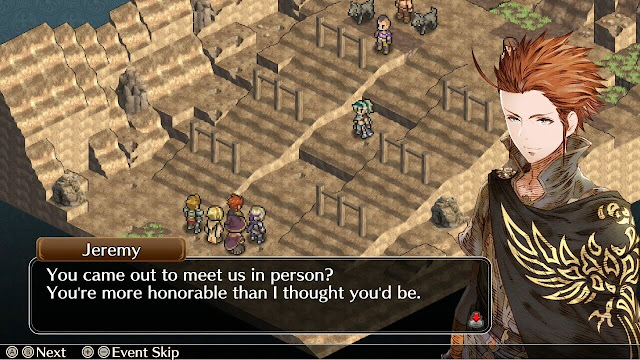 Each character has a range of different special attacks they can use, which are tied in to the “magic” bar, which grows for each character each turn. A soldier has melee special abilities, while a wizard can strike from afar; there’s nothing to how the character skills work that won’t be completely familiar to anyone who has played a tactics JRPG before. One thing I do like is the ability to weaken a special ability in order to conserve some magic power; especially useful if you want to do some healing or finish off a nearly-dead enemy, but don’t want to waste energy on the overkill in the process.

You do control how your character develops, by spending points earned through battle to upgrade their abilities. Then, at a couple of milestones, you also have the opportunity to specialise the character’s class, which makes them significantly more powerful. The only thing that lets the system down a little is that some skills are most certainly more useful than others, so, while characters already have a fairly limited set of abilities, the range of abilities that you’re going to actually want to upgrade is even less than that.

As befits a series that had its roots in mobile gaming, Mercenaries Wings can also become a grind. The strength of enemies can jump significantly from one battle to the next, forcing you to head into the “side battles” menu and fighting a couple of battles to grind up experience. I don’t mind grind in a JRPG, but it happens frequently enough here to disrupt the flow of the narrative, because those side battles are quite transparent in their role of experience farms. There isn’t even the slightest effort to attach some storytelling to them. You just pick a battle from the menu and go beat things up. 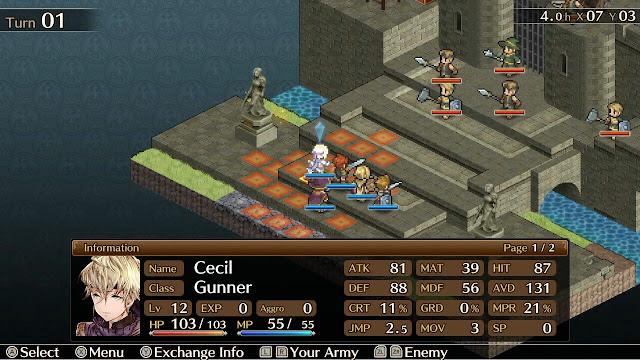 There’s absolutely nothing wrong with Mercenaries Wings: The False Phoenix. When you’re in the mood for a tactics JRPG, but not necessarily concerned with narrative, then this no-frills approach to the genre will scratch the itch. Really, though, this game’s biggest problem is that it doesn’t do enough to push the series forward from the predecessor, which is available as a three pack collection, and that comes across as far better value for the kind of experience that Mercenaries provides.