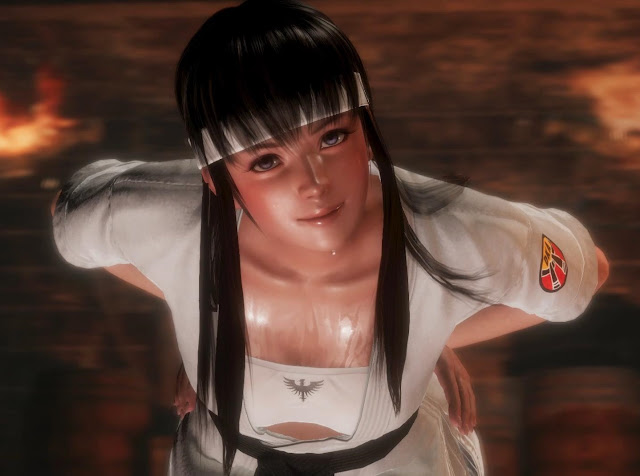 Dead or Alive is changing. At the same time, it’s remaining distinctly Dead or Alive. It might sound like a difficult thing to balance, but that’s clearly what the game’s producer, Shimbori Yohei, is aiming to achieve with what will be the biggest game in the franchise to date.

“We’re not looking to all of a sudden say ‘okay, we’re going to make this more like Tekken,’” Shimbori said, “Because that would no longer be Dead or Alive. We’re looking to what kinds of new things we can incorporate into the game, within the Dead or Alive structure.”

Related reading: Dead or Alive 6 is sexy. Here’s my hand’s on from Tokyo Game Show.

A changing approach to humour

This is where this new entity will diverge from previous entries. The original couple of Dead or Alive titles adopted a porcelain doll aesthetic for their characters, as well as the franchise’s infamously ridiculous breast physics for the women. This was in part because the limitations of the hardware made the mannequin doll look a more feasible way of doing attractive characters than aiming for realism. But, it also resulted in the games being over-the-top and hilarious, particularly with the way they presented their female characters, and that could easily be read as a commentary on the way that women are presented in video games in general (particularly when those early Dead or Alive titles were current). That reading is made stronger when you consider that the producer of those early titles, Itagaki Tomonobu, has more than a few times since proven a taste for surprisingly subtle commentary. 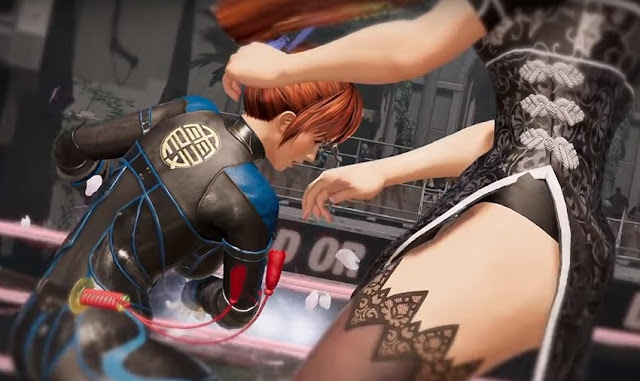 Much of that aesthetic and tone is gone from Dead or Alive 6. When I asked Shimbori how the team was looking to continue the series’ heritage for the over-the-top humour, he pointed to the stage design as being the real source of humour this time around.

“In terms of some of the humorous elements, we’ve really worked to make our stages really bizarre and really,” Shimbori said. I mentioned the demo I played on the Tokyo Game Show floor where hitting your opponent against the ‘wall’ hard enough would cause a pterodactyl to hatch and attack the character pushed up against the wall for a bit more damage, and we both laughed – it’s a fundamentally silly and over-the-top element that isn’t found in the stages of most other fighting games.

“Elements like that will surprise you the first time you see them in action, and that ‘what the heck is this’ response is what we see as the humour element,” Shimbori added. “Some other games might have some of those elements of those stages but I think we really go one step further than them – achieving humour is a difficult thing because how people feel humour is different worldwide, but I think this is something that will resonate everywhere.” 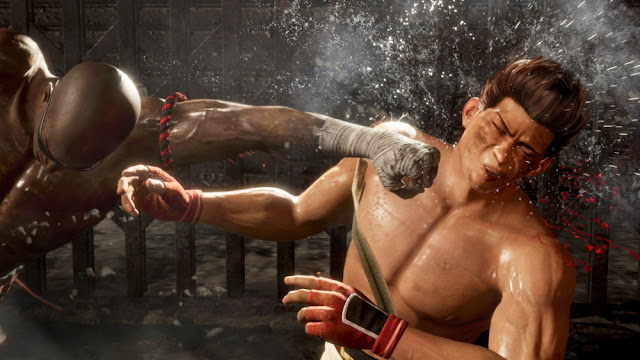 Finding the sensuality in a new Dead or Alive

What Shimbori sees as definitely not outrageously funny this time around is the women and their sexuality. And certainly Dead or Alive 6 has been a concern among some hardened fans of Dead or Alive this time around, precisely because they have perceived less ridiculous breast physics to be “less sexy.”

What people seem to have forgotten is that this “tone down” has already happened once. Dead or Alive 5, in shifting from the porcelain doll look to the more realistic aesthetic, is already an example of the series moving away from some of Itagaki’s vision for hyper-real and deliberately ridiculous depictions of female beauty. It was the costumes, especially the optional DLC costumes, where Dead or Alive 5 found much of its oversexualised humour, and while Shimbori was silent on DLC plans for this new one, these are surely to come following the game’s release.

As I noted in my own hands-on, however, whether there’s any DLC or not, Dead or Alive 6 is still very sexy. In fact, if anything, it’s aiming for something much more sexy, according to Shimbori; it’s aiming for a sexiness that is not funny. 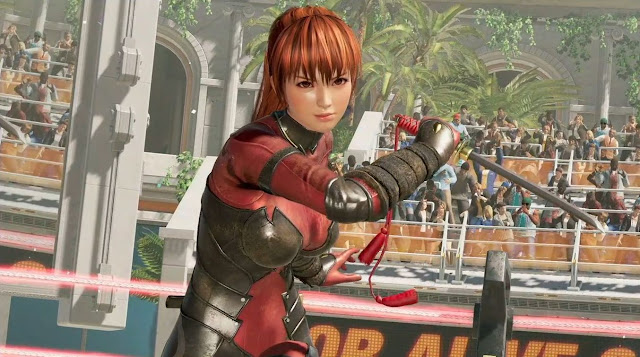 “It’s not necessarily that the less material that that’s on the character the sexier they are,” Shimbori said. “That’s not the approach that we’re taking. Within a realistic context, we’re looking at how we can we bring out more sensuality.”

Related reading: My review of Dead or Alive 5 on the PlayStation 4.

Sensual is the sweat that just drips off Marie Rose’s face and body after a hard-fought battle. It’s the elegance with which every character – male or female move over the battlefield. Tekken feels deliberately mechanical, in order to provide players with a perfect set of fighting game mechanics. Dead or Alive 6 somehow achieves more. This game is organic. And it is beautiful, and it is sexy. Surely, Shimbori and his team are relying on the stunning graphics engine that has been developed for Dead or Alive 6, with its real attention to detail in modelling flesh and bone, to create a very human-like impression for characters and their movement. Throwing in the supreme athleticism on display, and Dead or Alive looks purely athletic and graceful in action. That is sexy.

On why there’s now blood & bruises

This organic approach to character modeling and movement is also one of the principle reasons behind the addition of bruising and blood to Dead or Alive 6, Shimbori said. “With the new engine for it, we wanted to show what it could do,” he said. “The theme of the combat is that it is really intense fighting entertainment. So if you take the intensity, the blood and bruising comes into play.” 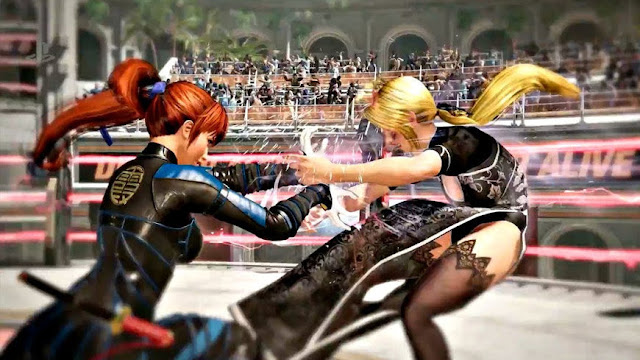 This addition has also been controversial. It’s thankfully completely optional, because, on a personal level here, I have absolutely no interest in bruising Marie Rose, Hitomi, or most of the other characters. I’m happy to give Zach a black eye though, so it’s a pity the game doesn’t allow for bruising to be turned on selectively, but the development team seems to be very aware that people take their favourite Dead or Alive characters very seriously, and the last thing they’d want is to see them raw and bleeding. But at the same time, Dead or Alive 6 is aiming to take the series to the blockbuster sphere of the fighting game world, and according to Shimbori, the violence will help there.

“It’s really to gain new Dead or Alive fans,” he said. “We’re working really hard on improving the graphics engine, so you can see sweat, you can see them get dirty, and with the faces, you’re able to move the flesh around through contact, so I thought ‘well, if you punch them, then obviously their faces will distort. So… why don’t we show that in the game?’” he laughed.

On being open to change

One other thing that Shimbori is absolutely clear on is that Dead or Alive has always been a series that has been willing to roll with the punches and go where demand is. “We like to see what kind of reaction we get based on the current approach that we’re taking,” he said. “It’s important that we can filter through feedback, particularly on social media, because there’s often a loud minority asking for something that most of out players are not that concerned with, but we do look at the sales figures and what has sold, what hasn’t sold, and we go from there.” 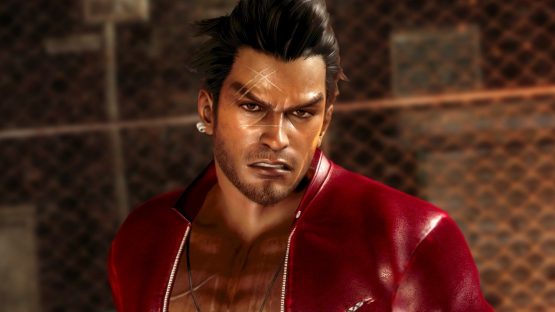 “Of course, we did create Marie Rose based on what we thought would make her popular, and there was a point during the process where we realised that she would be a hit,” Shimbori said. “But even then, her popularity is actually even beyond what we imagined.”

Speaking of characters, I also wondered if we would see a return of the guest characters that were common in Dead or Alive 5. There, fighters from King of Fighters, Virtua Fighter and even Samurai Warriors showed up, in a way that further added to the eclectic amusement of the roster. 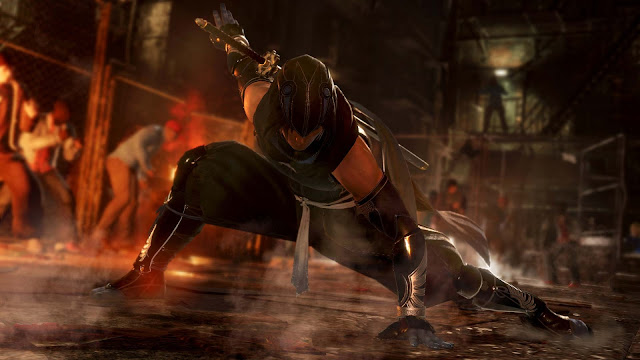 “One thing I can say for sure is that at release there will not be any collaboration characters,” Shimbori said. “But again, it is something that we are open to post-launch and I’m currently looking for opportunities. I can’t make any promises but I’ll do my best and if people have suggestions for who they’d like to see, definitely drop us a note,” he said.

Here at DigitallyDownloaded.net we’d just love it if all of our readers requested that our own mascot, Dee Dee, was brought into the game. Just sayin’.