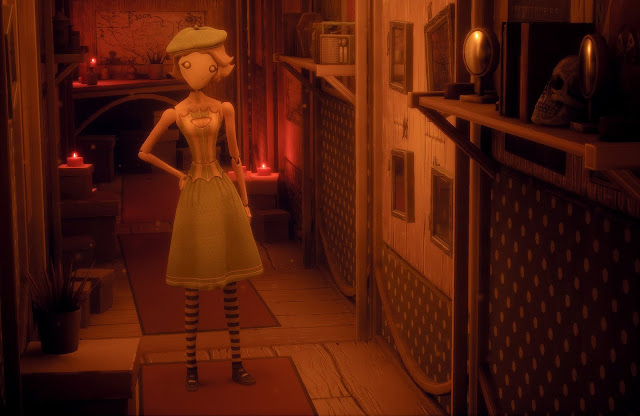 I’m so excited about this game that I’ve backed it myself on Kickstarter, breaking that promise I’ve mentioned making about not backing things anymore. But my gut tells me that 103 by Aussie developer Dystopia Interactive is not only something special, but something worth supporting through its development.

103 is set in the imagination of a girl named Lily, which contains her past, her dreams, her memories. Her imagination used to be a safe place, but something has changed and it no longer feels that way. There is a suppressed memory making her mind struggle, and you’ll need to help her piece it together.

Lily has always been a bit strange. Her vivid imagination and incredible memory give her the ability to create a home inside her mind, away from the outside world and the dangers that lurk within. She was happy living this way until a night out with her friends went horribly wrong, but now she doesn’t remember what happened and her safe space has been destroyed.

The story is told by looking at objects; the more you look, the more you see, and the more you’ll uncover about Lily’s past. You’ll also view pictures, read messages, and solve puzzles during your quest for Lily’s truth. What I love is that the game isn’t set in a vast world; rather, it is set in a small, detailed environment. 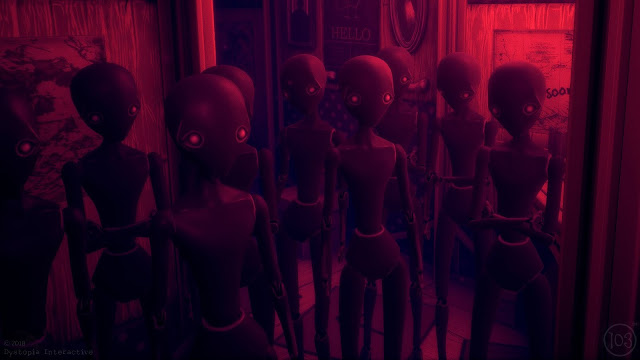 Currently, 103 has hit its goal on Kickstarter (yay!) but has a handful of stretch goals just waiting to be reached. At $15,000, 103 will be released on the Nintendo Switch following the initial release. At $25,000, that extends to PlayStation 4 and Xbox One.

103 is developed by Dystopia Interactive, founded last July in Melbourne, Australia. It’s goal is “to deliver deep and meaningful messages through short memorable gaming experiences,” which 103 definitely promises to do. The game will be released this December on Windows PC, Mac, and Linux. Don’t forget to back it here!