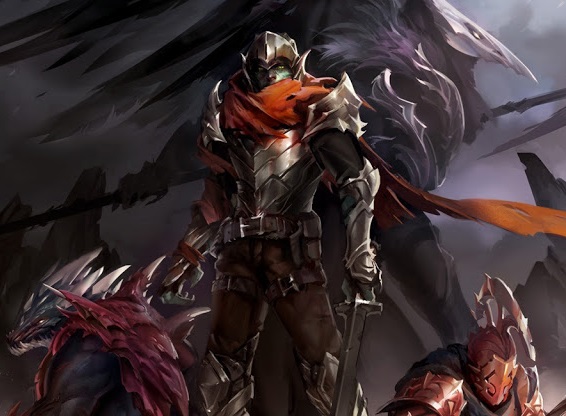 I came very close to writing off Death’s Gambit entirely early on in my time with it. After a surprisingly easy introductory level and a boss that I killed on the first go — something unexpected from a game that draws so clearly from Dark Souls and its ilk — I proceeded forward, only to get stonewalled by a tank-like boss suitably named The Bulwark. His attacks were tricky to dodge, too heavy to block, and hit like a truck when they connected; meanwhile, when I landed a hit on him, I could barely make a dent.

Related reading: The alternative for your 2D Souls-like needs is Salt & Sanctuary. Our review.

I spent the next few hours bashing my head against this Bulwark. A few exasperated detours to the other routes open to me only led to more dangerous trials, like regular enemies far beyond my own level and areas that I didn’t yet have the tools to navigate safely. Burly though he was, the Bulwark still seemed like the path of least resistance, so I fought and I died and I cursed and I tried some more, never getting any further.

Eventually I gave up, and I consulted a game guide. As it turns out, I was trying to fight this Bulwark chap far earlier than one ought to. A little hidden path in a corner of the game’s hub area—a place I swear I’d searched before, though clearly not hard enough—led to an area far better suited to my level. The enemies here could still drop me in a couple of hits if I got careless, but I could do the same to them. The three bosses here were far more forgiving, and before long, I had them all down. 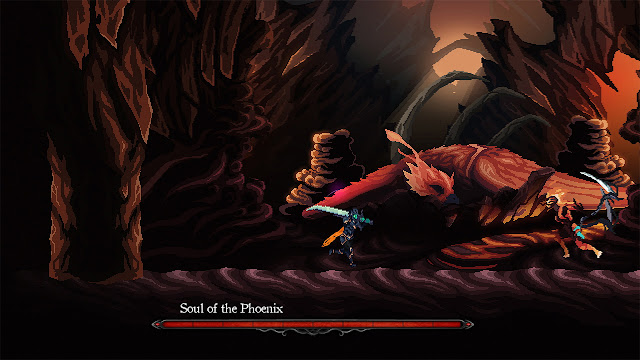 This little anecdote speaks to the experience of Death’s Gambit as a whole. It’s a game that endeavours to capture that style of challenge that at seems brutally unfair until you stop, take a breath, and meet the game on its own terms, but despite moments of genuine brilliance, it never quite gets that balance right.

Combat is at the centre of that. It follows the same mold as any other “Souls-like”: attacks are big and weighty, shields and well-timed dodges are vital to not getting torn to shreds, and a limited stamina bar makes every action count. If you get careless with your attacks and find yourself either stuck in an animation or without the stamina to dodge or block, you’ll quickly wind up dead.

In general this works just fine. Each new foe is a puzzle as you figure out what it can do and how to safely get around it, usually with a few deaths or at least a lot of pain. But once you’ve “solved” a particular enemy, you can cut through them like a hot knife through butter. It’s a simple, satisfying loop. That starts to fall apart when the placement and grouping of enemies turn into a game of chance, which happens too often in Death’s Gambit. Foes tend to cover one another’s weaknesses: one attack covers the vulnerable recoil of another; a nuisance enemy up front makes it hard to get to a safe space behind another enemy at the back; that sort.

Were this the product of finely-tuned design, it’d make for fantastic puzzles, but that’s not the case here. If you get unlucky, attacks line up in a way that’s seemingly impossible to deal with. You either get hit trying to squeeze through gaps that you can’t fit through, or play chicken as you wait for the dice to roll something more manageable. Needless to say, that’s frustrating.

Luckily, boss fights don’t suffer the same problems, and it’s in these that the combat system really shines. In a one-on-one fight, that puzzle-solving element really stands out, and the more elaborate attacks and patterns of the later bosses demand some creative solutions, and a mesmerising back and forth between you and your foe. Stamina seems stingier in Death’s Gambit than in other Souls-likes, but that just forces a more methodical approach that I think works in the game’s favour. 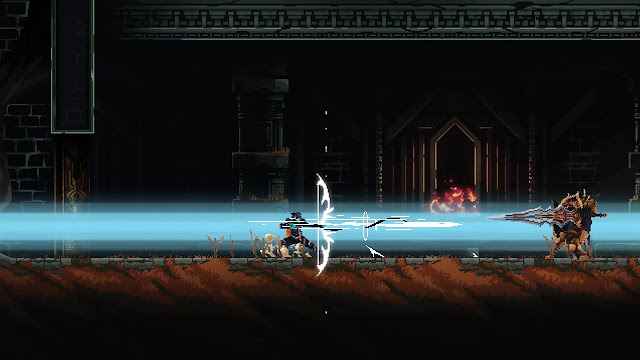 Death’s Gambit also runs some neat twists on the way the genre. Plume feathers are your main source of healing, and though limited in number, they replenish each time you visit a save statue—think Dark Souls’ Estus Flasks. However, you also have the option of leaving some (or all) of these at the statue for a damage boost, though that obviously means less healing on hand. You can freely leave and pick up your feathers as you need, allowing you to play around with this system as the situation (or your mood) demands.

Death, meanwhile, is made more manageable by using it as a source of overt storytelling. The game opens with your character dead on a battlefield, only to be resurrected as an immortal servant of Death for reasons unknown; from then on, “dying” is more of an inconvenience that sends you back to the last Death’s Idol you rested at, rather than your actual demise. Sometimes, a “death” will trigger a flashback to your characters childhood, growing up as the son of a warrior mother, and the events that led to his dubious contract with Death.

Beyond that and the occasional vague snippet of dialogue, Death’s Gambit tends to stick to the same sort of abstract environmental storytelling typical of Souls-likes. The game’s world is a fascinating one of grim horror and gothic beauty, of outlandish beasts and mad people, and it’s largely up to you to piece the story together. Despite the wartorn landscape and challenging nature of the game, the soundtrack is oddly calming and serene, in a morose sort of way. 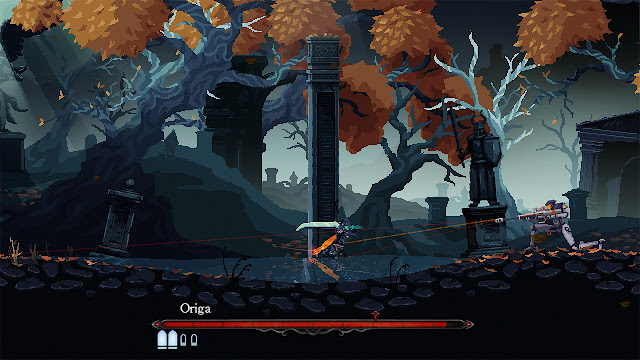 That makes Death’s Gambit worth seeing past through its more frustrating moments. It may not quite have the finesse of its inspirations, but it delivers a world that’s no less fascinating to explore and bleak (though also hopeful, somehow) story that deserves to be uncovered.

– Matt C.
Contributor
Find me on Twitter: @MC_Odd
For more of my writing, visit Shindig.nz

Want to write about games? DDNet wants to hear from you!