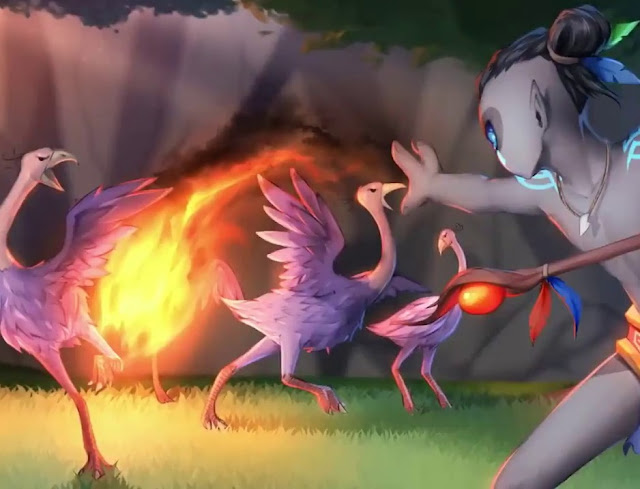 Tanzia isn’t the first single player game to attempt to emulate the classical MMO. It won’t be the last. There have been successful attempts at this; the Sword Art Online franchise, for example, or Cyberdimension Neptunia. And then there’s Taniza. Dear lord is Tanzia a brutally dull slog.

There’s nothing appealing about the world of Tanzia. It looks like it was ripped right out of a generic indie attempt to “do a World of Warcraft” with very little thought put into compensating for the fact that with proper MMOs, the player-to-player interaction fills an otherwise fairly blank slate experience. So much of the MMO structure can be summarised as “move from point A to point B, kill a certain number of enemies, retrieve a certain number of items, visit the quest giver to claim a reward.” It’s simply not that interesting in itself. What makes it interesting is the scale of the worlds (MMOs being huge places with so much to explore), and the ability to socialise, form guilds, and bond with other players.

The team behind Tanzia seems to have thought the core gameplay loop is what defines an MMO, and with rare exceptions, has stuck to it like superglue. What little narrative it offers (a bad Skeleton King has arisen to threaten the peaceful home of the race of goblin-creatures that our hero belongs to) is insipid, environments and dungeons are designed exactly as you’d expect for a MMO, and the enemies come at you in much the same way. 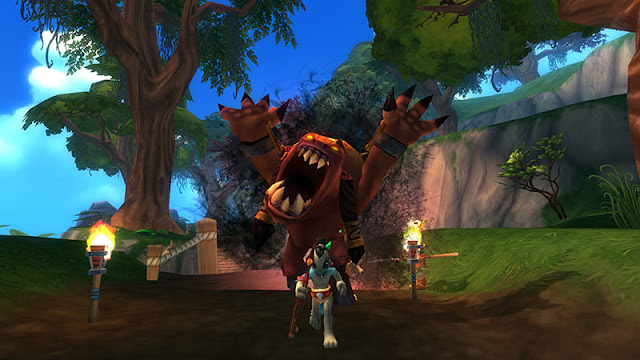 The aesthetic is also painfully derivative. It’s just so hard to get past the “bland World of Warcraft” impression, other than to recognise that the game’s world is ridiculously tiny for the kind of experience it is. Each area to explore barely holds a few dozen enemies in it, and it takes just seconds to cross from one end to the other. About the only thing that will slow you down is the silly difficulty spikes and the occasional arbitrarily physical block, usually to the effect of “complete this quest for me and you can push onwards.” Eventually, as it turns out, there are a fair few different areas to visit, but it’s doled out in such tiny portions that Tanzia never gives itself the chance to feel suitably epic.

The other thing MMOs are known for is giving players an absolute wealth of skills and abilities to learn, and the combat systems can be quite complex as a result. Especially when you’re taking on a big boss monster that requires you form a team and each player bring their unique skills and abilities to the party. Tanzia has a embarrassingly tiny range of spells to learn, and that’s the entirety of the combat system. Melee combat barely even works as a last resort, and so you’ll find yourself hurling the same old spells around far, far too early in.

Tanzia never picks up from there. Bosses aren’t any more interesting because there’s no co-operation with other players and complementary character skills. Because there’s such a thin range of skills there’s little sense of progress, and levelling up the character doesn’t bring much of a sense of reward. The game’s alternative systems, such as alchemy, are similarly stunted, and seems to be more an excuse to force players to run around every square centimetre of an environment looking for materials to pick up than anything that adds to the character, lore, or narrative. 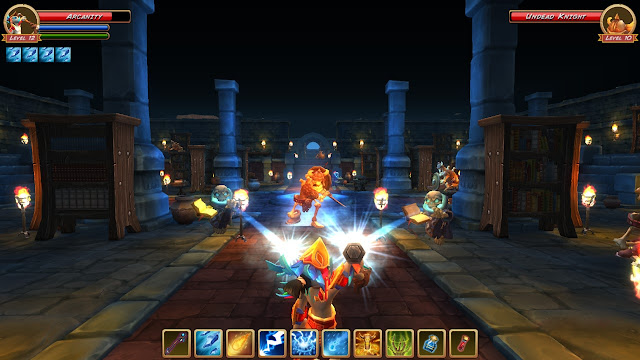 Every enemy needs to be defeated with a specific attack pattern and combination of spells. Stuff they’re weak to they’re too weak to. Attacks they’re resistant to will never work well not matter how much grinding you do to make yourself too powerful. Within an hour Tanzia becomes a game solvable by rote, and with a near complete lack of storytelling to make that dull busywork worthwhile, it’s all too easy to put the game down and never want to come back to it.

You would need to be a really big fan of MMO combat to get much lasting value from Tanzia, and while I know a lot of MMO fans, the combat is rarely something they will single out as a reason they like the genre. It’s pretty in a generic manner, and has enough content that it will satisfy people that don’t much care for creativity. But there is a point where a homage becomes a flat-out copy, and sadly, Tanzia simply doesn’t seem to care that it’s so brazen in its “influences.”