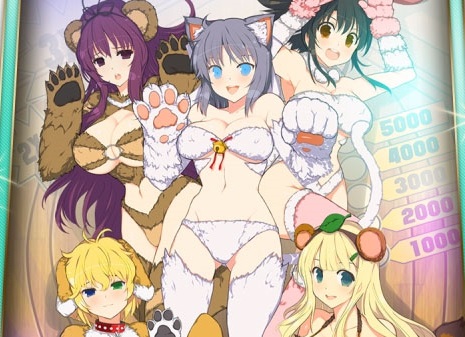 There was a stream overnight giving people the first look at a new Senran Kagura game in action. Unlike most of the titles in the series, however, this one is not an action-heavy brawler. Oh no. Peach Ball: Senran Kagura is a pinball title. And it’s every bit as ridiculous as it might sound.

The gameplay footage (which YouTube pulled the plug on mid-stream, once again demonstrating the standard hypocrisy of the west towards anime stuff), is indeed ridiculous, and every time you think it has hit a peak, it goes one step further. This video below comes with a very strong NSFW warning.

I wouldn’t expect this game to get an English localisation, to be honest. But then I thought the same thing about half of the other Senran Kagura titles. If this one does come out west, it will be released exclusively (as far as I can tell) for Nintendo Switch. Imagine playing this on the train on the morning commute to work.