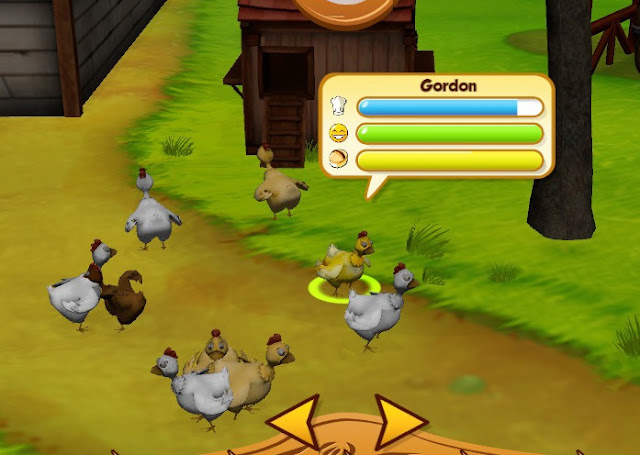 I have no idea how My Farm has survived as a franchise. This series has been around for a shockingly long time – you could buy My Farm titles on the DSiWare download shop way back in 2010. That means people keep buying these games… but why? The best moment that comes from them is when you buy a duck to add to your farm and the auto-namer calls it “Donald.”

My Farm bills itself as a farming simulator, but that’s really stretching the definition of “simulator”. Farming Simulator this is not; there’s no need to meticulously manage stock, and buy two dozen different bits of highly specialised equipment just to keep the farm running. Nor is My Farm an abstracted down “simulator” in the sense that something like Harvest Moon is. There’s no narrative, for a start. No. My Farm is more like Farmville; that Facebook game that the world has largely moved on from. You buy animals with your virtual currency, feed them, and then they automatically generate a “product” every so often (eggs, feathers, milk, etch), which you then sell to earn more virtual money.

My Farm’s animals have a ridiculous return on investment on them. The cost to feed them is a fraction of what they’ll produce in return, and while they will sometimes get sick, and you’ll need to feed them special (more expensive) medicine, it would be an understatement to say that My Farm makes it easy to make money. So easy, in fact, that despite being the only part of the game that you need to “manage”, you’ll all but forget about it within the first hour or so play. This issue is only compounded by the experience system the game has. Ever so often, by simply looking after animals and slowly filling the farm up with buildings to house animals and so on, you’ll “level up,” and the rewards that you get from doing so are significant; big piles of feed, or even free animals. 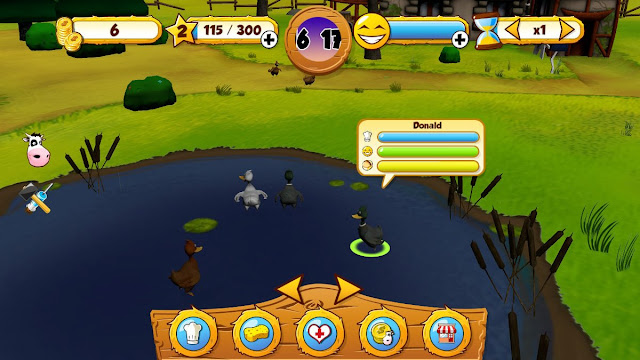 The game plays itself, in other words. That can be perfectly fine in itself. For times where you need to shut the brain off, or when you’re doing something else at the same time, like watching a movie, a largely passive experience can fill a niche. But My Farm is so utterly without personality that it fails at being a good example of that. The animals don’t do anything more than wander around, and while you can give them “silly” colour patterns, that becomes a visual bore very quickly. Those same animals also occupy a weird spot between cartoon design and “realism,” which means they’re not realistic enough to make My Farm look authentic, but not cartoony enough to have a personality via their design. It’s very, very generic work here.

Even if you do like the look of your animals and farm, you’re so limited in camera angles and options that you can’t really enjoy the fruits of your “labour.” You’re stuck watching these cheap little animal models wanderings around from a boring, bland, isometric perspective. And you’ll only ever get to watch your farm, since the game’s “shop” for buying and selling stuff is a menu window, and nothing actually happens in the farm.

I firmly believe there’s room on the Nintendo Switch for a farm management simulator, where you buy and manage stock while keeping the farm’s doors open. I also believe there’s always room for a Farmville-like time waster; people have enjoyed time wasting games as long as there have been games, and there’s no shame in producing one of those. But My Farm is so painfully bland and poorly structured that it doesn’t work on any level, for any purpose.