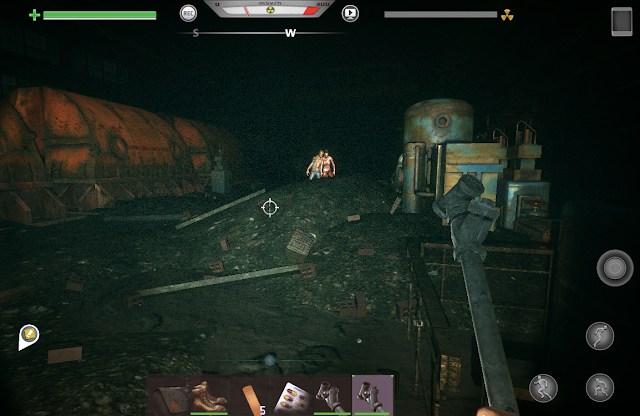 I am honestly not sure what I thought when I picked up Escape From Chernobyl. It’s developed by Atypical Games, the company behind Radiation Island… and it’s pretty much Radiation Island with a much darker location and general feel. The problem is, the developers decided to leave the fantasy universe setting of Radiation Island behind and drop you smack into the middle of an actual tragedy, and then pay ridiculous lip service to that tragedy. Yes, it’s that’s bad.

Chernobyl is an recognisable name and location due to the accident that occurred at the Chernobyl Nuclear Power Plant’s No. 4 reactor, just outside the town of Pripyat (which is now completely abandoned) in the former USSR (now Ukraine). Everything went wrong in the very early hours of April 26, 1986. Operators were completing a safety test requiring them to recreate a station blackout, which means all safety systems were turned off. Unfortunately, these operators proved to be incompetent, and they derailed from the checklist and subsequently arranged the core incorrectly. Reactor design flaws were the last part of the puzzle.

The result was unprecedented. Water mixed with steam, creating an explosion and graphite fire. The fire created nine days of updrafts that sent fission products into the air, moving into others parts of the USSR and Europe. The radiation was extreme, and the death count totaled at least 31 direct and 15 estimated indirect casualties, although those numbers can continue to change in the coming years as more research is conducted into those that may have been affected by the fallout. The Chernobyl disaster is one of two nuclear accidents to hit the maximum classification level, the other occurring in Japan during 2011. 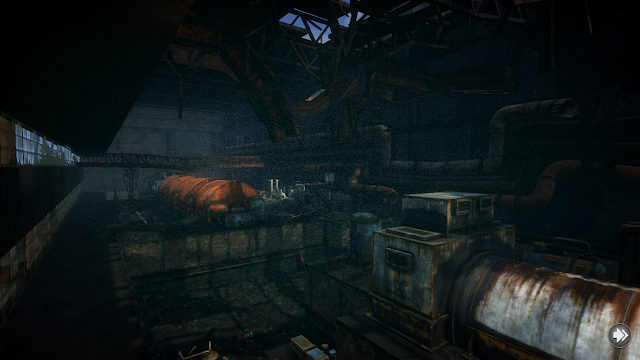 This next part to this historical story is for some reason the eeriest to me: what was left of the No. 4 reactor building was covered in what became referred to as the sarcophagus – a large structure covering the remains to prevent radioactive debris from spreading. And then they went right on using the environment around it again. Right next door, reactor No. 3 continued to run and generate power for over a decade longer.

That was a brief history lesson, I know. I’m sorry if you feel tricked coming in looking for a review, but the history of Chernobyl is incredibly important if a game is going to try and recreate the setting. It’s right in the name: Escape From Chernobyl. I expect the reproduction of No. 4 is quite true to life in its design (though having not been there I can’t confirm for sure), but I don’t feel as though the game pays any sort of respect to the gravity of the actual nuclear accident and those it affected. Instead, radiation becomes an excuse to throw zombies at players, and despite the fact two lives were lost in the reactor, there are infinite amounts of zombies in there now. Yes, this can be explained away through the little story and “experiments” the devs decided to throw at the game, but that doesn’t change the fact something just seems disrespectful about the entire thing.

The protagonist is a generic dudebro character. I suppose no thought was given since it’s a first-person perspective and you never actually see them… but it’s 2018. Why is the generic character a beefy white boy?

The narrative doesn’t help much. You turned on a tower in Pripyat, or so I think. The devs couldn’t even be bothered to spell it right: “Prypiat main tower.” I’m starting to wonder how much of a faithful representation of the reactor this game provides considering the city can’t even be spelled correctly. Anyway, you randomly wake up in No. 4, with no gear and a missing colleague. Don’t worry, she’s female, so at least the gender is represented.

Gameplay is fairly linear at first, as you find your way through the mazes of hallways and staircases that make up No. 4. After you get through this part, the game opens up to more of a sandbox mode. It doesn’t feel like a reward though, and it doesn’t actually do much with the openness to justify having that there in the first place. I know the buzzwords help sell game copies, but not everything needs to be open-world or sandbox.

I did enjoy the noise-based stealth system. Different shoes meant more or less noise in addition to other characteristics, and if zombies hear you they’ll come running (yep, they’re 28 Days Later style zombies). You’ll definitely want to listen out for them as well, and oddly enough, seek them out, as following a trail of zombies can help you find your way when you’re a bit lost. 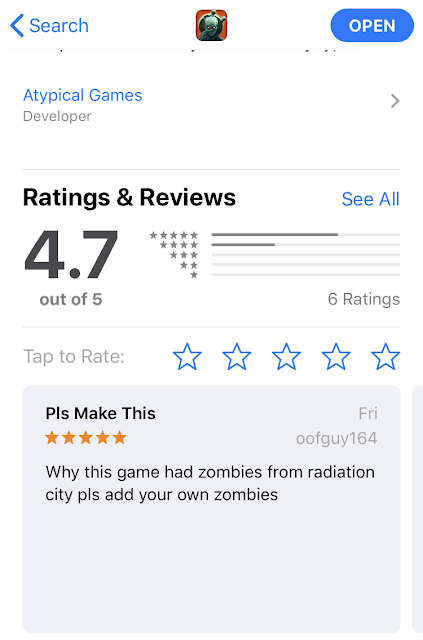 One of the first screens in Escape From Chernobyl recommends headphones, but if you’re not using a Bluetooth set your hand is going to hurt like heck from splitting fingers around the lightning cable, because this game spreads buttons all over the screen. Of course, this not an issue on all devices, but it’s still unintuitive even if you’re not going to have cords get in your way. Thankfully, the controls have a lot of customisability, and accessibility options such as having to enable camera bob instead of disabling it are refreshing considering the lack of insight in the rest of the game.

I’m not going to lie, one of my favourite parts of the game is actually the above review left on the App Store. I feel it perfectly describes the intelligence that Escape From Chernobyl is pitched at. It’s bad. It’s so bad. The entire experience was a test of my patience, and it’s run out.