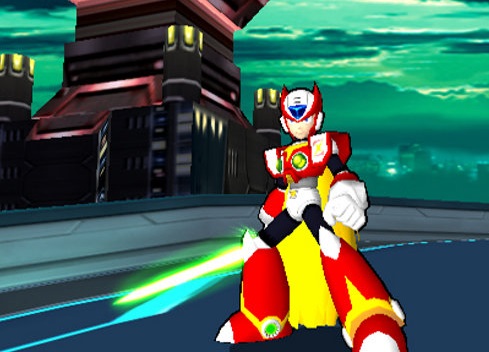 Capcom was never going to be content releasing just one collection of Mega Man X games; And so here we have a review of the second “collection,” which contains the second half of Mega Man X Legacy; X5 through to X8.

For the most part, these games are not as critically acclaimed as the first four, and with good reason. There were multiple reasons for this, first of all, Mega Man X7 and X8 attempted to transition to 3D in an attempt to modernise the games as just about every franchise was doing at the time. It didn’t work. Meanwhile, X5 and X6 simply weren’t designed as well. Somehow the graphics looked busier and more cluttered than the first four, making them look more like a shell of their former selves.

All four titles continue the exploits of Mega Man X and his gang of Maverick Hunters. I won’t go into too much detail as it is mostly a continuation of what I explained in the review of the first collection, but suffice to say there are some new characters introduced and similar stories told to keep things interesting and moving forward. 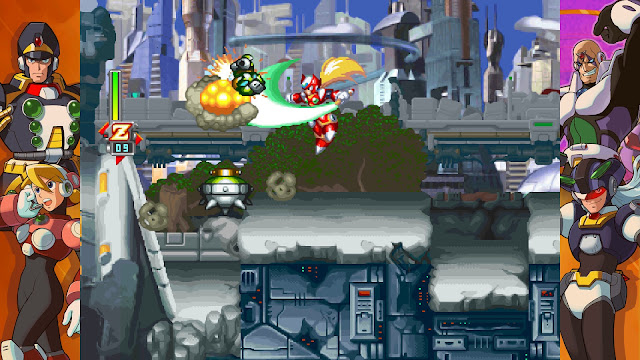 That’s not to say all the games in this collection are bad, they just haven’t aged as well. X5 and X6 are still mechanically well-structured platformers. Though the levels aren’t designed as well, and the soundtracks aren’t as memorable, they do just well enough to continue the narrative from the original games.

One neat addition to the formula, which started with Mega Man X5, was the inclusion of multiple endings, depending on how well the player played the games as either X or his Maverick Hunter partner, Zero. X6 continued this path and was to be the final game in the side scrolling platforming games.

As mentioned before, X7 transitioned the series into 3D. As Mario, Sonic, Zelda, Metal Gear and Grand Theft Auto had all successfully transitioned to 3D with resounding success, the clear path for Mega Man to stay relevant was to be in a 3D world as well. Unfortunately, the best way was to apparently send Mega Man, Zero and Axl (the third wheel invented for those two games) down countless boring, dull corridors that don’t look like they came from anything out of a Mega Man game. 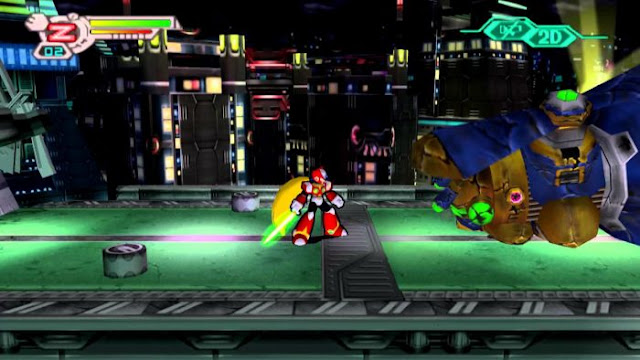 What made games like Super Mario 64, Sonic Adventure, Metal Gear Solid and Ocarina of Time so successful was the fact that they all felt like they were 3D realisations of the same 2D worlds that we previously found so absorbing. Bob-Omb Battlefield looked like an open field that could have easily been inspired by something from Super Mario World. Sonic Adventure contained all the loops and speed of the original Sonic games and did a great job of bringing Sonic into the 3D realm (a feat that was sadly very short lived and subsequent titles can make no such claims). X7, meanwhile, dropped the colour and vibrancy of Mega Man’s 2D exploits for an almost completely grey palette. X8 attempted to ease back on the 3D aspect of the game, but the aesthetics remain just as dull and lifeless.

Much like the first collection, Rookie Hunter is included again to not only assist those who find the games difficult but manages to lower the tedium in order to make the games much less painful to get through. Museum mode of course is included, containing just as much extra content as the first collection. This mode is worth the price alone for those with a mind geared towards learning the history of video games.

This appears to be a theme with the Mega Man franchise. Each series starts off well, and then after a half dozen or so numbered titles, the quality falls off a cliff. Much like with the original Legacy Collections, I would recommend the first collection over the second in a heartbeat if you were to only choose one. The games here aren’t necessarily terrible, but none of the games are on par with the essential experiences found in the first collection.

Here’s some footage of Super Neptunia RPG in action