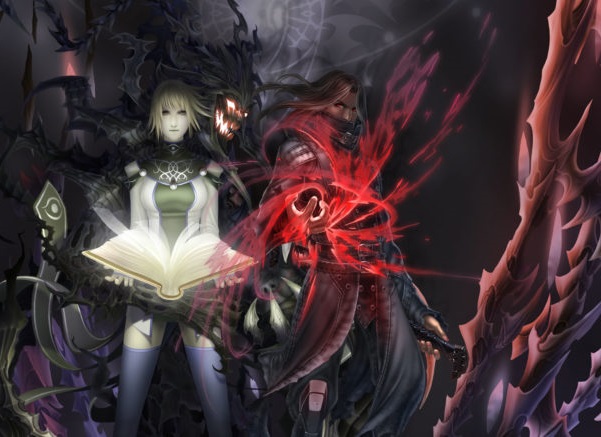 It’s difficult to think of Anima: Gate of Shadows as a game which came out only nine months before Nier Automata. It’s so convincingly similar to a janky, late-PS2-early-PS3 era game which nobody remembers but has just enough redeeming value to be interesting; and that sentiment runs through not just the mechanics but also the narrative, graphics, sound, level design, voice acting and more. Perhaps due to the game’s adorably modest original Kickstarter goal of $90000 (by comparison, Shovel Knight asked for more than three times this amount) or its source material: a Spanish gamebook series designed with fervent admiration towards 90’s anime tropes – the finished product taps into a David Lynch-esque “surrealism because we ran out of money” design philosophy which is objectively terrible, but also enchantingly interesting.

Related reading: Our review of Anima on initial launch

Despite billing itself as an action-RPG, Anima: GOM shares the most in common with cinematic brawlers like Devil May Cry and Bayonetta. Its fast-paced combat system combines combo-heavy melee combat with ranged magic attacks to mixed effect. The player has both a stamina bar for strikes and dodges and a mana bar for ranged spells, but both recharge over time and combat quickly becomes a question of whether the player prefers melee or ranged, rather than being a dynamic system which requires mastery of both. Pelting enemies with spells while dodging their return fire is reliable, but a bit boring. Dashing in to deal damage with melee combos is fast, but also imprecise and leaves you more vulnerable from enemy attacks that aren’t always telegraphed well. Dashing in to land a few quick hits and then making distance to fire off spells would be a great solution had there been some additional bonus built in for doing so, but at its current stage due to a finicky camera system remains the least preferable out of all the approaches.

Anima lifts cinematic brawler design specs all across the board, most egregiously in the use of camera techniques such as slow-motion on kills and fixed angles at more dramatic encounters. Combos are quick and responsive, and once everything is clicking in place the game feels excellent in your hands. Despite this though, Anima doesn’t feel fully like a game about combat. You’ll go for long stretches without fighting anything – instead you’ll solve environmental puzzles, do some basic platforming and navigate perilous traps. Most of these mechanics don’t feel as well planned out as the fighting, and the latter two can be utter frustrations, but it does show the developers’ intent on making more ambitious than just another Devil May Cry style brawler. 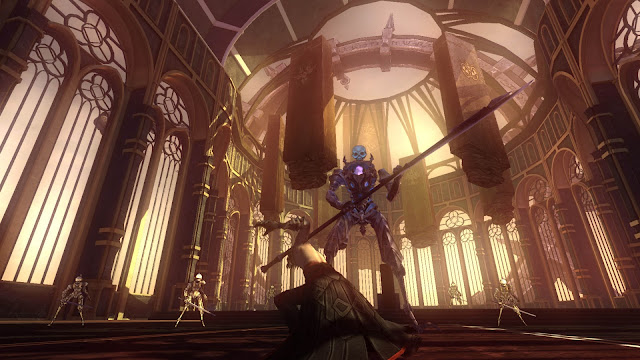 Anima: Gate of Shadows follows a level design philosophy similar to other low-budget JRPG’s like Pandora’s Tower or Ys Origins – it’s a self-enclosed story set in a cursed magical building within which there are portals to weird and varied landscapes. It’s an easy way to shoehorn in diverse environments for the player to explore without the narrative justification or art assets required to actually connect these environments into an overarching quest arc. The writers are then able to hint at a greater lore outside of the tower.

The actual writing however is of very questionable quality. The Bearer and Ergo have a kind of Kagome and Inuyasha relationship – The Bearer is witty, confident and assertive, but her positive qualities are dwarfed by Ergo who’s a demon of unparalleled power and thus gets away with doing and saying whatever he wants without consequence. There’s no shortage of cringeworthy jokes about the power imbalances in their relationship, which occasionally dip into the uncomfortable territory. Anima Project’s already deep and established lore doesn’t help, and the game suffers from some very slow opening segments backed by stilted cutscenes that feel like they’re meant to be viewed with a gamebook in one hand and a dictionary in the other. The story also leans heavily into the late-PS2-era-JRPG fare and plays every overwrought trope straight (remember, this is a Western developed game) and while there’s some earnestness to their approach, it does take some optimism to stifle a groan in some of the bigger plot developments.

The Switch release can also come packaged with an expanded side-story based on the antagonist of the first, titled The Nameless Chronicles. It’s a hard sell since it’s effectively a content pack that doubles the length of the game, but if you’re not one to enjoy the base story you certainly won’t be wanting more of the same. Whereas Gate of Memories allows you to switch between The Bearer and Ergo at will in combat to alternate between their (admittedly very similar) movesets, Nameless in the expansion just gets a buff spell that wrecks his target on his next melee attack. It just doesn’t feel different enough. 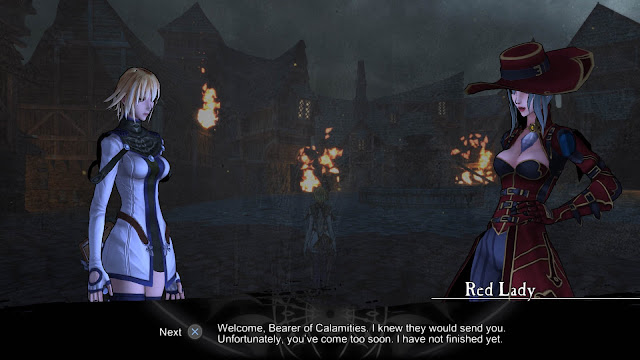 But the thing which makes Anima: Gate of Memories work is that despite the individual failings of nearly every part of the game, the finished package is coherent. I loved being transported into this mellowed out, warped yet familiar world – the designers are not just clear fans of the source material, but they’ve mustered a good understanding of why their inspirations were so effective. Being able to unravel the mystery of the tower and Anima Project’s dense fantasy world is fascinating. Had this game been released in 2004, there would be a dedicated online community clamouring for a sequel, or at least a remastering. If you’re playing this game in 2018, its verisimilitude is so strong that you almost feel like you’re playing a sister game to Chaos Legion, or Genji: Dawn of the Samurai. It’s an old game which is worth a look, even if it’s not going to live up to the lofty expectations of a modern Action RPG.

Photo of the day! The bridge at Odawara castyle

The games of July, and our favourite games of all time (Digitally Uploaded 2018, Episode #24)