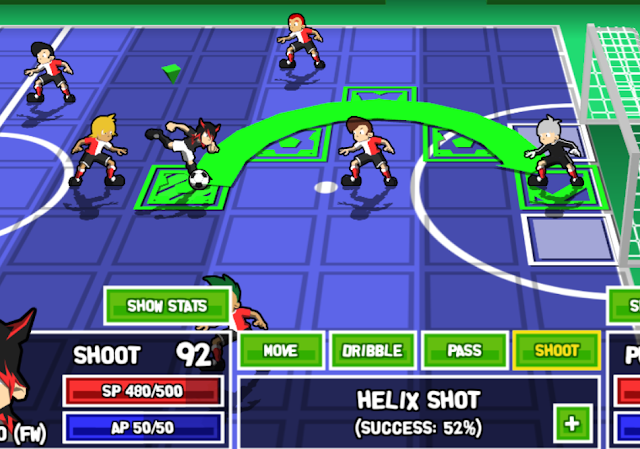 Sometimes a game comes out of nowhere that you would never have expected to see, but it immediately wins you over. Ganbare! Super Strikers is one such example of the game.

The work of a Aussie indie developer (I suspect a one-man band), Ganbare! Super Strikers aims to be what happens when you mix Final Fantasy Tactics and FIFA. As the developer himself describes the game:

The game is basically Final Fantasy Tactics meets Soccer with some mechanics borrowed from the Blitzball minigame from Final Fantasy X and a Japanese 32-bit era flavour. Like any other JRPG, you can expect leveling up your players, loads of items to equip and status effects such as Poison, Silence, Paralysis or Haste.

Now, if that doesn’t sound intriguing to you, just look at the art and design of the game in the trailer. It’s bright, colourful, vibrant, and very anime-influenced. It looks like the kind of game you’d expect from a small Japanese developer. I was instantly sold on it.


The game releases on PC, macOS and Linux this month (July 26th). The best news is that there’s a console (PS4, Xbox One and Switch) due for later in the year too… because the moment I saw this I knew I wanted to play it on my Switch.

Aussies made the indie darling Golf Story on the Switch. Perhaps Ganbare! Super Strikers will be a repeat of that magic.