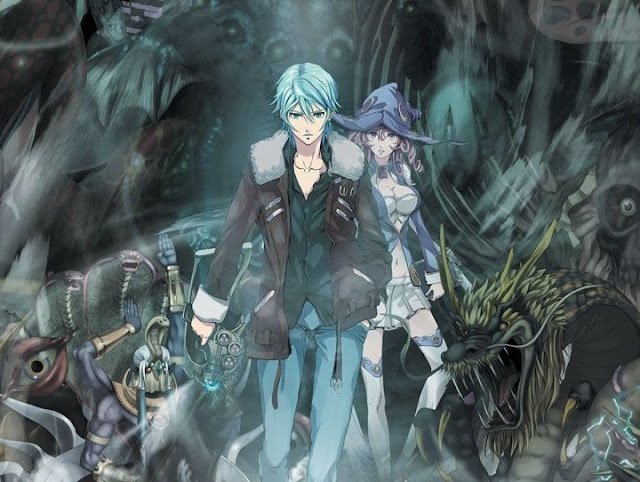 The Lost Child is an incredibly poor take on Lovecraft. H.P Lovecraft is associated with a very specific tone of horror. It’s one of elditch nightmares from the cosmos, and things better left unseen. Indeed, Lovecraft’s very finest stories never even show you the creatures of his horror; not really. A vague description and then a detailed explanation of the impact of the nightmare on the human brains that witness it are that much more terrifying, because they engage and challenge the imagination. That’s Lovecraft. He is the horror author for those with active imaginations.

The Lost Child turns everything about Lovecraft’s mythos into a series of standard dungeon crawler beasties and bosses. I can’t begin to describe how disappointing this is, because the idea of a “Lovecraftian dungeon crawler” is nothing short of exquisite. It would require a different approach to the ‘crawling action; there would need to be fewer fights, and a greater sense of exploration. When a threat comes along, if would need to be almost incomprehensibly dangerous. And there should be a heavy focus on investigation; pouring over old books to learn about long-forgotten secrets. Handling bas-reliefs of monsters you just hope you’ll never encounter. Yes, a Lovecraftian dungeon crawler would be an incredibly atmospheric and stunningly original experience, if done with the intent of doing Lovecraft justice. Just like The Call of Cthulhu RPG is absolutely nothing like Dungeons & Dragons.

The Lost Child clearly had no such intent. It’s a Wizardry clone, with a Persona-like monster collecting system on the side. You delve into a series of labyrinths based on various real-world locations (though looking nothing like them), battling randomly generated enemies along the way, and collecting treasure from those battles. There is some light puzzle solving involved, and the labyrinths themselves are nicely designed to be winding and always interesting. Then you’ll fight the end boss before moving on to the next dungeon. 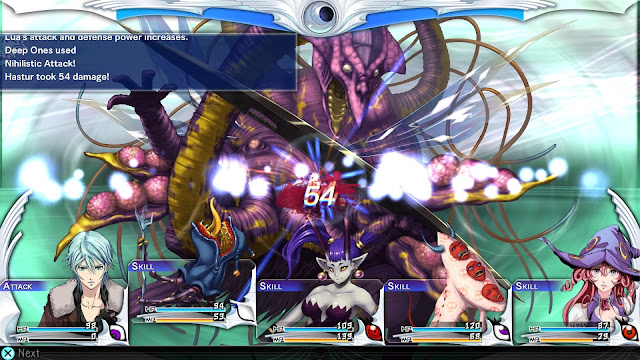 Outside of those dungeons, there are only the most token attempts to maintain the Cthulhu heritage. You do play as an investigator of the occult and paranormal, for a tabloid rag that specialises in such, and you are investigating various occult groups, conspiracy theories, and urban legends, but these constantly lead to get more standard dungeons to explore. Once in the dungeons, they comprise that featureless corridors-and-rooms structure in which your only interactivity is to move forward one step (or “square”) at a time. There is no attempt at environmental storytelling, no objects to pick up and look at along the way, and nothing of substance to distinguish one dungeon from the next.

Regular enemies can be captured by using a special attack that is built up through defeating enemies along the way. Once captured those monsters can be pressed into service, which is where much of the game’s combat depth comes; you’ll be spending a lot of time carefully tweaking your monster mix, and the skills that each monster takes into battle, in order to have a solid mix of skills to handle any situation the game throws at you.

None of this is anything that you wouldn’t have seen in dungeon crawlers in the past. It’s a 101 approach to Wizardry with some monster collecting, and there’s nothing inherently wrong with that. In fact, I’ve been playing these games as long as I’ve been playing video games without ever getting tired of them, and as the first ‘crawler on the Nintendo Switch, I was always going to play the heck out of The Lost Child. But the world lacks the elegant beauty of the Etrian Odyssey franchise on the Nintendo 3DS, or the spectacular character and enemy designs of Demon Gaze 2 on the PlayStation 4, or even the fan service of Dungeon Travelers on the PlayStation Vita. The Lost Child occupies that uncomfortable ground where it’s not quite doing enough to stand out as something truly special within its own genre. The Lovecraftian element could have been that different thing, but promising that turned out to be something of an own goal. 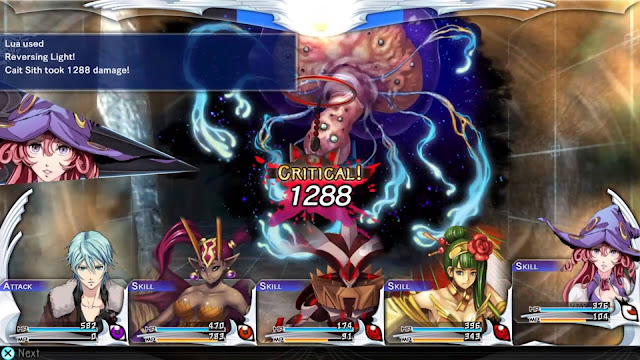 Dungeon crawlers are known for being difficult, and perhaps this is where The Lost Child has its point of difference – it’s quite accessible. It has its moments which have been clearly designed to quiet any complaints from the purists, but for the most part this is one that I would readily recommend to newcomers to the genre, or indeed people who like the concept of a dungeon crawler but don’t like the traditionally steep learning curves. Encounters come at a healthy, reasonable rate, it’s not overly hard to stay levelled to a rate equal to the dungeons, and the various levelling and monster development systems all make it quite easy to understand how to develop your team to keep pace. None of the game’s puzzles are overwhelming, and I never found resources to be hard to come by, either.

Related reading: The most unique and original dungeon crawler we’ve played in some time is Mary Skelter. Here’s our review

It’s also worth remembering that an advantage to sticking so closely to beloved gameplay structures means that The Lost Child is also fundamentally compelling. Building up a stable of monsters is exciting, and I found myself looking forward to each new dungeon floor (or entirely new dungeon) because I knew that it would also mean there would be some new beasties to collect. Each of the end bosses is sufficiently imposing enough to make defeating them feel rewarding, and inching through a dungeon, slowly filling out a map, is an approach to exploration that is both nostalgic to the ‘crawler RPG fan, and quite delightful. By virtue of this being on the Nintendo Switch it’s also the most technically detailed dungeon crawler that we’ve had to enjoy, and that big screen does render things beautifully.

I was disappointed that The Lost Child failed so completely to do something meaningful with the Lovecraftian concept. In fact, the game has so completely missed the mark on that that it’s almost insulting that the developers used names like “Hastor” and “Cthulhu” to describe your foes, rather than replace them with more original monster names. Once I settled past that disappointment, though, I discovered that The Lost Child is also a game that so cleanly represents everything good about the dungeon crawler genre that I found it hard to put down. The fact that it’s the perfect introduction to the dungeon crawler genre also makes it the perfect first example on the new hardware.

Why does Square-Enix hate Itadaki Street?