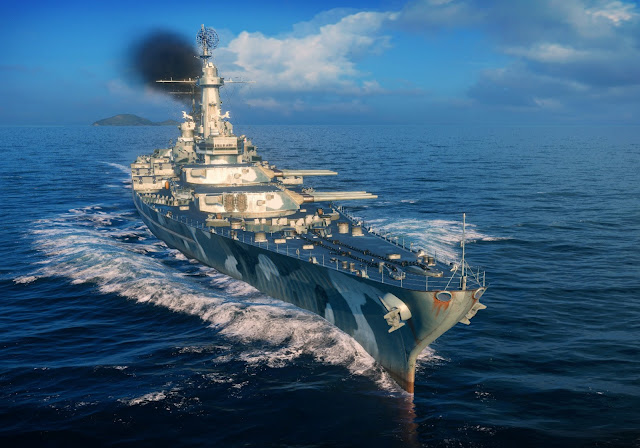 World of Tanks is a pretty popular game, if you haven’t heard of it before. It’s a free-to-play tank-em-up featuring large battle maps and plenty of truly hardcore, dedicated players. It started out as a PC title, before making its way to console, and even mobile (World of Tanks Blitz). And now another popular “World of” game from the same publisher is also coming to console. This time it’s World of Warships.

Interestingly, this time around the console version is coming after mobile release, since there’s already World of Warships Blitz out there.

Anyhow. The console game. As the name suggests, in World of Warships you get to command those massive boats that did battle over the sea over the last century or so. Cruise through the ocean, find your enemy, and then lay into them with the massive guns at your disposal. As with World of Tanks, World of Warships is a free-to-play game, but it’s also a highly technical and premium-quality one, where player skill counts for an awful lot, and while fully upgraded and high level players have a massive advantage, more casual players can still get stuck in and have a good time with players of their own level without having to worry too much about upgrades.

There’s a while to wait for the game – it is scheduled for release in 2019, but for people who are really keen to get stuck in soon, there’s an alpha test planned from July. PC players might even want to look at this version, too, as we’re being promised exclusive console content.

The game will release on PlayStation 4 and Xbox One. Sadly, no Switch version, Nintendo fans.