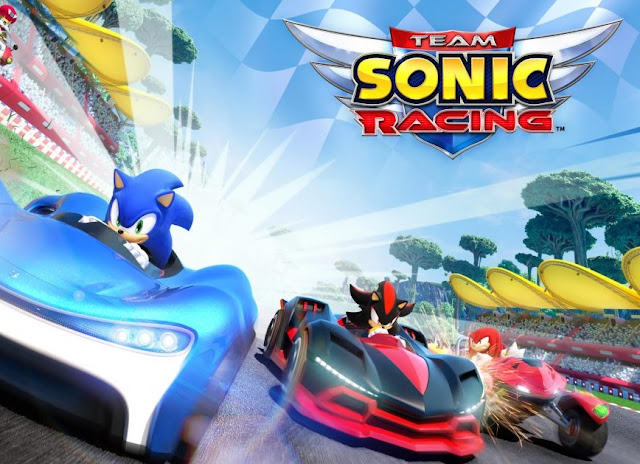 It’s hard to top Mario Kart as the ultimate character crossover kart racing game, but that hasn’t stopped many developers from trying in the past.

Perhaps the most successful of these has been Sumo Digital, whose work on Sonic Racing has been well regarded for a number of years now. And, thankfully, continues on. Sumo Digital and SEGA has announced Team Sonic Racing, a brand new kart racer for PlayStation 4, Xbox One and Nintendo Switch. It releases in Summer, and is already looking really good.

Team Racing – Race as a team, win as a team. Use various team moves to assist your teammates, knock out opponents and unleash your Team Ultimate.

Performance & Skin Customisation – Alter the appearance and handling of your vehicle.

Wisps – 14 spectacular offensive and defensive items to help overcome rival teams and get ahead!

Various Characters and Types – 15 playable characters from across the Sonic Universe and 3 distinct character types including Speed, Technique, and Power.

The focus on team-based racing could be a real point of difference with the Mario Kart franchise. Well that, and the characters. SEGA has a good stable of them, and they’re certainly different to the Mario franchise. Could we even see Hatsune Miku? Probably not, since it seems like SEGA has lost that license, but I’m hoping against hope here.

Well this might be the most depressing but potent life simulator ever made….