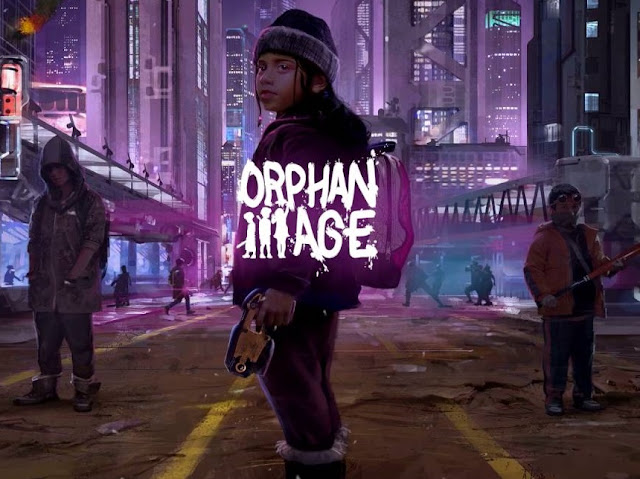 A French indie developer, Studio Black Flag, has released a Kickstarter to finish work on a game called Orphan Age… and it is an eye catching title for some pretty dark reasons.

This game is being pitched as a dystopian life-sim where you play as “children left behind in a brutal cyberpunk urban wasteland.” So rarely do games look at the impact of what “heroes” leave behind after they level cities in their battles with the big bad, so when one does come along that does look at consequences, and shows us a view of the world from the perspective of the most vulnerable, it’s immediately noteworthy. It might not turn out to be a great game, of course, but just the premise is genuinely affecting.


“Orphan Age is an extremely personal project for me, that I’ve been working on it on and off for around 9 years now. It really is a passion project for me and I can’t wait finally be able to share more about it” said Adrien Forestier, creator of Orphan Age: “The game has a strong message that we’re not shying away from. We wanted to turn the often idyllic backdrop of the life-sim genre on its head, and ask the question what will the future we have made be like for our children to grow up in. We hope it will not only make for a thrilling game experience but also offer food for thought.”

A dystopian take on the life sim genre

Adapt to the unique characters, needs and skills of the orphans

Build your base to turn a warzone into a playground

Craft the tools you need to keep the group together

Scavenge for supplies in a dangerous, ever-changing city

Carefully manage resources to help the group to survive

I have high hopes for this one. Not that it’ll be necessarily pleasant to play – in fact, if it were just “fun” it would actually hurt the game’s cause – but as someone who found This War of Mine profounding affecting, I’m hoping that Orphan Age can achieve a similar result.

Of course, the Kickstarter needs to be successful first. If this game sounds interesting to you, here’s the link to the campaign so you can back it. You can find a demo for the game there too.