Panty problems and the world’s end: Punch Line is coming!

PQube has announced that it will be bringing Punch Line, based on the anime of the same name and developed by 5pb., to North America (rest of the world too, please?) this summer. Here’s the official announcement trailer:

Yuuta Iridatsu has a, um, interesting problem. You see, he’s quite a normal teenager, except he faints whenever he sees girl’s panties. It happens more than you’d think. But as the result of a traumatic bus incident, Yuuta’s soul has been yanked from his body and he is stuck in a ghostly form… and his panty problem gets worse. If he sees too many, he gets too excited and faints as usual — except now when it happens, an asteroid will hit Earth and destroy the entire planet. In his ghostly form, Yuuta is able to travel through time and is able to go back, again and again, to the time before the bus incident in an attempt to prevent it and understand what happened to him.

PQube is bringing the game to PlayStation 4 and PS Vita, as in Japan, but also to PC via Steam. The game is written by Kotaro Uchikoshi, of the Zero Escape Trilogy.

A whole bunch of Touhou stuff was just announced

Touhou is an interesting, genre-leaping franchise of games that are related in just about everything but how they play. We’re talking bullet hells through 3D fighting games, mystery dungeon titles and plenty more besides… and a new wave of Touhou action has been announced – whether there’s a western release or not remains to be seen, but NISA has been quite good in recent years in bringing most of them out in English. 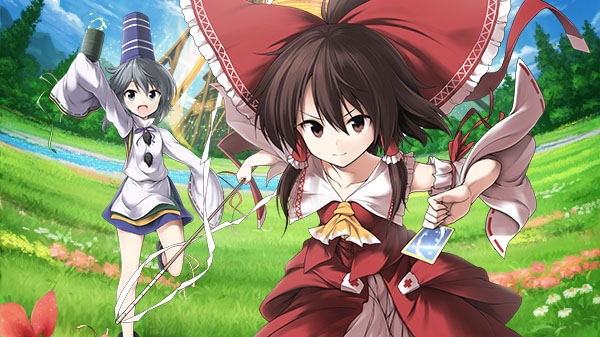 Touhou Genso Wanderer: Lotus Labyrinth is a mystery dungeon title. The previous example of that genre within the Tensou universe was really good, and this one will be getting a Switch release, which is just perfect as far as we’re concerned.

Then there’s a title called Yoiyami Dancers for PlayStation 4, and an action RPG called Touhou Genso Kikou: Lost Alchemy that will be getting a PS4 and Nintendo Switch release. At this stage we don’t have much more in terms of details on any of these games, but for the most part Touhou titles are good fun, so we have high hopes for these too.

Do you remember Conception? Yeah, me neither. But now that I know about it my curiousity is certainly piqued. The original game, Conception: Ore no Kodomo wo Undekure!, was released only in Japan for PSP six years ago; however, its sequel was released worldwide and is available on the PlayStation 4 and Vita. Nick reviewed Conception II for us, and you’ll definitely want to check it out. 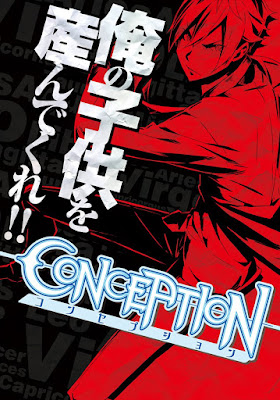 Conception’s protagonist is Itsuki, whose cousin confesses she is pregnant to him on his graduation day. As it always does in this situation, a gate of light appears and the two are brought into Granvania. It’s a strange world, filled with Stars and Impurities. Well, moreso with Impurities — and that’s why Itsuki is there. It is believed that he is the only one that can produce Star Children, the only ones capable of fighting the Impurities. And unless he does, he can never return home.

The anime will start airing in Japan this November, so we’ve got some time to at least play the sequel before it arrives!

Coming first to PC and Switch, and then later on in the year to other platforms, Smoke And Sacrifice is an open world survival RPG, with a hand-drawn aesthetic. It’s a stunning looking game, that’s for use.

From the press release: Sachi’s home is the one tiny patch of fertile land which remains in an icy wasteland of a world. Her farming community thrives thanks to their devotion to the blazing Sun Tree, which replaces the lost light of the failed sun. After sacrificing her firstborn child to the Sun Tree, Sachi discovers a darker secret beneath the aura of priestly benevolence. Will she discover the truth hidden in the secret underworld, or perish in its swirling, deadly smoke?

These games are, of course, dime a dozen among indies these days, but we’re hoping that the grim, downbeat atmosphere and tone of this particular game helps it to stand out. We won’t have to wait long to play it, that’s for sure!