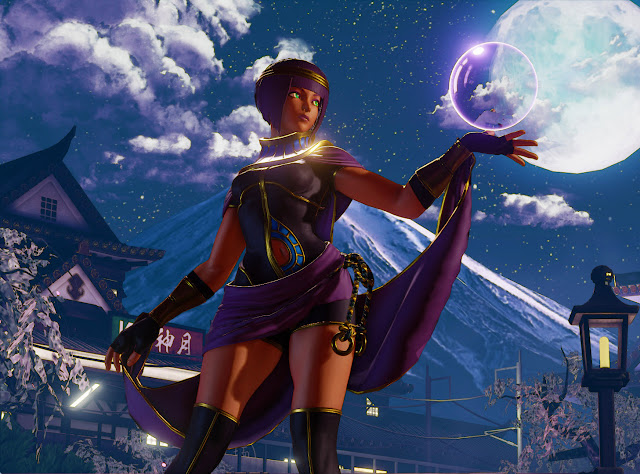 Street Fighter V: Arcade Edition is a sharp fighting game that finally gives us the Street Fighter V experience we probably should have had since the start.

When Street Fighter V first released, I was torn over it. Visually it was fantastic, and the actual fighting experience was top-notch. However, there was no denying that the bare bones left numerous fans – myself included – disappointed. The roster felt small, the modes lacking and the matchmaking was something of a mess upon release.

Since then Capcom has been hard at work, both through frequent updates and a continually expanding roster – though some might bristle at the ‘season passes’ used to access them, though long-time fans such as myself have gotten rather used to Capcom’s habit of adding characters and gameplay tweaks in subsequent ‘minor’ updates to core versions. I have been a frequent fan of the series since my buddies and I played the original Street Fighter II in 7-11’s and the local arcade. Over the years I have joked about the Hyper Super Turbo Better-than-before edition releases that Capcom has added to the primary numbered games in the series. To that end, Arcade Edition really is not breaking any new ground. 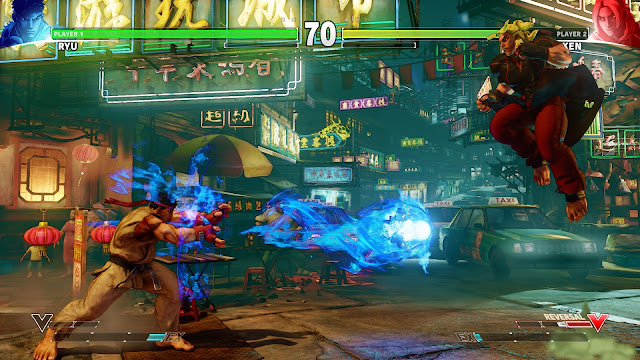 However, I chose to step away from the naming conventions and tried to forget the lacklustre initial release and consider Arcade Edition on its own merits. In doing so, I have to say this is the most fun I have had with a Street Fighter game in a long time. It starts with the Arcade Mode – something that has been sorely lacking. The story modes were all well and good, and I enjoyed them in the prior releases, but Arcade Mode is really cool for an old timer such as myself. It takes the current iterations of the fights and plants them firmly in the older style arcade modes found in games like Street Fighter II. Additionally, there is a rather nifty option at certain points to pick your next opponent, and that impacts your score as you continue through the stages. There are a lot of different endings, and for someone who has played these games for close to three decades, it is a really bit of nostalgia. Why it took nearly two years to arrive is something of a head-scratcher to me that I may never fully understand, as it has been a core component of the series for so long, but better late than never I suppose.

If you had not yet picked up the prior season passes (or played the game at all since Street Fighter V released), you will be happy to know that you get all of the characters that have been released so far with this edition. The good news is, if you were a prior owner of Street Fighter V, you get the update for free. It is a very nice ‘thank you’ from Capcom, and those who have hung with the title since its release a couple of years ago will no doubt have even more incentive to stick with it now, but it is a little disappointing that it took so long for us to get to this point.

Beyond the Arcade Mode and characters, there are a handful of other additions here that are worth noting. The training mode has been updated with more exacting information for those who are trying to get the most out of learning a particular character. The Extra Battle Mode and daily challenges give you opportunities to gain more credits and earn new costumes and stages, which are always welcome – especially given just how many stages and costumes there are. For everything that Street Fighter V lacked upon its release, it is a fantastic-looking game. I have never been a huge fan of the chunky character style (Guiles impossibly has muscles popping out of muscles in his arms for example), but I can appreciate its unique aesthetic and it is carried out very well. The framerate is buttery smooth (and in a competitive game like this, that is very important), despite the detailed characters and animations as well as the constantly active stage backgrounds. 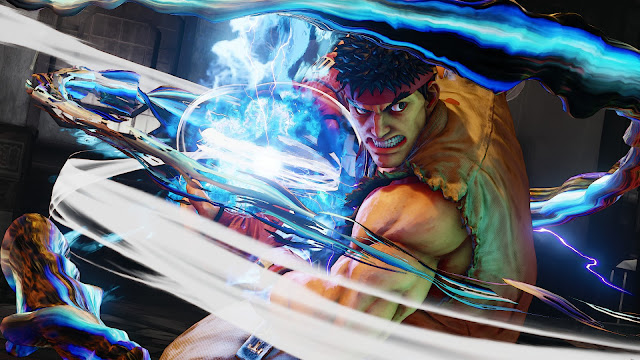 Team Battle Mode is pretty lightweight, but it is a cool way to set up a competitive custom match for local multiplayer. In addition to all of these modes, there are a handful of the usual gameplay tweaks that usually accompanies a release like this. The most notable is the additional V-Trigger abilities you can choose from, which give you just a bit of additional gameplay customisation to better suit your particular gameplay style. This is a very important component, because the gameplay has been and continues to be the real strength of this series. The Street Fighter games are very technical – there is a reason that they are often considered the most important in the pro gaming fight circuit. The level of precision required to be successful makes it one of the more challenging fighting games for newcomers to learn, but in many ways it is arguably the most rewarding fighting series out there and Street Fighter V has continued that tradition nicely.

Now that there are more single player modes, there is a bit less of a need to spend time online – but that option is here and more often than not, the netcode behind it is pretty solid. When Street Fighter V first released, I recall the online mode left me sitting around twiddling my thumbs for loooong stretches of time. Maybe it is just because the new release has reinvigorated the community, but all week long I have been getting into matches in well under a minute. The fighting while in the matches can be a bit hit and miss still, but I appreciate the various filters that can be applied that allow me to try and seek out the best connection quality possible. Online fighting games have always been a bit sketchy, due largely to the required precision to make the most of a character, but the experience was good for me far more often than not. Still, local multiplayer is by far my preference. No lag and lots of trash talking.

The spirit of competition is alive and well here, because Street Fighter V: Arcade Edition is a complete game, which feels a little strange for me to type, because in some ways it took us two years longer to get here than it should have. I am not taking that into consideration with scoring this release – that would be unfair, but I still feel the point has to be acknowledged. However, moving past that to accept Arcade Edition for what it is, we have a gorgeous game with fantastic fighting gameplay complimented by a solid roster with a variety of satisfying modes. Better late than never?