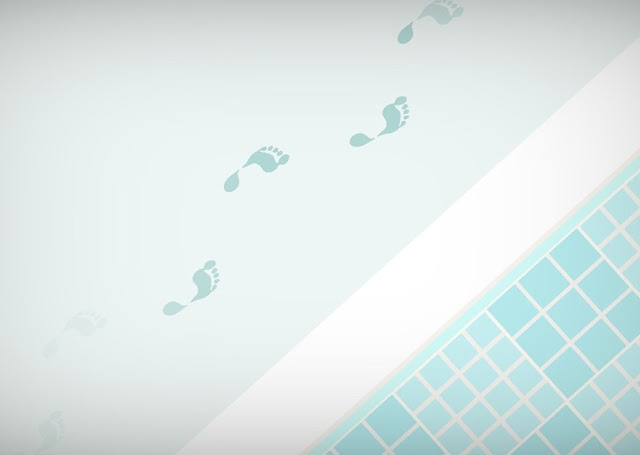 The Switch hasn’t exactly had a dearth of puzzle games in its first year. In fact, some of the games in this genre have been best-selling titles. However, if you’re too lousy at mathematics to make a real dent in Picross, or not after a game with the audiovisual rambunctiousness of Puyo Puyo Tetris, then you may feel a little shortchanged. Where are the downtempo brainteasers, you ask? Lozange Lab has you covered with the release of Swim Out, a game where your only goal is to exit a pool that you’ve been plunked into for some inexplicable reason.

Swim Out appears to draw inspiration from the Rush Hour brand of grid puzzles: you’d be given a train or a car and have to navigate it out of a grid full of other obstacles. In this case you’re a person in a pool. The catch was that the obstacles would have a set number of spaces that they’d occupy, and a set movement path, so the “puzzle” is in figuring your way through that tangle of moving objects. Those concepts translate over to Swim Out in the form of other swimmers (or kayakers, as the case may be) who traverse a public swimming pool alongside you with all the entitlement of medieval monarchs.

And I mean, kayaks in a swimming pool? Rude. 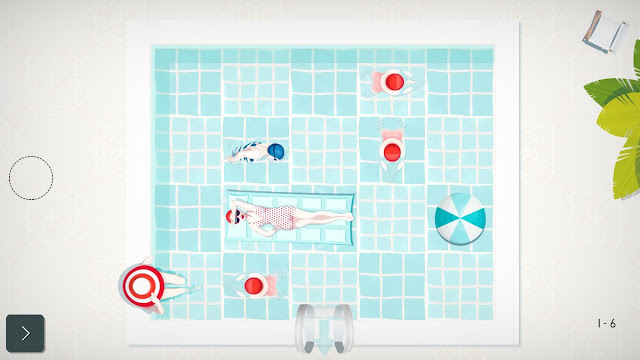 The pool’s denizens only move when you move, so it becomes a matter of not only predicting your trajectory, but also about thinking five steps (or strokes) ahead for those in your path. This is simple enough in the first chapter of the game, but Swim Out quickly ups the ante by introducing a variety of swimmers in quick succession who all have their own movement patterns.

If you’ve ever been to a local swimming pool, then you may very well have an edge on the competition here; the people wilfully obstructing you in the game appear to have been drawn from a melange of the worst, impolite pool-going stereotypes out there. There’s divers flinging themselves into the pool, children armed with water-bombs, swimmers who either dawdle or go at double your pace, and kayaks. Yes, I’m still upset by those damn kayaks. Navigating around them is no joke, especially when you’ve got multiple offenders entering and exiting the pool in the same level segment.

As if that wasn’t enough, you also have environmental challenges to deal with. While you may initially be lulled into a false sense of security by the pool’s relatively calm waters, you’ll soon have to contend with jacuzzi jets, waves, and angry jellyfish on top of the meddling humans (this really sounds like the weirdest pool ever – ed). All the moving parts of the puzzle in Swim Out have a mind of their own despite being rooted in rather predictable patterns, and figuring out how they all fit together is made even more rewarding because of it. 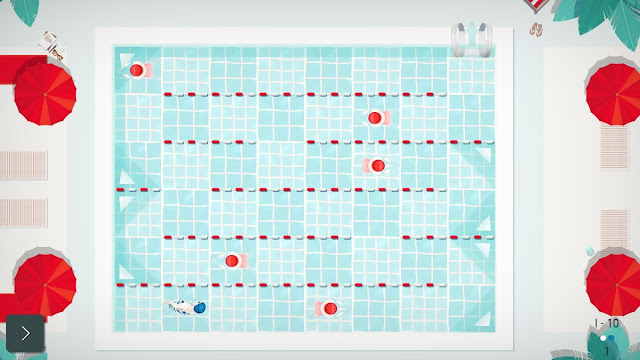 Luckily, this isn’t the sort of game that will give you a case of console claws or a dented Switch, even if sounds more than a little tricky. There’s just something very serene about the overall aesthetic of the game; it’s got a pared back feel that relies heavily on pops of colour, a bit like a minimalist rendering of an art deco painting. While it doesn’t have the clutter that usually accompanies one’s experience at a public pool, this depiction is arguably more impactful. Swim Out goes in a different direction by pulling back on visual distractions, and leaving more room for the chaos created by its mechanics to shine through.

All of this visual brilliance is accompanied by a complementary soundtrack which consists mainly of poolside sounds, including the muted laughter of children and indistinct splashing. There’s a constant hubbub in the background that maintains the environment of a public pool much better than any visual representation could – it’s a little claustrophobic in its constant presence, but oddly fitting. The presence of a soft, cautious musical accompaniment that rears its head between level segments starts to sound like the calm before the storm as you move through the game’s chapters, and it plays a part in grounding the overall aesthetic of the game.

Swim Out is definitely something special for the puzzle-lovers out there. Even if you don’t think that you fall into that particular camp, you’ll likely find plenty to appreciate about the game’s intelligent use of audiovisual design. It looks and sounds beautiful, and it’s an overdue addition to the Switch’s stable that feels at home being played in short bursts on one’s commute. 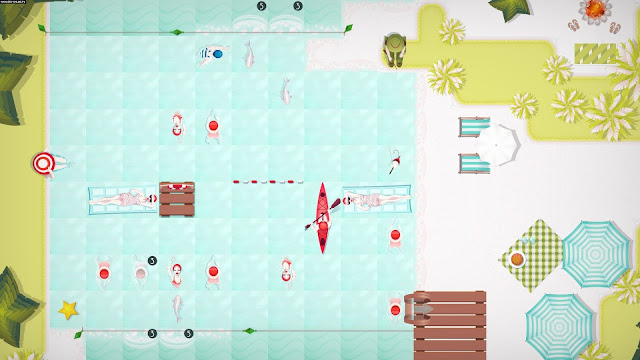 While it may not have the most welcoming difficulty curve when you first pick it up, grasping the patterns of your fellow pool-goers is simple enough once you’ve given yourself a couple whacks at the game, and it’s hard to feel truly frustrated when the game’s entire aesthetic invokes a lazy Sunday afternoon. It’s not high-octane or revolutionary fare by any means, but Swim Out has a quiet beauty that gives it more in common with chess than Tetris, and that sort of thing is hard to come by nowadays.