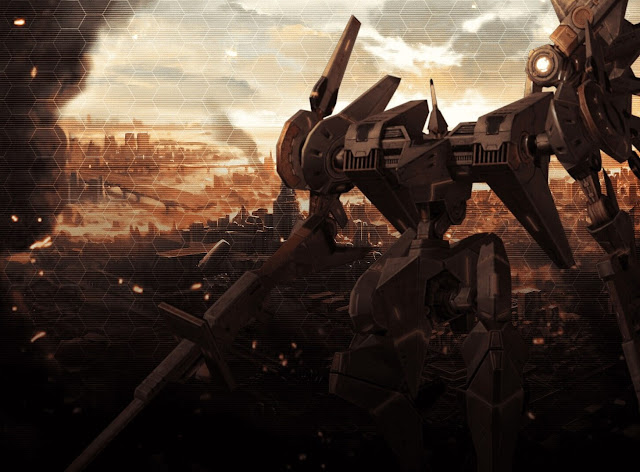 The Nintendo Switch has been home to many, many ports so far. Some have been great ports that has boosted the Switch library in its first year, and others not so great. Arc System Works have seen the potential of porting its Vita library to the console. Fantasy Hero from a few months ago was not so good. Damascus Gear: Operation Tokyo is better. Despite some glaring flaws, there’s some value in picking up Damascus Gear, and bringing it to a wider audience via the Switch is a good idea.

Related reading: For a second take on the game, here’s Matt’s review of the PlayStation 4 release.

As the game begins, humanity is close to extinction thanks to human-built pilotable robots (called [GEAR]) that gained sentience and then rebelled against the humans during World War IV in the year 2050. Fast forward 47 years to 2097 (a popular year in video games!), and 80 per cent of the population have been wiped out by the [GEAR], having since been renamed to [RAGE]. Up against the wall, the humans begin to utilise any remaining [GEAR] that haven’t turned as a last-ditch resort to fight back against the [RAGE].

It’s not the most original of storylines, as it has happened in games, movies and books time and time again. It is a narrative that works most of the time though, and it serves as a decent enough backdrop for the focus of the game, which is fighting the [RAGE] and building your own mech by looting the fallen mechs. It essentially plays much like many loot collecting isometric titles like Diablo, except each level is contained in a rather small area. 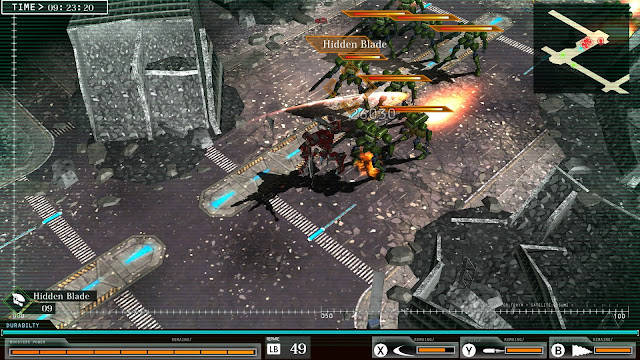 The characters themselves are your run-of-the-mill set of characters to compliment the protagonist. There’s one character who behaves like the world is doomed no matter what, and doesn’t see the point in all of this. The protagonist’s co-pilot is a hothead that learns his place over time. There’s a veteran who acts like everyone else isn’t efficient enough. Amusingly, the AI of my allies were that awful that they would repeatedly die during missions, only to carry on the story as if they’d made some sort of useful contribution and be right there beside me in the very next mission.

Each mission takes anywhere between one to 20 minutes to complete, making it interesting enough to enjoy in small bursts, though the lack of a decent narrative makes it hard to enjoy and be invested in the game for long periods of time. The difficulty spike towards the end can be a barrier as well, as at times I felt like repeated attempts at the same mission weren’t worth it to see how a story I didn’t care about too much ended. The only thing that consistently had me keep playing was the idea of building the greatest mech ever by looting everything I could.

Customising your own [GEAR] is a simple but effective affair. Parts are looted from various types of [RAGE] in the different missions and can also be bought and sold at the store. The stats for the parts are always on screen as well so it is rather easy to see how parts stack up against each other. During my time with the game, the shop was mostly useless as I had already picked up better equipment in missions before they were available in the shop, and parts from [RAGE] were more likely to include bonus stats as well. 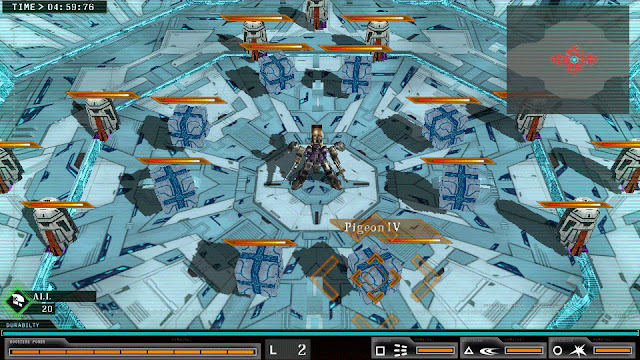 There are some different weapon styles as well, including laser swords, machine guns and giant earth-shattering laser cannons. All the weapons offer a different style of play, and it is well worth trying them all out and discovering what works on different [RAGE], as sometimes the weapons brought in can be the difference between life and death.

There are over 40 missions in the game and they offer a nice variety. Each mission plays its part in the narrative and include destroying [RAGE], escorting NPCs, arena-style weapon tests and a few boss battles. It’s a good thing that there is a variety of mission types as the levels themselves don’t have a lot of variety to them, in many cases the missions reuse the same environment, with road blocks moved to different locations so that the levels feel different.

For the most part, each level represents a destroyed part of Tokyo. It mostly looks a lot like how New York fared after the first Avengers movie, except no one has been able to try and rebuild it in 50 years. The arenas where weapon tests take place is a honeycomb-style battleground, and does its job as a test room well. The sound and music come across like an 80’s anime and fits well in the overall aesthetics of the rest of the game. 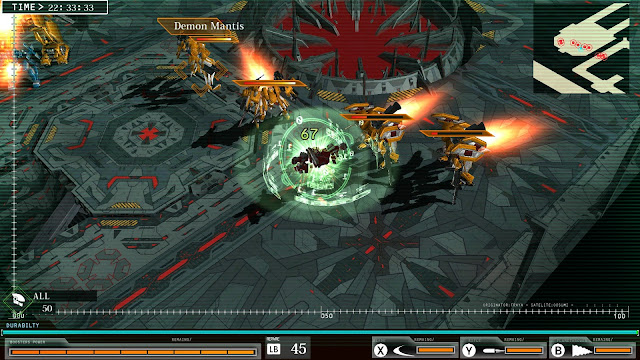 There really is not a lot to say about Damascus Gear: Operation Tokyo, where it does excel is that the gameplay is tight and the loot system is addictive. The narrative however is a bore, so oftentimes it does feel like there’s no real point to it and the stakes in the characters isn’t high enough to feel any connection to the game. The sequel is actually out on other systems right now and is hopefully a bit deeper than this one. I’d only recommend this one for a quick burst and a bit of fun, because it doesn’t offer anything substantial.

I’m not sure this is what Might & Magic fans wanted, Ubisoft