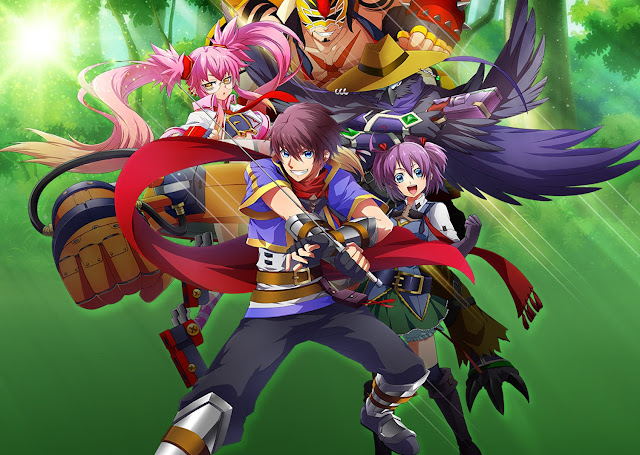 Fantasy Hero is trashy. It was trashy on its original release on the PlayStation Vita, and on the very long list of games I’d like to see released on the Nintendo Switch, this one is nowhere close to it. But, the Switch is the “in” console at the moment, so ports like this one are probably to be expected to go with the good stuff. At least it’s cheap.

The game itself is really simple, and borrows heavily from the Monster Hunter structure. There’s a little hub town that you’ll use to upgrade equipment and your character’s strength, and then there’s a billboard, which you use to accept missions. Once you’ve done that, you’ll be allowed to leave the town, where you’ll be transported to whatever location the mission’s in, and from there you wander around, killing stuff until the mission is over with. That stuff ranges from common enemies that are barely animated, through to magic-wielders and whirling dervishes of doom.

The grind sets in immediately. I don’t mean that it’s fun at first, either. It’s a brutally painful grind from the opening seconds. Each character (and there are a couple of different ones to select between), has a standard mix of fast, strong attacks and special abilities, and there are naturally cooldowns for the special abilities to stop you using them too frequently. This all works, but it’s also clunky and movement and attacks alike lack the movement and fluidity of better action games out there. 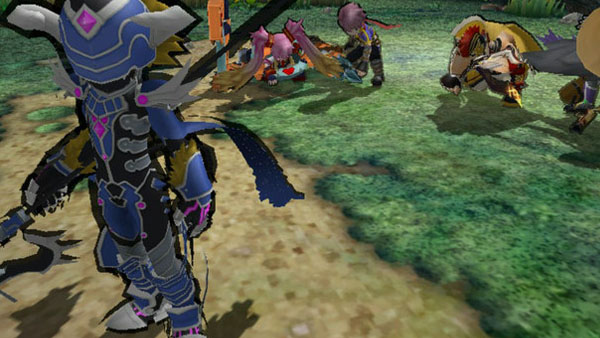 Characters also lack personality. The crow-headed guy is cool enough, but the others are all badly-drawn anime cliches, and have an odd colour halo around them, which I suspect was done to make them look more bold and clear on the Vita’s smaller screen, but on the Nintendo Switch, it just looks cheap, and ugly.

Even if the characters were gorgeous and unique designs, though, I’m not sure I would have cared, because the narrative to this reads like a bad fanfiction writer was inspired by Attack on Titan, and decided that they wanted to do something “original.” Humanity has come under assault from a bunch of monsters, and the few survivors left have holed up in a tiny village. Then someone develops technology that can be used to fight back, and so a couple of brave humans set out to fight back against the doom facing them.

Sound familiar? It should. There’s nothing original about this game’s plot, and it’s not memorable in the slightest as a result. Somehow it manages to pad out cut scenes to ridiculous lengths for a story that’s so vapid and lacking in depth, though, making the overall experience all the more dull for it. 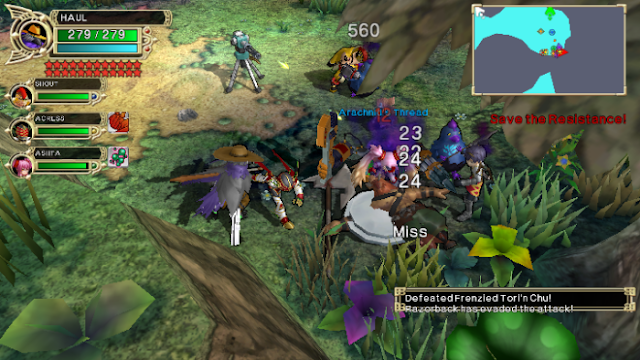 Missions do fly by fairly quickly, though, which is probably for the best, given how draining the action is in its repetitiveness. The game packs the mission requirements into a relatively small environment, which keeps exploration to a minimum. This too is for the best, because environments are devoid of anything of interest in them. You might fight a treasure chest or two off the beaten path, but you accumulate so much loot anyway that there’s no sense of delight in playing treasure hunter.

Back home, actually upgrading your character is a pain, thanks to a clumsy interface. There is a fair range of skills to learn for each, and each hero does play differently. That’s the good, once you get around the clunky interface. But it is poorly balanced and there are definitely character builds that make the generally easy game even more of a cakewalk. With better games I don’t mind that, as I generally build the character that I want to, even if it’s not the “strongest” possible build. That’s role playing, see? But with this one I was so disengaged with it all that I just played the numbers and tuned right out to what I was doing.

It’s never fun to play a game that’s so fundamentally uninteresting that you really struggle to even watch the screen as you’re playing. Fantasy Hero: Unsigned Legacy is a painfully generic and completely forgettable action JRPG, and there’s just so much better stuff out there that deserves a port to this console that I’m almost offended that this one, somehow, was singled out for a release on the Nintendo Switch.