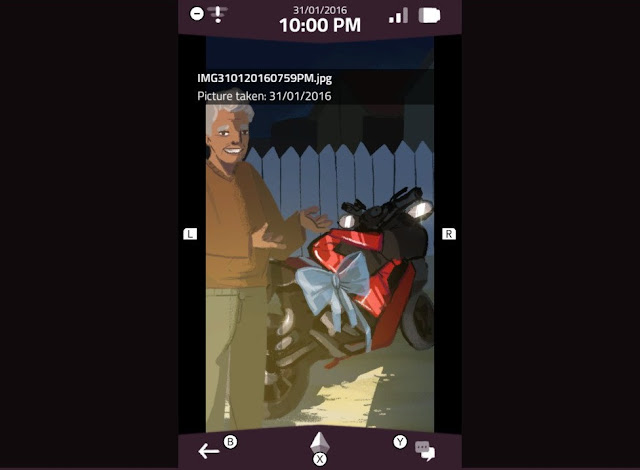 Ever since the creation of the original iPhone, it has become a basic truth that smartphones have grown to take a great deal of control over our lives. The evolution of the mobile phone (cell phone to our overseas friends) has had us texting, calling and playing Snake to carrying a device that acts as a phone, PDA, handheld gaming device and even more. These days, losing a phone carries with it a huge risk for the data that you’d be providing whoever found it.

Related reading: For another take on the game, check out Lindsay’s review on the iPhone release.

This is the premise that A Normal Lost Phone is based on. Rather than a game, it is more of a phone simulator, allowing you to access apps, texts, emails and more of a complete stranger named Sam. There are some puzzle elements to it so there are some game-like elements, but overall it’s a pure-play storytelling experience that has you tells exploring through a dropped phone to piece the narrative together. And I do want to make it abundantly clear that this is not a traditional game. There are no cut scenes, no quick-time events, and it’s impossible to tell if the game runs in 60 frames per second or not. All this game is about is a phone, presented to the player for their perusal, in order to discover information about a complete stranger.

Like anyone else, Sam has a number of relationships with different family and friends, and reading his texts reveals the nature of the friendships he has and the kind of family members he has. He has a board game club, a music club and a girlfriend, he has parents who worry about him and a wacky uncle. These make up just some of Sam’s relationships and serves as a good way to humanise him. 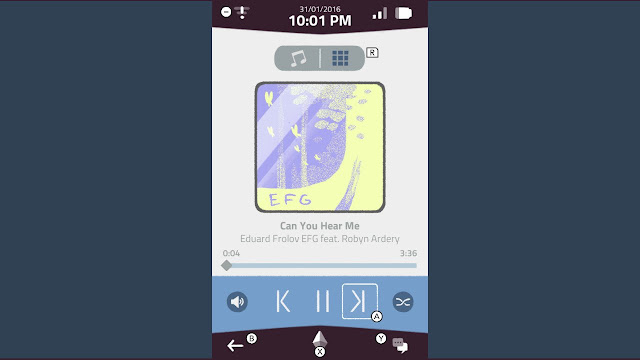 Aside from texts, there are other regular apps such as calendar, calculator, album, weather app and email, and each app plays a role in the narrative. So, while they are all there to give the perception that the player is looking through an actual phone, each app serves its own purpose in the long run in clever and surprising ways. Upon reading Sam’s texts, it became clear that Sam was going through a lot of issues, he had only turned 18 the day he lost the phone, and there were some people that Sam was definitely not comfortable talking to about certain parts of his life. There becomes a point after reading the texts and emails that some apps require passwords, which are cleverly hidden in a conversation with one of Sam’s friends. It’s a small stretch to think that Sam’s friend would know what kind of password he would have but for the purposes of solving the puzzles to unlock Sam’s life, it was the best way to allow the player to discover the passwords on their own.

The game is best played without knowing anything about the narrative, so I’ll try not to spoil it too much. Sam is dealing with a lot of issues, issues with friends, issues with relationships, as well as LGBTIQ+ issues, which the developers have taken extra care to treat with respect. As an 18 year old, Sam’s issues likely mirror many teenagers in the world, it even reminded me of some of the things I had to face during high school, and the game does a great job of emulating that difficult part of life, and it becomes increasingly satisfying to see how Sam gains support through others who have gone through what Sam is going through and how he develops a plan to deal with who he wants to be in life.

There is also a morality issue that A Normal Lost Phone brings up as well. The game demands that you search through every bit of data that can be found about Sam’s life as possible, even the stuff Sam obviously wanted hidden away behind passwords. The game makes you aware that you’re effectively indulging in voyeurism, and that can be uncomfortable, knowing that someone could potentially be doing this to me if I had lost my own phone. Even though Sam is a fictional character, the authenticity brought to the game gave me a niggling guilty feeling in the back of my mind that I couldn’t shake, and I absolutely believe this was intended. 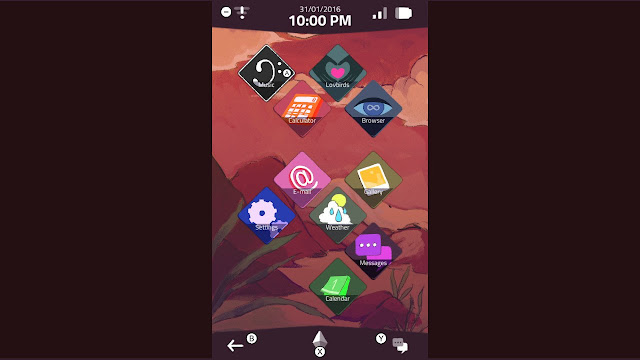 After playing A Normal Lost Phone, I had a look in my phone to see what people would have access to. While I don’t have passwords hidden in any clues within my texts, people would have access to all my social media accounts, contacts, my Chrome browsing history (that is also connected to my PC), photos of my children and more. It’s actually chilling to think about that, and needless to say, I’ve increased the security of my device as a result.

Being a game on the Switch, it can be played on a television with the Joycons or pro controller, but the best way to play is to hold the Switch vertically and use it like an actual phone, touch screen and all. I wouldn’t say it’s necessarily more satisfying to play it this way, since you get the same narrative regardless, but it does make it feel much more authentic and drew me in much more playing this way.

Sam has a playlist of songs on his phone from a variety of indie artists I’d never heard of before. Most of the tracks reflect a lot of what Sam was going through before he lost the phone, and obviously had an impact on his life. It just adds to that layer of attention and care that the developers of the game needed to make this experience as authentic as possible. 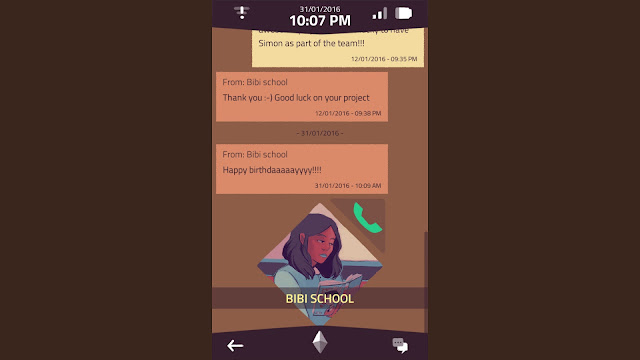 So, after my time with A Normal Lost Phone, and without giving anything away, I shed a bittersweet tear for Sam. I then thought about my friends who might have been in similar situations to Sam, and I think I now look at them in a different, but better and more understanding point of view. While A Normal Lost Phone is naturally ideal for mobile devices, it’s also great to see it on Switch, as it’s a title that deserves a wider audience. There are not many games in this world that I can say actually made me grow as a person, but A Normal Lost Phone is definitely one of those titles.