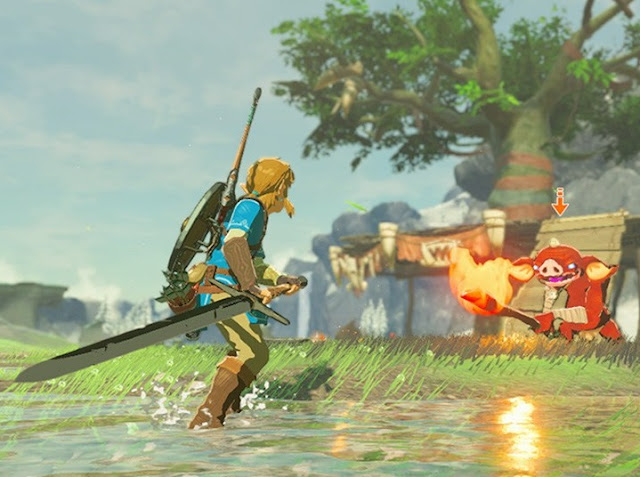 Last week, the White House, run by that insufferable moron that the American people have somehow still tolerated in power, embarked on a full offensive towards game developers and the games industry. They pulled together a video of the most extreme violence in games and all but spat it at industry representatives, arguing that it was representative of the games industry, and, by extension, somehow arguing that it was proof that games are responsible for mass shootings (and not the fact that Americans have too many guns).

I’m not going to repost the video here. It’s repulsive, ignorant, and produced in bad faith to “prove” something that there is no substantial proof to support. Quite reasonably, a lot of people in the industry felt more than a little aggrieved about what we all perceived to be an attack on a creative pursuit that we have dedicated our lives to.

But the response from the industry and gaming community has been poor, ill-considered, and stubbornly insular.


Take, for example, the production of this video. It’s a fine idea for a video, don’t get me wrong; its aim is to overwhelm the negativity of the White House trash with a stream of positivity, demonstrating the creativity and inspiration that games offer the world.

But there’s a real problem with this video; many of the games depicted in it are violent video games. There are plenty of games in the video that do work hard to distinguish the gameplay from the violence, but plenty others are explicitly centred around violent play loops. Horizon and Zelda, to give just two examples from the video, are wonderful games with strong messages, but they both still involve stabbing stuff, dismembering stuff, or trying to avoid getting killed by stuff. These games might justify the violence (though, frankly, not always). And the violence might be bloodless or cartoon to the point where there’s no impact. But it’s still building gameplay out of violence.

Because of that, this video comes across as incredibly ignorant at best, or as intellectually dishonest as the White House video as worst. At best, the people that made the video (and the majority of the people in the games industry, and those who play games, are aligned with the perception of games that the video represents) honestly don’t realise that games are fundamentally and intrinsically violent. At best, this entire industry is so naive and/or desensitised to what violence is, the forms it takes, and the impact that it has, that it’s impossible to have a rational conversation about violence either between ourselves from within the industry, or externally with third parties (such as politicians accusing us of ruining the world through our games).

At worst, the people who made the video recognise the violence, but sweep it aside to instead provide an idealised perspective on games, as though you could untangle a Zelda game from the thousands of kills that Link notches up over the course of an adventure. If that’s the case, this video (and associated attitudes) are also deliberately brushing aside the basic fact that some 70 per cent of blockbuster game budgets are tied up in actual hyperviolent games. That’s dangerous. Really, really dangerous. That makes this video, and others like it, seem like propaganda, and suggests that this industry is flatly unwilling to listen to criticism and have a good faith discussion about a real issue.

Just last week I wrote a piece looking at how difficult the games industry seems to find presenting any kind of narrative or experience without tying a violent loop at the centre of the experience. When you look at Hollywood, for all its (extensive) issues, one thing that it has done is disentangle films as an art form from the need to make violence its core. For the games industry to mature it needs to find a way to follow suit. Game projects should not be entered into with violent play loops as a default. This isn’t because I have some crusade against violent video games (I’ll be squealing in excitement when the next Mortal Kombat is announced like the rest of you). It’s an acknowledgement that our artists and community simply aren’t thinking deeply enough about this stuff.

And as bad taste and hateful as that White House video is, all I’ve seen my industry do is deride and insult it, brush it aside and “prove” it inaccurate through intellectually dishonest arguments and content of its own.

I have seen few, if any, genuine attempts to use this controversy as an opportunity to open a serious discussion and take a honest, rational look at how games to use violence. I like to think that there are that many good, intelligent, creative and thoughtful people in this industry that there would be a real appetite for these kinds of discussions.

But there seems not to be, and for that, I am incredibly disappointed in the entire industry.