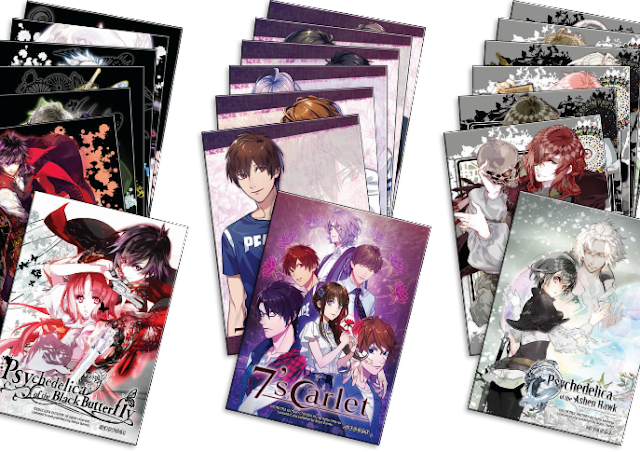 Well, someone has to support the PlayStation Vita, which somehow continues to kick on as the premiere destination for visual novels. And Aksys is without a doubt the biggest supporter of visual novels. Miku bless Aksys.

There are three mystery-focused VNs coming from Aksys to the PlayStation Vita over the next couple of months. I’ve copied the press details below that describes what you can expect from, Psychedelica of the Black Butterfly (releases in April), 7’scarlet (May) and Psychedelica of the Ashen Hawk (June). Suffice to say they all sound really good to me:

In Psychedelica of the Black Butterfly, a girl wakes up in a mysterious mansion with no memory of who she is or how she got there, while in 7’scarlet, Ichiko visits a strange village to look for clues about her missing brother. The heroine of Psychedelica of the Ashen Hawk must find a treasure to bring peace to her town and unlock the mystery of her own past. A popular genre for young adults in Japan, otome (interactive fiction) games feature deep character development and engaging plots in which the player’s choices influence the storyline. Rich anime-style artwork and cinematics draw the reader further into the story as they create their own adventure each time they play the game.

You’ve got to play Chōjū Giga Wars on Nintendo Switch