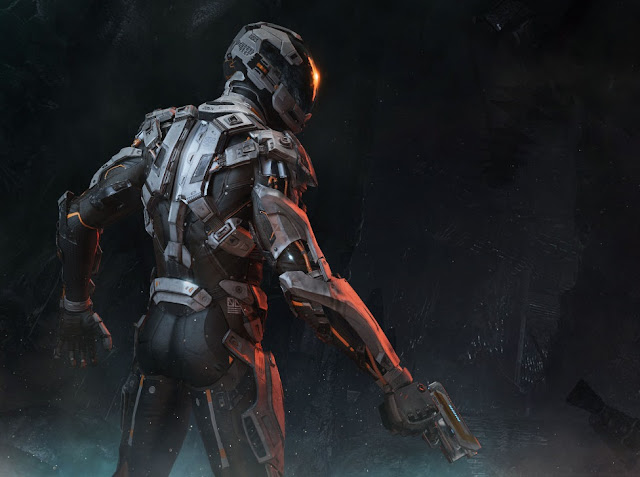 Mixing H.P Lovecraft’s cosmic horrors and Dark Souls is… well, it’s ambitious, to say the least. The Souls games are known for their razor-precise gameplay, incredible difficulty curves, and sublime level design. H.P Lovecraft’s stories are know for their incredible sense of cosmic horror and a pantheon of alien “Gods” so impossible and so beyond morality that humans are driven mad simply by looking at them.

Yes, it’s going to be incredibly difficult to merge the two, but that is exactly what a new Brazilian game developer, Massive Work Studio, is looking to do with Dolmen, a horror sci-fi Souls-like that has just been announced. There’s a trailer, below, and it’s already looking impressive. The game has a long way to go, but since it won’t be released until 2019, it’s worth keeping in mind that this is just a very early look at it.

The game looks like it’s going to be gritty stuff indeed. Survival is the goal, and to do so you’re going to need to make good use of finite resources when crafting new weapons and equipment. As you can see from the trailer, the combat is very Souls-like, though given the sci-fi bent, it will be interesting to see if there’s a greater emphasis placed on gunplay. The planet that you’re on is apparently the site of a galactic-scale massacre, so exploring it should be a dark experience indeed.


Given that the only other attempt to do a “sci-fi” Souls to date has been The Surge, I’m hoping and expecting that Dolmen will step things up and give us something truly compelling. This will be Massive Work Studio’s first game, but the team includes people who have previously worked on Injustice 2, Diablo and World of Warcraft. The company is 23-strong, so, while this is an indie game, it’s got the resources behind it to be something special. Dolmen will release on PC at some point in 2019, and then consoles at some point after that.