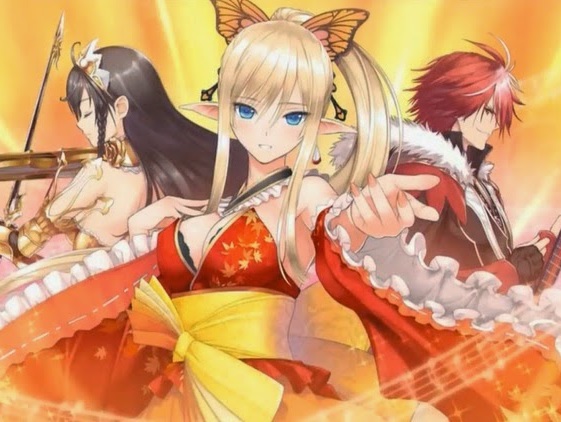 Miku bless Atlus/SEGA. Without that publisher we would just never see quirky Japanese games like Shining Resonance Refrain in the west. Of course, it’s SEGA’s own game and it’s been something like a decade since it bothered to localise one, but let’s not hold grudges here. Point is we’re getting a remaster of a Japanese PlayStation 3 game that was never released in the west, and better late than never, right?

And at least this way we get to play the game on the Nintendo Switch, nice and portable, as all games should be. you’ll also be able to play it on PS4 and Xbox One, but we all know Switch is the way to go.

Shining Resonance Refrain is an action JRPG with heavy musical influence. As you fight, you earn BPM (get it, musicians) and eventually this allows your party to perform a special ability through the B.A.N.D. system (surely you don’t even have to be a musician to get that one). Those can really turn the flow of combat in your favour. This system requires you to really develop the relationships between characters to be effective, and that promises, hopefully, plenty of quality character development.


As a remaster of the PS3 original, Shining Resonance Refrain will also contain all the DLC that the original game had released for it, which won’t mean much to us in the west as we never got the original release, other than it promises to be a very big new game to play.

The game also has stunning art, as the Shining series has for a while now. The artist attached to this project is a fellow called Tony Taka, who is particularly well known for his fanservicey near-erotic anime art (right up there with Tsunako from Compile Heart) and it means he knows how to make interesting, distinctive characters. I mean… just look at them (side note: he also designs some of the most amazing vocaloid art).

The game releases in Summer in America (Winter for those of us in the bottom half of the world).