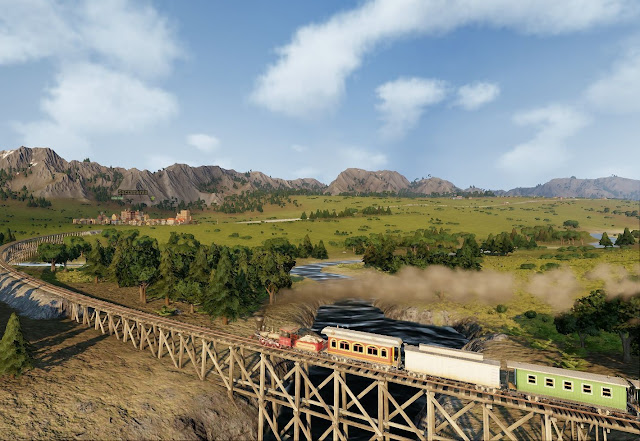 There aren’t enough railway tycoon games out there. Or tycoon simulators in general. What was once a thriving sector of the industry has slowly whittled away, and while there are some impressive looking attempts on the horizon (SEGA’s take on a hospital manager looks especially impressive), we seem to get more terrible, mindless clickers like AdVenture Capitalist than actual simulators these days.

Review: Grand Ages: Medieval was the last game by Gaming Minds. Matt’s review of it here.

But at least we have Railway Empire. Developed by Gaming Minds, the talented bunch behind Port Royale 3 and Grand Ages Medieval, Railway Empire behaves a little like Industry Giant or Transport Giant; old games that have also been ported to the PlayStation 4… only this one has an interface that is pleasant and easy to follow, and you can ride the trains you buy on the tracks you build! Choo choo!

Railway Empire takes place in the 19th century in America, as the country was finally grappling with its overwhelming size and scale (for what was then a tiny and very dispersed population), and connecting its fledgling cities across the country with mammoth train networks. Those investments paid off and America was delivered a transportation system that would allow it to ferry goods, services and people across the country with great ease and develop it into the industrial and economic superpower that it would come to be.


There’s something truly grand about what you do in Railway Empire. Because cities, farms, and other connection points you’ll be connecting to the train network via tracks are so distant from one another, the tracks themselves stretch across great swathes of land. This is why being able to jump on a train and ride the line is so impressive; you quickly develop a real sense of the sheer scale of the work that must have gone into these train lines in the real world history that they’re based on. Equally impressive is the ability to see the impact that your work has on the cities from the ground; watching as a tiny village slowly develop into a thriving city is always an appealing part of a simulation game. Here you don’t have any direct control over how the city itself grows, but you can watch as the train stations you build become hubs to swelling pockets of people set against the vast wildness just beyond the city limits. Too often we forget the impact that transport networks have over the growth and development of cities; games like Railway Empire are a useful reminder.

All of this is achieved through a remarkably simple and elegant control system – there’s a short hour or so worth of tutorials as you play through the first story mission, but from that point on you’re well equipped for the reasonable depth that Railway Empire offers without struggling through cumbersome controls. A big problem that these earlier tycoon games have is their inaccessibility, and when it comes to titles like Transport Tycoon, it takes real patience to learn how to grapple with the controller. Gaming Minds, as a developer, has always counted streamlined interfaces among its strengths, and while Railway Empire isn’t as complex or nuanced as Transport Giant, just as Grand Ages Medieval isn’t as complex as something like Europa Universalis IV, the sheer playability of the Gaming Minds titles makes them well worth a look – both as an entry for genre newcomers, and something relaxing and “clean” to play for veterans.

Mind you, “not complex” and “too easy” are two very different things, and Transport Empire is by no means “easy.” You can have a half dozen AI opponents to deal with, and as their own transport networks start to build up, finding your own niche, supply routes, and markets keen for your products are all genuine challenges. It’s actually not something we think about much in Australia, as our train networks are for the most part state owned, but having been to Japan and witnessed how private train enterprises compete for real estate and the customer’s attention, I find the capitalist dynamics behind train systems simply fascinating. Throw in the transport of goods from outlying farms, and the economic dynamics of Railway Empire are challenging to master. 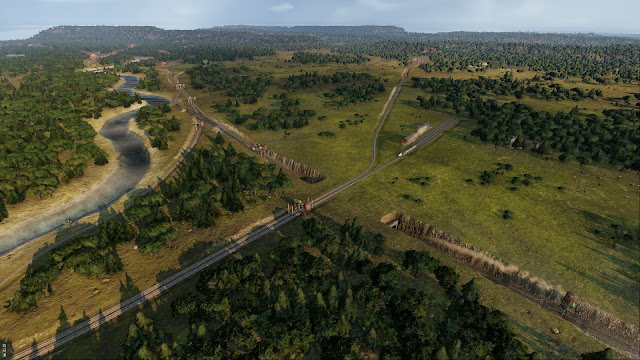 Layered on top of this is the need to construct efficiently. While the landscape that Railway Empire plays out over is vast, it’s also a reality that trains are not the most maneuverable of machines, and constructing tracks that have the kind of wide turns that trains need and the flat gradients (because they struggle going up and down inclines that are even more than a couple of degrees) takes some mastery. Especially if you want to do it efficiently. It’s always possible to built bridges and tunnels, but both tend to be expensive propositions best reserved for when there’s no other choice. Then you need to make the most of the tracks by designing parallel lines, switches and the like so that multiple trains can run on the same piece of track… else it becomes very expensive to the point of being unsustainable. to give ever train its own dedicated line between stations.

Then you need to deal with upgrades, and use the limited research points that you earn to slowly unlock improvement technologies to tracks, trains, and other features to give you a faster, more efficient, and ultimately profitable train network. There are paced out at a decent enough rate that you’ll always feel like you’re making progress, without it ever becoming overwhelming. Which is just as well, because the game’s busy enough as it is with you needing to manage the condition of the trains, the quality of the service being provided to passengers, and so on.

Another thing that’s wonderful about Railway Empire is how much the game offers. In addition to the story mode – which provides a too-brief but historically interesting context to go with the way it behaves like an extended introduction to the game – there’s a sandbox mode, where you can simply build without having to deal with rivals or financials (making train sets to ride around on basically), missions and free play modes, where you can either try and achieve specific objectives, or compete with as many opponents as you like in an open-ended version of the game. I like free play, personally, as I like my sims largely without objectives, but it’s good that the developer has covered off every preference you could have for playing a simulator. 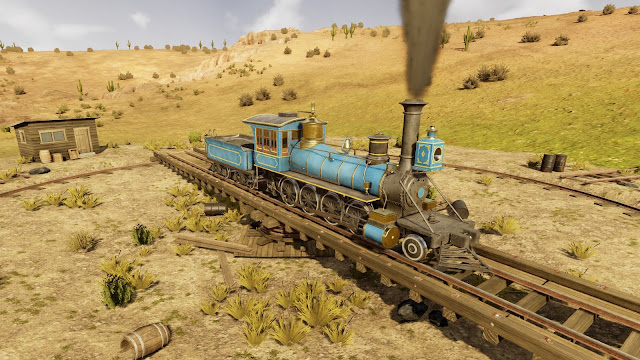 But, most importantly of all, you really can ride the trains, and the game is absolutely gorgeous. About the only thing that would have made the experience even better is if you could jump off the train and explore the stations and cities that wouldn’t be developing were it not for you. That aside, the game plays beautifully, is perfectly comfortable with a controller, is expansive, and is both enjoyable and illuminating. Everything that a good simulation game should be, really.