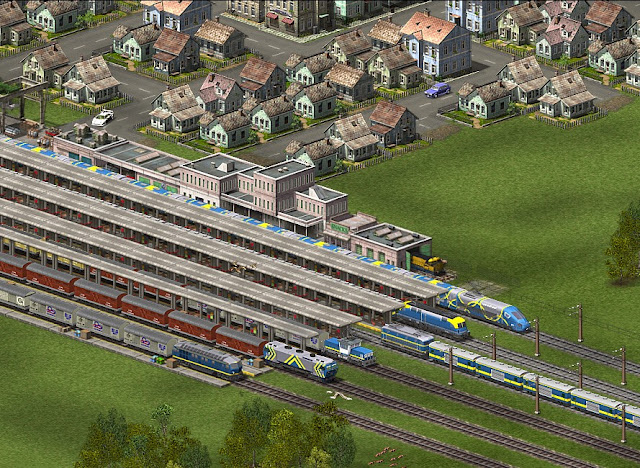 Late last year, UIG Entertainment released a port of Industry Giant 2 on PlayStation 4. Despite being an older game (and quite primitive looking), I really love that game. At the time when I reviewed it was plagued by a critical bug that would cause save games to fail, and for a simulation game that ruined the entire experience. With no communication about the bug being patched, I had no choice to hit the game hard in the review. Thankfully the bug was patched, leaving my review redundant, but with the game working perfectly fine, I’ve being playing it regularly since.

I can make up for that review with this review of Transport Giant. Transport Giant is a very similar game to Industry Giant 2 aesthetically, and both are super-hardcore simulators that are very heavy on the data crunching and minute details. Transport Giant, like its stablemate, can also be completely overwhelming to just jump into, but rewarding once you’re on top of its systems. For all that these games share in common, they do have a completely different focus, so as far as I’m concerned, they’re both complementary and essential for genre fans.

There are a couple of minor bugs in Transport Giant, to get that out of the way first, but nothing that I’ve found to be game breaking at this stage. For the most part, this is a very stable game, so I don’t need to repeat my review of Industry Giant 2. As you can see from the screenshots, the presentation is exceedingly simple, but it’s also oddly appealing for the sheer sense of scale that it presents, and it is still enjoyable to watch a massive transport network slowly open up and generate for you massive in-game profit. In other words, as primitive as it might look, Transport Giant’s aesthetics are enough that you’ll quickly feel ownership over what you’re creating, and for that you’ll love its rough edges. 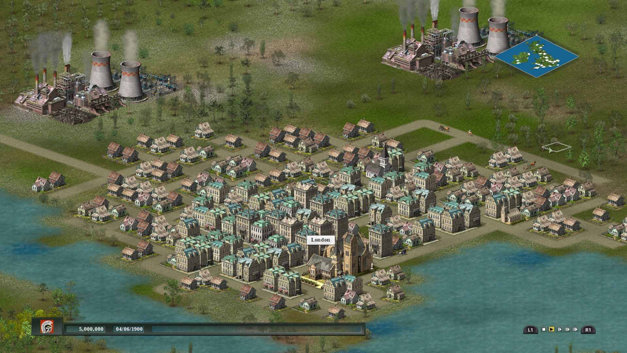 The game’s real strength is, of course, is in the detailed simulation it provides. Where Industry Giant was all about building a network of factories and farms, and then transport the produce of these businesses to shops and the like in order to supply populations with goods for consumption (and therefore helping the cities to grow), Transport Giant is purely about building up transport infrastructure, and moving goods and people around. In this way it’s closer to a game like the A-Train series. You’ll need to construct roads, rail, and stations in order to facilitate the movement of goods and people around, and in doing that, assist the development of urban areas. As these areas grow, the strain on your infrastructure will also grow, but you’ll be able to earn more money from the swelling population.

At first you’ll wonder if you’ll ever even understand the game, though. Just connecting two stations with a road or rail, and setting up a transport route between the two can feel like a process of so many menus that you may as well be going through the regulation to set up a transport network in the real world. Even with my experience with Industry Giant II, I made enough mistakes in my first couple of attempts that I needed to restart the game over a few times while I was getting the hang of it. The tutorial itself is also too brief, and will give you only the most basic introduction to how the game plays.

Still, the campaign does a good job of easing you in by limiting what you can do at first, and after a few hours, with some trial and error, you should be comfortable with how it all works. From that point you’ll appreciate the complexity, because Transport Giant is so rewarding in its complete depth. 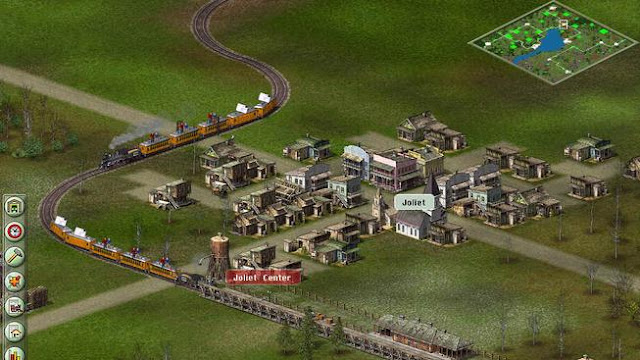 Sure, we all like accessible games that are instantly rewarding. In the simulation space, on the PlayStation 4 we’ve got games like Tropico and Constructor HD for that purpose. And those games are indeed rewarding in their own right, but titles like Transport Giant take things to an entirely different level. In taking the time to really understand the systems that are at work in this one, you can feel like you’re truly mastering it. A single sandbox map in Transport Giant isn’t measured in hours of play, but dozens of hours of play. It’s the kind of game that’s a hobby in its own right, and it’s not surprising that, at the end of it all, the map and your transport network look similar to the kind of physical dioramas that people who collect and build miniature train tracks create; Transport Giant taps into that same sense of creativity, and the same interest in logistics structures.

It’s quite a challenging game, even once you understand the mechanics. In addition to worrying about the cost of maintaining your infrastructure (and you can lose money on having poorly performing routes), you also have competition in the form of AI logistics companies that can cut into your business and split the potential revenue you can make from the area. At the start of the game maps are more than massive enough that you can establish yourself in a quiet patch of the map where you can enjoy a monopoly as you start to build up your business, but soon enough you will have to deal with the realities of competition, as expanding corporations run into one another. Yeah, capitalism sucks. Managing your business well so that it drives the other businesses out of business is incredibly rewarding though.

The other thing I love about these more serious simulation games is that they’re gently educational. Transport networks and logistics are a greatly misunderstood part of our everyday lives, and the impact that they have on the development of cities is something that’s often taken for granted. I look at my own home city of Sydney, and see the decrepit state of our train network, even as the government lays down yet more pointless roads and light rail, and wish that I could somehow force the government to play a game like Transport Giant. Not that they’d likely pay attention to it, because Australia’s politicians make a point of ignoring everything that doesn’t suit their ideology and personal commercial interests, but I would still have the slight hope that they’d understand just how much the city’s health would improve with a more efficient, productive, and extended transport network. I swear, every time I go to Japan and realise just how much the country benefits from its transport network… 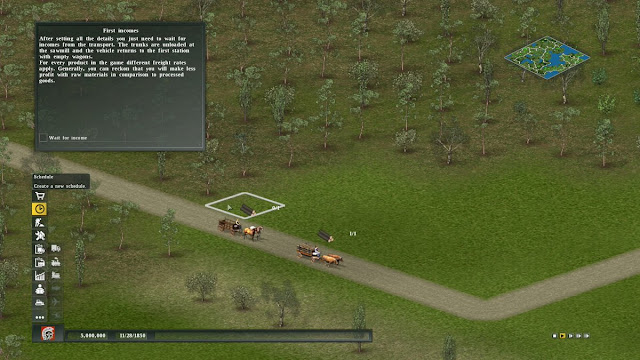 Related reading: And for something on the other end of the spectrum, Mini Metro is an incredible hyper-abstraction of rail networks. Matt’s full review.

I digress. The point is that Transport Giant takes itself seriously. It’s enjoyable and rewarding, but as a serious simulation, rather than something fun to unwind with on the weekend after a long week’s work. It’s not a game for everyone by any means because of that, but it is the kind of game that will continue to reward you the more you put into it.