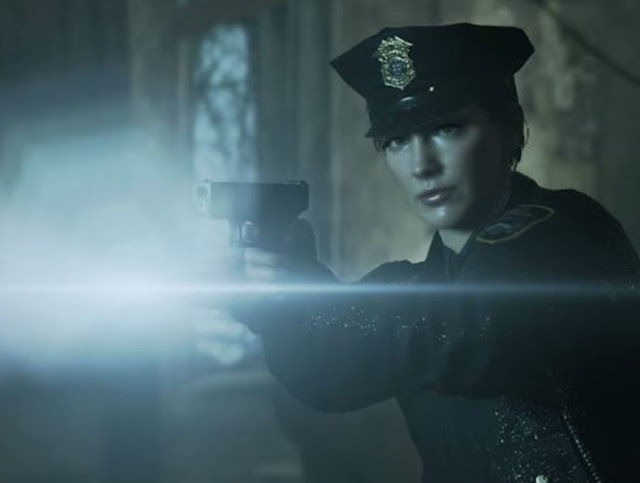 Recently, Sony formally unleashed PlayLink on the world. A new, highly social platform for the company, the PlayLink platform involves players downloading an app to their mobile devices, which they then use as a second screen and controller when interacting with the “main” game on the screen. It’s something we’ve seen in the past with the likes of Jackbox Party, but this is a new initiative from a major publisher, and it’s going to be interesting to see how it plays out.

To start with we’ve reviewed the three most significant PlayLink launch titles… and they range from singing and quiz games through to mystery thrillers. Overall, the platform’s off to a good start indeed.

Related reading: If you do like party games on your PS4, then you absolutely must give Jackbox Party a spin. Matt’s review of one of them.

SingStar is back again with another instalment in the long running series. Unfortunately, SingStar is also no longer the karaoke monster that it used to be. A lack of depth is the first killing point. The PlayStation 3 SingStar titles had the advantage of being able to read the videos from PlayStation 2 discs, giving players plenty to play with out of the box each time. However, SingStar on the PlayStation 4 has no such backwards compatibility, and a lack of variety is a killer for a karaoke title.

SingStar Celebration can be played with either the SingStar microphones (wireless or wired) or with the SingStar app. All of which pick up voice well enough. Despite this, the game seems to have serious latency issues. There are options to change the latency, including an automatic setting where the microphone is held close to a speaker, but this doesn’t seem to alleviate the latency problems at all. Further making the game an unnecessarily frustrating challenge, on-screen sound bars don’t even stay on the screen for the entire line before skipping ahead to the next line, which is very distracting when you’re actually trying to sing along. 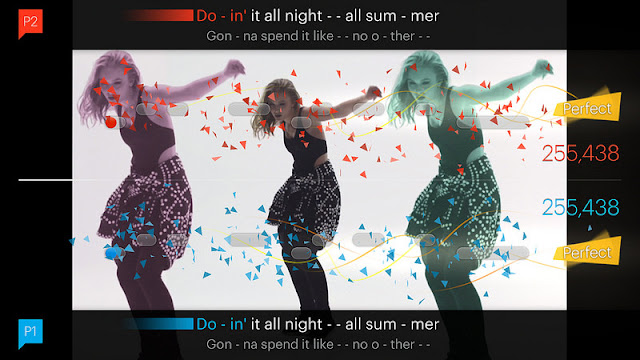 The track list, obviously the most important part of a SingStar game, falls pretty flat to be honest. Most of the included songs are songs that my daughter enjoyed a half decade ago as a six-year-old, but even among the most diehard fans, most would have moved on from the likes of One Direction and Meghan Trainor. Some tracks that were actually enjoyable to sing include Marvin Gaye and Tammi Terrell’s “Ain’t No Mountain High Enough” and Blondie’s “One Way or Another”. Of course, it’s all up to individual musical taste, but with four very diverse sets of tastes in my family, everyone was over the game in a matter of songs. And, again, when people go along to karaoke, they’re expecting to be able to choose between hundreds of songs. It’s kind of the point.

The SingStar PlayLink app is a good demonstration of the technology, however. It’s simply, clean and doesn’t chew up your phone’s battery too much. It acts as a microphone for the game, and it also lets people select the next song on a playlist.

SingStar used to be a tremendously fun party game way back on the PlayStation 2, and I still have some fond memories of the PlayStation 3 incarnations. SingStar was a beast, but the lack of backwards functionality, latency issues and a rather generic song list is no way to “celebrate” what made SingStar so great back in the day.

Hands up if you remember the Buzz! series of quiz games on the PlayStation 2 and 3! I had spent countless hours testing my trivia knowledge against my friends in those titles. Fast forward to today, and we have Buzz’s spiritual successor, Knowledge is Power. Sadly, we say goodbye to Jason Donovan’s Buzz character as we say hello to generic British guy Max as our host.

Played with up to six people via the Knowledge is Power PlayLink app, each player chooses an on-screen avatar, including such characters as an astronaut, alien and a magician, each player then takes a selfie utilising a camera filter built with that avatar’s features.

The game itself feels like a crazy quiz show. First of all, each player votes on a category via the app, the majority wins and ties have their choices randomised. If a player isn’t happy with the choice, they have one Power Play in the game to override the topic of choice. Each subsequent question (also answered on the phone screen) requires another category vote, with three choices being similar to the last question, and the fourth being a complete topic change. Each question also requires players to choose an object to hinder a chosen opponent. Some of these include removing letters from answers, covering the answers with goop and scattering bombs all over the player’s answer grid. These serve as effective distractions to the unlucky person who has been chosen to receive them and keeps the game relatively close. 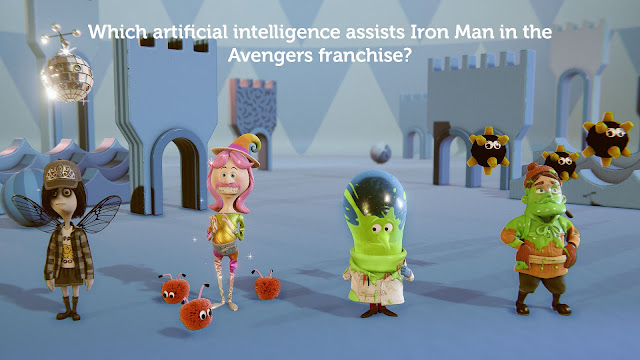 The questions are across a wide range of topics, and anything is fair game. There are questions about video games, about movies, about physics, about space, and so on and so forth. I was rather impressed. There are also minigames thrown in, the first requiring each player to link things together. As an example, I had to link each animal to their group names, so lion would go with pride and so on. The second mini game requires the players to sort objects left or right. I excelled in this game when I was required to swipe all of Charles Dickens characters to the left and WWE Superstars to the right.

The finale of the game is a quiz pyramid. Depending how well each player did in the opening rounds is how high up the pyramid they start. Players are able to hinder their opponents to try and prevent them from climbing up the ladder too easily by throwing things at them, and it can be pretty stressful when you are on top and everyone throws their objects at you!

Knowledge is Power is an entertaining quiz game, and based on my multiple playthroughs I’m yet to hit a question for the second time. It’s Mario Kart-style item system ensures that most games are close, no matter the quiz knowledge. At the same time, the questions themselves are entertaining and varied enough that this one comes highly recommended for trivia heads.

This one is a bit of an oddity to be honest. All other PlayLink titles have presented themselves as multiplayer party style games, and Hidden Agenda goes against the grain. While Hidden Agenda is designed around the multiplayer experience, this one is like a groupthink choose your own adventure, and as a result ends up being less “fun” and more about discussions with your playing group about the morality of the decisions being made.

As a result, Hidden Agenda takes a huge gamble in storytelling. Not everyone is going to agree on how to proceed with the story. Even decisions where a police officer needs to shoot a suspected criminal or not needs to be made as a group. As the game progresses, votes are made on whether your friends playing with you are trustworthy or not, and points are made accordingly. There are cards in play too, which allow some players to make a decision on behalf of the group without consultation, which can lead to arguments as well. 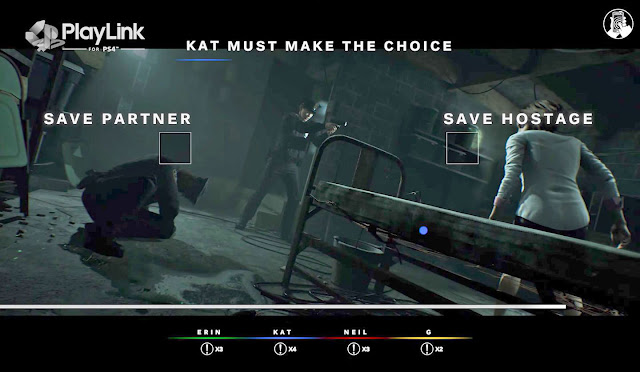 The narrative itself is about what you could expect from a Western thriller. There are twists in the game, depending on the decisions made, and is the polar opposite in atmosphere to all other PlayLink titles so far. It is very bleak in atmosphere, and holds a deep narrative that attempts to draw all the players in to see what happens next, rather than a simple quiz or karaoke sing-a-long. It’s a bold move from Sony, and for the most part it works.

The companion app is possibly the best out of the PlayLink titles. It acts as an on-screen mouse cursor, while also holding a tonne of information about key characters in the story and decisions that have been made and by whom. It acts as a full encyclopedia of events that have happened in the game in real time. The information it provides proved useful during gameplay on more than one occasion.

Games like Hidden Agenda are what we need to see more of. The game itself isn’t perfect, but it is a perfect example of games that try new ways to tell a story. Full credit to Sony for trying something new with the mobile phone linking system.