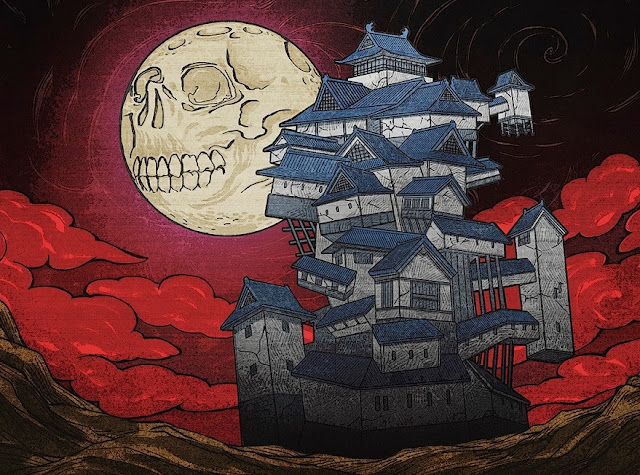 There are two ways to approach the classic dungeon crawler genre. The first is a throwback right to the days of Wizardry, with turn-based combat and, generally speaking, a focus on highly detailed, largely static sprite-based art. This is what most Japanese publishers use, and everything from Etrian Odyssey to Demon Gaze and on to modern Wizardry titles follow this format.

Related reading: A close comparison, from a western perspective, is Legend of Grimrock. Matt reviews the original on iPad.

The other approach came around a bit latter, and was really popularised with titles like the classic Dungeons & Dragons Eye of the Beholder. This approach puts players into the same grid-style dungeons, where every step the party takes moves them from one “square” to the next, but the combat plays out in real time, and enemies are generally highly detailed 3D models. The Legend of Grimrock is a recent, and very notable, example of this approach.

Neither approach is really better per se, but as things have rolled out western developers have tended to gravitate to the real time dungeon crawl, while Japanese developers like the more traditional take on the genre. It was a nice, even split, but then Asakusa Studios landed on the scene with Hyakki Castle, which mixes the western approach to the ‘crawl with an entirely Japanese aesthetic and theme. And it’s so, so good.

With a name like “Asakusa Studios,” you would expect that the team has a love for classical Japan. Asakusa is known for being the place where people go for the old Japan experience, what with its infamous temple and shrine and old-style shopping street leading up to it. It’s one of those places to go for when you want to escape the modernity of Tokyo, and Hyakki Castle itself taps right into that.

“Hyakki” refers to a very famous folk tale, Hyakki Yagyō, or the Night Parade of One Hundred Demons. It’s a story that regularly features in classical Japanese paintings and stories, and it’s fairly self-explanatory from the title; one night, one particular yokai (spirit), Nurarihyon, leads a parade of a hundred yokai through the streets. On that night, you’re best to remain indoors, because if you come into contact with the parade, you’re instantly killed and whisked away. Yokai being the incredibly diverse bunch of monsters that they are, there’s a real visual appeal to the idea of one hundred of them dancing and playing down the streets of old Japan; a macabre festival of the dead and the natural world that humans should not be a part of (because yokai can be both ghosts and spirits of nature).

Hyakki Castle takes that aesthetic and concept, but moves the action from the streets of a town to a decrepit, crumbling castle. It also gives you a chance to fight back against the yokai, else it would be a very short game indeed. Like Legend of Grimrock and other modern, western, dungeon crawlers, Hyakki Castle is very light on the narrative beyond giving your party a reason to be in the dungeon in the first place. Thankfully, the rich lore that Asakusa Studios has drawn on in the creation of the yokai that you’ll fight on your way to the top level of the dungeon gives the game a narrative context well beyond what something like Grimrock could ever offer. Grimrock’s enemies were standard fantasy tropes. Just about every yokai from Hyakki Castle seems to have been derived from real yokai legends, and as a student of Japanese mythology, I loved that I either recognised each monster instantly, or had something to research once I stopped playing. 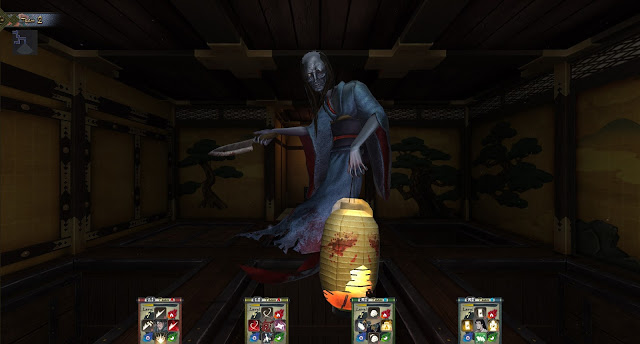 The yokai are beautifully rendered, too. Almost everything else about Hyakki Castle is functional rather than flashy – the character portraits of your own heroes are tiny and generally uninteresting, and that’s disappointing since they’re meant to be representing some really cool character classes (Samurais, Kunoichi or Ninja, Monks and Shrine Priests or Miko). Environments also don’t do much more than set the scene. But those yokai are intricately detailed and perfectly horrible in their design. The eeriness of them – particularly to our western eyes that are less used to these kinds of aesthetics – makes them all the creepier, and really carries the game, in terms of setting the scene and keeping me playing. I just had to see what I was up against next.

Hyakki Castle also has a unique gameplay trick up its sleeve – you’re in control of a party of four heroes, but at any point you can split the party into two, and those two groups can go in different directions. There are a couple of reasons you might want to do that. Firstly, because you can switch between parties at will, you can use a split group to out-flank an enemy. Keep the enemy distracted with one group, then angle the other around to hit the enemy in the backside. For the tougher enemies (and this game can get tough), that’s an important strategy to keep in mind. The other use of the split party mechanic is navigating through some puzzles and traps. Sometimes one group will need to step on a pressure plate so the other can walk through a (now open) door, and so on.

There’s no thematic or narrative need to split your party; it’s a purely mechanical function by the developer, and if you were able to play the game through without splitting the party, it would be none the lesser for it. As someone who has played a lot of dungeon crawlers, I liked this feature all the same, as it allowed for some slightly different level design and had me thinking about moving through the space slightly differently.

What lets the game down is in its depth. While the puzzles manage to remain creative from start to finish, and the enemy design never falters (either in quality or variety, as you move from one room to the next), it’s hard to shake the feeling that the actual characters were thrown in as an afterthought. Skill trees are very basic, the inventory UI is generally poor, and at first I had difficulty even seeing how my character’s health and magic pools were managed. I never once felt the need to check my character’s statistics, and when it came to giving them new equipment, I simply threw whatever gave the greatest boosts to their numbers. I’d leave them with that equipment until something else came along that provided an even bigger boost.

Exploration of the dungeon does suffer as a result. There’d be times that I’d see a treasure chest behind some trap or gap in the floor and not bother chasing it, assuming that I wouldn’t find the rewards that interesting. Sometimes I’d end up coming across that treasure chest normally as part of moving through a level, an invariably I was right in my initial assumption. When I saw a set of stairs to the next dungeon level, I would also take them instantly, even if there were some areas of the existing level I had yet to complete. I was more interested in seeing what was ahead than potentially running into more of the same enemy and finding loot that I wasn’t that fussed over. This of course put me at a disadvantage in the later levels of the game, but the tense battles with monsters then were some of my favourite moments in the game. I generally like my ‘crawlers to be difficult, and when it comes to legendary monsters of Japanese mythology, the challenge seemed appropriate.

Those are minor quibbles; I wasn’t really playing Hyakki Castle for the “gameplay” so much as the opportunity to run through a gauntlet of stunningly-rendered yokai, and the game really scratched that itch. This is the first game for Asakusa Studios, and with it, the team has announced itself as a real talent, and a group of artists and coders with a real understanding on how to meld Japanese tradition with very modern gameplay.