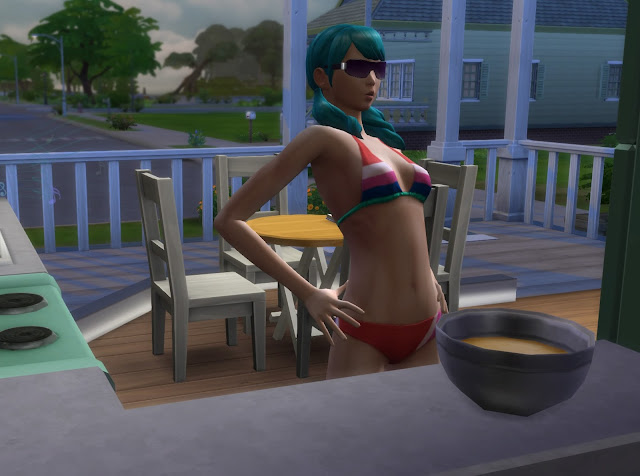 I’m going to tell you a story. It’s a story about a young girl with big dreams, who moved to a small little town to try and make a name of herself.

Her name is Hatsune Miku, a beautiful girl with the most lovely green hair you can imagine, and she has made this big move while still finishing her education to pursue her dream of becoming a music superstar. Settling into an old, but clean and neat home, she’s all alone in the world, but bravely sets out to achieve her life goals.

But first she needs work, because the limited savings that she has won’t last long. There is groceries to buy, bills to pay, and because she’s living on the cheap, her toilet keeps springing a leak, her stereo keeps exploding, and she just hasn’t got the time to fix this stuff herself. Not when she’s got school to attend, grades to pass, and a violin to practice. So Miku gets herself a job, working at a cafe, for two hours every day before school. It’s money that flies out of her pocket as soon as she earns it, but at first, it’s enough that she’s keeping herself afloat. 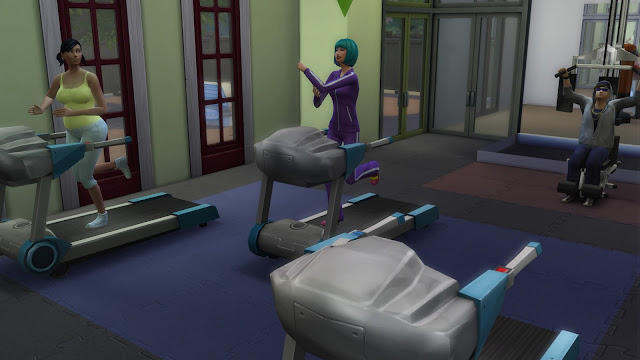 It doesn’t take long for this routine to cause problems however. Never mind that poor Miku never has the energy or time to hang out with friends any more – she has to get up at 3am every morning, after all, and is back in bed by 8pm to get a minimum of rest to get her through the next day – but she is also struggling to keep up with her homework and studies. Actually, she’s downright failing as day after day of homework goes unfinished from a lack of room in the daily routine to do it. She’s also miserable because she hasn’t got the time to properly practice her violin. Those dreams of becoming a musician are fading, ever so quickly, and by the time Friday rolls around, it’s easy to imagine poor Miku regretting every decision she’s ever made..

But then the weekend arrives, and Miku can relax. She allows herself to sleep in (to 5am!), and has a leisurely breakfast while catching up on her favourite romance TV shows. Feeling flirty, she then wanders out to catch up with all the other people enjoying their weekends by going on a jog, hitting up the fishing spot, or otherwise basking in the reprieve of a day off. Miku’s popular with them all; older men, classmates, younger kids, and indeed she’s too popular. It doesn’t take long for her new found friends to start texting her, requesting to come over at all times of night, no matter how many times she ignores those messages. Creeps.

Sunday’s an even better day. Having largely recovered from the week over a lazy Saturday, Miku now has time to sit down and knock off a good chunk of homework, practice the violin for a few hours, and then wander into town to play a game of chess in the library or work out at the gym. She finishes her week fully rested, inspired, and once again happy with life. Then the next week starts, and it’s back to dragging herself to the cafe at the earliest of hours to earn a pittance of a wage. 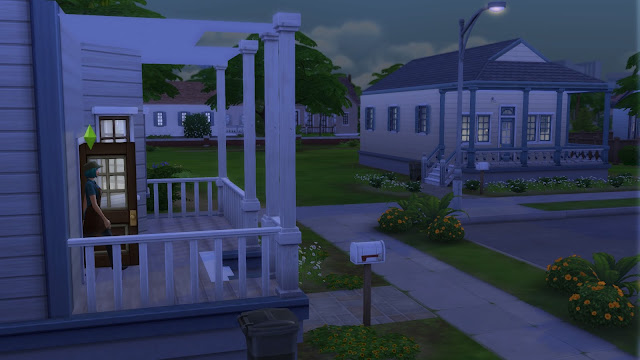 But she can’t quit her job, because that money is critical for keeping her head above water. And, plus, Miku was getting better at this job in the coffee house. Perhaps she’ll get a promotion soon, start making more money, and it’ll start looking like a stable career path…

I’ll cut the story short, but things don’t end well for poor Hatsune Miku. She ends up broke, those dreams shattered, and the Sims 4 reveals itself to be one of the most complete, if likely accidental, criticisms of the entire horrible capitalist system that works so hard to break every person that ever had a dream in life. If the game had a universal basic income (UBI) safety net in place, Miku could have quit the cafe job and focused hard on her music – ending up contributing much more to the world than she does as a barista at a cafe, in a job she doesn’t even want. If education systems were more flexible and tailored to the individual – as they should be – Miku could have spent more of her “blocked out” time each day on furthering those musical ambitions even more

The Sims is really great in pointing out how fundamentally screwed up life is, and as such it’s a game where you can play one of two ways; make your characters slaves to routines and dig them into those metaphoric graves to the point that they can never escape, or you turn your sims into lunatics and enjoy messing around with them until the game’s systems gets the better of them and they keel over and die. Either way, it continually reinforces a social, economic, and political undertone to The Sims that I’m sure wasn’t intended to be completely biting (because EA would never want to do something too transgressive), but it is. It really is. The game dresses everything up is as a lighthearted, charming silly nonsense, with joke names to describe authors like Tolkien and Ayn Rand when your character shopping for books, or the ridiculous nonsense talk of the sims in the way they babble at one another in incoherent “language”. But it’s not. Accidental or not, The Sims is a biting commentary. 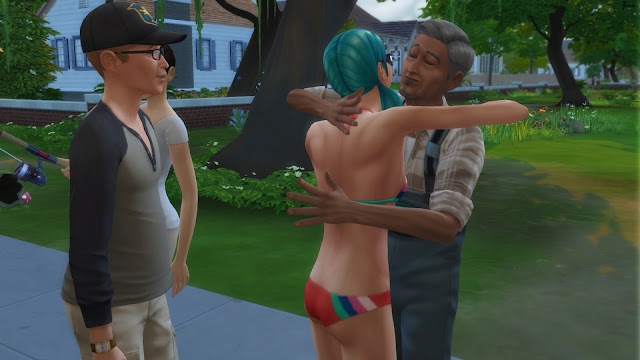 You can make it easier on yourself. You can create complete families in The Sims and have them go through life together, and had I have made a mother and father for Hatsune Miku she wouldn’t have had to spend so much time working at the coffee shop; the privileged sod wouldn’t have had to worry about money at all. But beneath that social commentary, what is so great about The Sims is how customisable it is, and how many different stories you create as you play by making characters and scenarios that suit the kind of story you’ve got in mind. Each person’s stories are going to be different, but each person is going to emerge from the other end of this game with those stories.

It’s because you develop a connection to your character that you’ll keep playing, too. At first The Sims 4 looks very plain; character models are decent without being incredible, and environments are small and functional. Thanks to the range of things that you can have your sims do, the range of personalities and lifetime goals that you can give them, and the simple fact that you are watching these “people” day in, day out, over the course of their lives quickly builds a connection between you, and them. Indeed, it’s impossible to play this game without putting a little bit of yourself in there, so in a sense you are doing a lot of projecting, and for me – and I suspect many others – that will make you care.

The voyeurism is creepy – far more creepy than most of the supposedly “pervy” games that come out of Japan, because in this one the entire game circles around watching people – modelled in an exaggerated fashion after real, living human beings – in their most intimate of situations. You’re watching them on the toilet and showering. You’re watching them laze around at noon eating cereal for breakfast. You’re watching them in bed for the first time with their new beau. That’s what creepy voyeurism is, and, in a perverse twist, that’s what makes it so compelling. So much of modern entertainment is about watching other people be people – it’s the entire premise of reality TV. The Sims is simply the ultimate realisation of that. 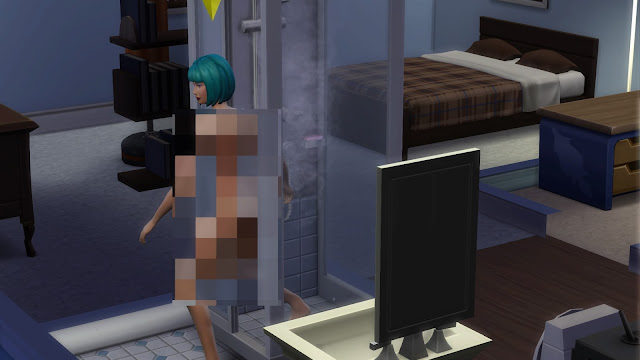 There’s a philosophical theory that’s been doing the rounds in recent years that suggests that really we in the real world are all parts of a giant simulation of some kind. One that’s slowly becoming self aware. The Sims is like a mirror within a mirror, reflecting back what we must look like to whoever’s watching us. This is a game that offers such poignant and relevant social commentary, and after many years of being either PC-exclusive, or released in a very watered down fashion on game consoles, it’s great to see that this great experiment in giving us the tools to play around with humanity is finally on console in a full and unabridged way.