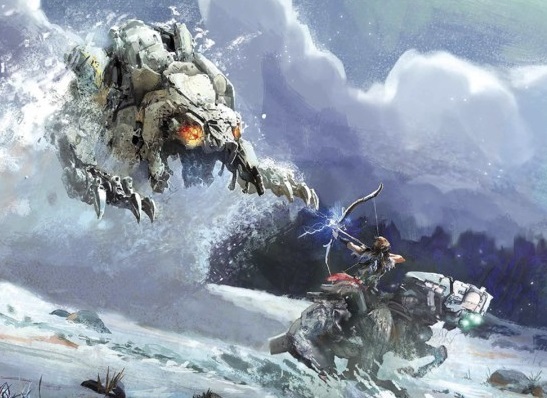 Snow levels are the bane of my existence. Many games have their wintery themed levels, which to me generally look uninspired, and use the snow and ice as an excuse to offer the player a new challenge in making the floors slippery and difficult to navigate. Horizon: Zero Dawn’s DLC expansion, The Frozen Wilds, thankfully does not use the presence of snow in such an arbitrary manner, but it’s also a fairly repetitive experience; particularly for people who have spent a lot of time playing the base game.

Related reading: Our review of the base game for Horizon: Zero Dawn.

Aloy becomes aware that there are some new machine-types to the far north, beyond where the final chapter of the base game takes place. From there, she essentially goes through the same structure as the base game. These new machines are being corrupted by a different computer, and Aloy traverses the snowscape, meets new characters, completes quests and hunts animals and machines. It acts as a short, 10-hour version of the main game. Some of the characters are certainly interesting, and the game delves deeper into Banuk lore, but otherwise it’s a reasonably shallow experience.

The game recommends that Aloy be at least level 30 when starting the expansion. As I had previously finished the game, I’d already had a level 50 Aloy ready to go. The difficulty was maybe a tad higher than the base game, but only because I couldn’t override any of the machines in the expansion to assist Aloy – that ability is rendered moot for the purposes of this expansion. The new machines are interesting, being based off wolves and polar bears, and the addition of control towers that repair enemy machines gives an added element to combat. 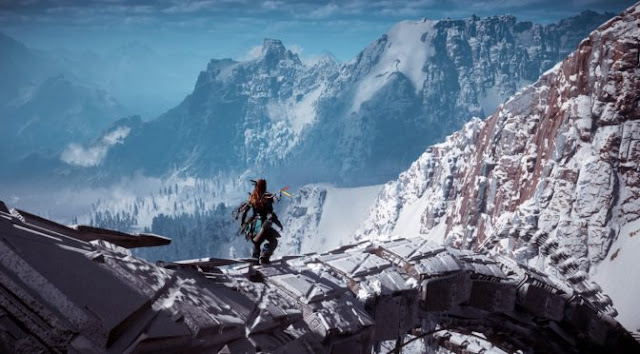 Aloy also has a few new skills that she can learn, and since I’d finished all the side quests and maxed out Aloy’s level, I could instantly purchase almost all the new skills bar two. I’m not sure if it was the intention that Aloy had more skill points than she needed at the end of the base game, but it didn’t offer any incentive to get more skill points since I could almost max Aloy out to begin with.

The snow based landscape of The Frozen Wilds is definitely some of the most beautiful wintery landscapes I’ve seen in a videogame since in quite some time. Snow powder puffs off Aloy’s feet as she tries to run through the deep snow. The slow fall of snow in the far north hinders the vision somewhat and adds an element of danger to combat.

The side quests are exactly the same types of side quests in the base game. Find another Tallneck, take over another bandit camp, beat the trials at the local Hunting Grounds. Once I was told I needed to do at least one of these things in one of my quests, it soon became apparent that this is an expansion with no new ideas. Fetch quests make up most of the side quests, and even most of the main quests, and it soon becomes a chore to get through just to see that this DLC has basically the same ending as the base game. Which unfortunately remains quite a disappointment. 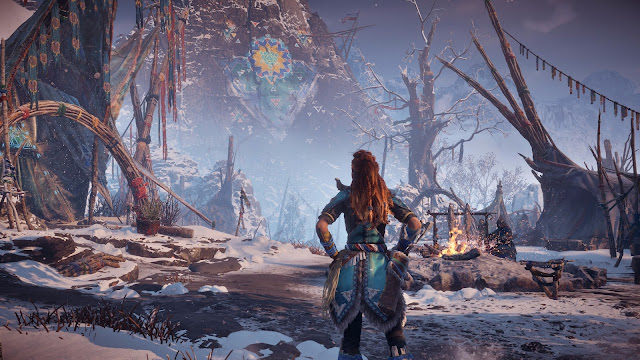 It may seem like I’m being extremely harsh on The Frozen Wilds, but it needed to offer something new. Guerrilla Games has made an excellent world with some very interesting lore behind it, and I am definitely keen for a sequel, but at the end of the day, unless you are a huge fan, and really want to know more about the Banuk tribe, there’s no real point to this DLC.