In news that may have massive implications for the entire games industry, Belgium’s Gambling Commission has ruled that loot boxes, which have been the source of such controversy in Star Wars Battlefront 2 and other recent titles, are indeed gambling and are harmful for children. It’s now going to pursue a ban of loot boxes, and as Belgium is part of the EU, the flow-on effect of that to all of Europe could well make loot boxes untenable as a development practice. 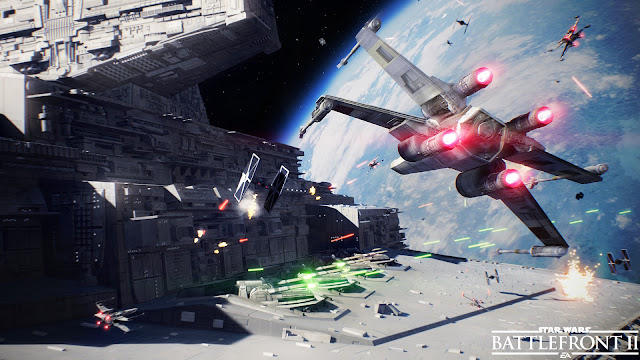 Moreover, if the ban is successful, what implications does that have for existing games like Overwatch, or free-to-play mobile games that rely entirely on the gatcha system to make any money at all?

It’s going to be an interesting time, that’s for sure. I don’t necessarily believe that loot boxes should be banned, because done in the right spirit they can, like DLC, add to the experience. I am, however, glad to see legal bodies take this seriously when a company overreaches, as EA has clearly done.

UNDER NIGHT IN-BIRTH Exe:Late[st] is a really, really ridiculous name, but it does come to us from one of Japan’s most revered 2D fighting game developers, and now, thanks to P*Qube, we have a release date: February 9, 2018.


This game has four new characters over its predecessor, four new stages to fight on, and a revamped combat system that promises to add greater balance and some new systems for fans to sink their teeth into. There’s also a complete story mode and a number of other ways to play including, of course, online multiplayer.

This is one of those 2D fighters that I wasn’t able to get into last time around, but I’m more than willing to give it another shot because it just might all click with me this time around. The trailer, above, certainly looks great!

Okay, so the last Valkyria Chronicles ended up being controversial. I’m not entirely sure why (I loved the game), but there you go. It looks like SEGA is really keen to re-establish the franchise though, because the newly-announced Valkyria Chronicles 4 seems to be doing everything it can to convince us that it’s just like that classic original.

Related reading: Matt’s review of the remaster of the original Valkyria Chronicles.


It’s set in the same time period as the original, though it has a different cast. It also makes use of the same watercolour approach to art. The music composer from the original has been roped in to participate again, and, yep, that brilliant blend of turn-based RPG and action shooter is back, too.

Hopefully, just hopefully, the game ends up being as good as the original that it borrows so heavily from. I expect it will. No release date just yet, but we’re assured it will land some time in 2018. It’s getting a release on all consoles. Yes, including the Switch.

Coming to PlayStation 4 and Nintendo Switch in Spring 2018 (Autumn for us Aussies), Gal*Gun 2 is the sequel to a really excellent original, and based on the new gameplay trailer, below, it’s shaping up to be a real enhancement in every important way imaginable.


This new game has more characters, and where the original took place over the course of a single day, this one gives you 30, and that opens it up to being a far more in-depth experience, with more missions and narrative to go with the shooting action.

That shooting action also has some new tricks, such as a weapon that is able to create a wind gust, which is just perfect for blowing up the girl’s skirts… yeah, Gal*Gun has lost nothing of what made the original so… noteworthy. Enjoy the trailer!