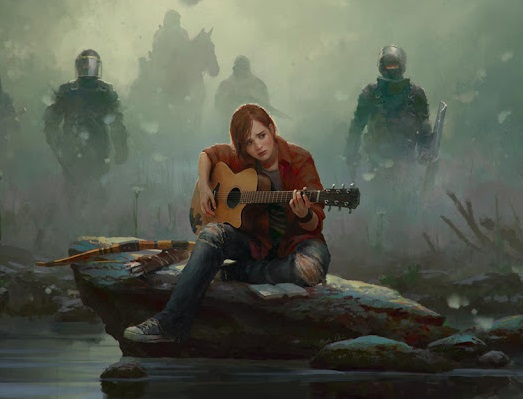 I don’t know when torture became a selling point for AAA games. It seems like, these days, every other trailer for a blockbuster game—especially those shown at big showreel events like E3 and Paris Games Week—is full of extreme, graphic torture, all in the interests of driving hype and selling pre-orders.

Yesterday, Sony showed off a new trailer for The Last of Us: Part II. The entirety of the trailer was one long, drawn out torture scene. It opens with a woman, hands bound, being dragged through the mud. Looking up, she sees a corpse hanging from a nearby tree, and next thing she knows, she’s getting a noose put around her neck. She gets slowly lifted up, kicking and screaming, and then one of her assailants pulls out a knife and presses it up against her belly.

Her saving grace—if you can call it that—is a sound from the bushes nearby that distracts her attacker. It’s another woman, being similarly dragged through the mud. “Clip her wings”, says the woman with the knife, who is apparently the leader of this group of brigands. The second victim’s attackers pin her to the ground, pull her arm out, and proceed to smash her elbow with a hammer. Repeatedly. While she screams out in agony.

Suddenly, an arrow through the eye kills one of the clipped wing’s attackers. With the distraction, she’s able to pick up the dropped hammer and kill the other guy, while the hanged woman strangles the ringleader with her legs. Their saviour comes out of the bushes, and then the three band together, ready to face whatever other threats the forest holds. Cut to “The Last of Us: Part II” title card and a Naughty Dog logo. 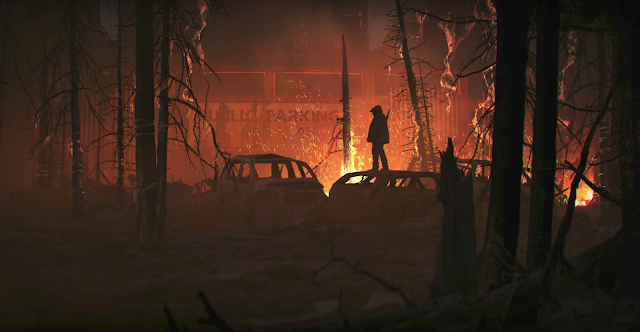 If you can get to the end, the meaning is clear:these three are survivors, in a cruel post-apocalypse where people are the real walking dead (how original!). But the first four minutes of a five-minute video are graphic, brutal torture with no context.

If you were watching the Sony Paris Games Week livestream, this was thrown in your face with no warning and no chance to opt out before the fact. If you were at the event itself, you were forced to sit through this, without even the option of turning off the show when it got too intense. For anyone who finds this sort of content triggering—in terms of what that word actually means, not what Internet trolls have distorted it to mean—they now get to spend the day (or week, or month, or however long) reliving their trauma because they decided to watch a stream about upcoming PlayStation games. Even if it’s not triggering in a literal sense, this sort of graphic torture is understandably upsetting for a lot of people.

“Maybe the game will do this scene justice,” people say. I have my doubts, given Naughty Dog’s history with this sort of stuff, but maybe it will. Maybe in the context of the rest of the game, this scene will make more sense, and it being so confronting and upsetting will serve a purpose. But a trailer isn’t a full game. It’s an isolated slice and a piece of narrative in itself, lacking context to the full game by necessity, but also being its own work, and therefore needs to tell its own story. If you want to sell the idea of a gritty, lawless post-apocalypse, you can do it without torturing your potential customers.

Also, sharing this sort of trailer means they’ve already failed to do the issue justice, before the game’s even in shelves. As Innes McKendrick pointed out: “If you’re you don’t feel the need to show a content warning for extreme misogynistic violence in your game, you’re inherently unable to handle it well. If you don’t warn for violent, abusive, misogynistic content is immediately clear you’re not thinking about survivors of those things. You’re ignoring them as people, while co-opting their experiences for entertainment, and profiting at their expense. So don’t give me ‘maybe so-and-so will handle this sensitively’. They already haven’t.” People are also arguing that “games are art, and art needs to be able to explore difficult themes.” I agree, 100 per cent. Some of the most powerful, meaningful games I’ve played are ones that I’ll never play a second time because they were just too upsetting. That was their purpose—not to upset or offend, but to explore ideas that are inherently upsetting or offensive. But those are full games, and I had to opt into those experiences by buying the games, reading the content warnings, and deciding to forge ahead. A trailer, presented without warning as part of a big console showcase, removes every tool available to let me engage with upsetting, confronting content on my own terms.

“The trailer was showing the tone of the game,” some people say. But there are better ways to sell the tone of a game—ways that are both less irresponsible and more effective. Look at the official trailer for The Road (the film), for example. That’s a film that’s necessarily violent and confronting, and The Last of Us is almost identical to it in terms of tone and theme (and plenty of other things besides). The official trailer conveys everything The Road is trying to achieve—the desperation, lawlessness, and and lack of humanity in a post-apocalyptic world—and it hints at the violence in the film itself, but without ever actually showing it. Watching that trailer, you know what you’re getting into if you choose to see the movie, but the trailer itself never assaults its audience the way that of The Last of Us: Part 2 does.

This sort kind of heavy-handed, thoughtless approach to game marketing isn’t new, but it seems to be becoming increasingly common. Moments before that awful The Last of Us: Part II video, there was a trailer for Detroit: Become Human focused entirely on a father yelling abuse at his daughter. The purpose here was more clear—as an android caretaker, your choices affect what happens, and your decisions can help the girl escape or avoid her father’s anger—but it’s nonetheless a sensitive issue that’s extremely triggering for a lot of people.

At E3 this year, Bethesda announced The Evil Within 2 with a trailer showing a young girl being burned alive. Again, there was no warning, and I’d never been more relieved to not be watching a press event than when I found out about it after the fact. An early trailer for Until Dawn was just a few minutes of a young woman, clad in nothing but a bathrobe being, terrorised by a killer. It turned out to be a very good game, but that trailer, in isolation, in a setting where people weren’t expecting it and had no way to opt out, was in incredibly poor taste. Much of the marketing for the Tomb Raider reboot—a game that was primarily about a woman overcoming danger and finding her place in the world—put excessive attention on the extreme physical abuse she had to go through, for the sake of getting people to “empathise with her”. Again, that was an excellent game, and it’s one of my favourite games of recent years, but the marketing for it was horrid. (Also, notice how it’s almost always women being subjected to abuse and torture for the sake of selling games? I wonder why that is? < / sarcasm > ) 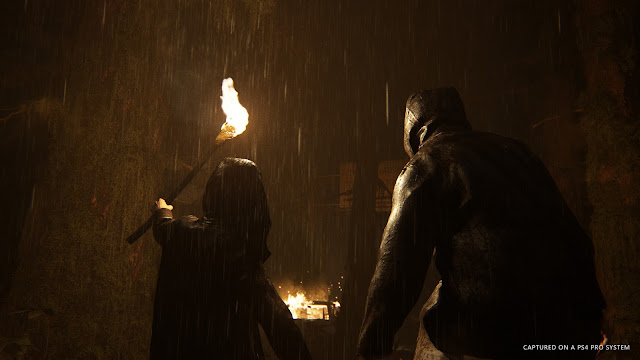