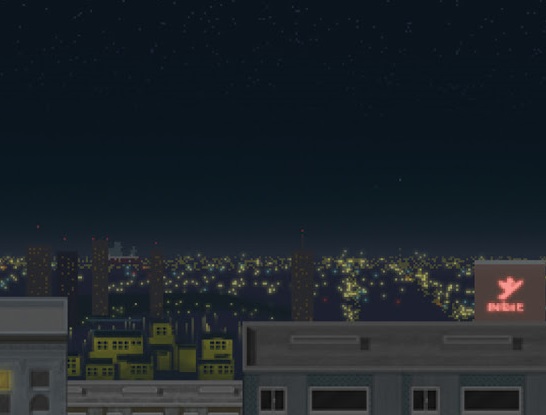 Imagine a survival game, but instead of a frozen tundra or an isolated forest, the unforgiving wasteland is a city drowning in the cruelty of late capitalism. That, in a nutshell, is Always Sometimes Monsters: a game about surviving poverty and desperation in a world where money is the only thing that matters. It’s not a hardcore survival game in that you’re not always one mistake away from death, but it’s a survival game nonetheless, making you scrape the bottom of the barrel to eke out something resembling a life.

Related reading: Matt’s review of the original PC game for many years ago now.

You play as a would-be novelist who, due to the collapse of what should have been a lucrative contract, is broke. Within the first few moments of the game, your landlord tells you that if you don’t give him your already overdue rent by the end of the day, you’ll be evicted. He’s not playing, either: until you can scrape together the 500 bucks you owe, you’re homeless—crashing on friend’s couches if you’re lucky, and sleeping rough if you’re not.

Doing odd jobs gets you a few dollars here and there. Riskier options, like robbing drug dealers, might get you a bit more, but come with their own problems. There are a few more lucrative, honest jobs—like freelancing for a local paper—but even a $100 for a day’s work isn’t enough to pay back your landlord. If you’re feeling lucky, you can gamble what you have on the lottery, but the chances of coming out better off are slim.  Best case scenario, you’re going to spend at least one night sleeping in an alley with rats for company. In all likelihood, you’ll spend a few more than that. 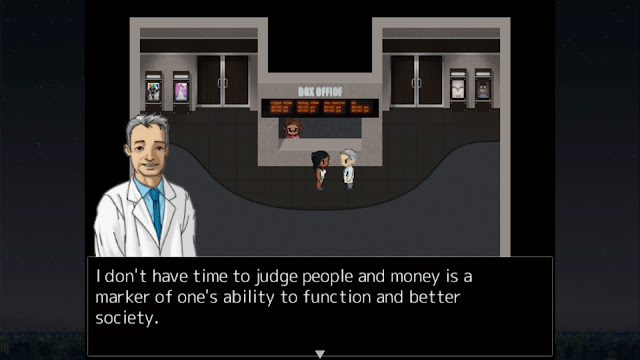 You also need to eat. Go to sleep with an empty belly, and you run the risk of dying off hunger in the night. Food costs money though, and that’s something you already have less of than you need. Buy a sandwich and sleep under the smog-obscured stars, or risk it in the hopes of being able to afford a bed tomorrow? If you’re lucky, you’ll get to choose; if not, you’ll go to sleep rough, hungry, and poor, not knowing if you’ll wake up the next day.

But as I said, Always Sometimes Monsters isn’t a hardcore survival game. It’s not out to kill you at every turn. Rather, it’s a game about scraping by, doing what you can to make get by, find shelter, and find food. It’s a game about empathising with people who fall through capitalism’s cracks. Being poor or homeless doesn’t make you less human.

It’s also a game about love. While everything else is going on, your character gets an invitation to their ex-partner’s wedding (you can choose the gender of each; in my game, we are both women). It was clearly an unhappy breakup, and the invitation comes as a big surprise. Still, it’s enough to spur you on a journey across the country to go to the wedding—even if you don’t know what you’ll do when you see your ex, let alone how you’re going to get there with what few funds you have. 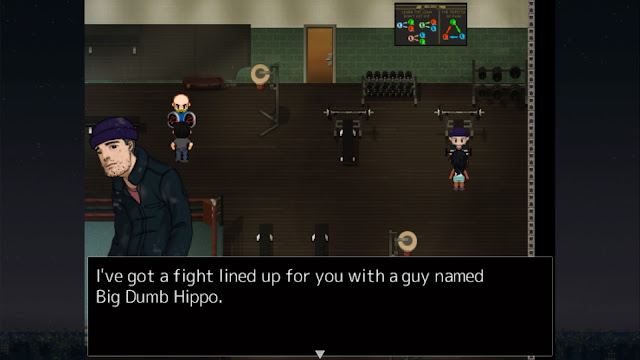 So, in addition to finding good and shelter sheets you can, you need to try find a way to get to the wedding. You can’t go straight to Salt City, where the wedding’s to be held—you’d have to fly there, and you’ll never be able to afford a plane ticket—so you need to hitchhike and/or bus your way across the country, from one town to the next. All along the way, you have to keep making those decisions about how to stay fed, how to earn money, and who to spend your time with.

It’s a journey populated with weird, wonderful characters, from your junkie best friend to odd parodies of game journalists to the creators of Always Sometimes Monsters itself. You might get caught up in a rigged election between a corrupt union boss and a corrupt businessman masquerading as the workers’ champion. You might find yourself doing menial labour in a factory to earn some money, or souping up a car in order to win a race (and a bet, along with it). You might wind up dead in an alleyway two days into the game.

Whatever decisions you make, they’ll come back to haunt you. You might end up getting someone killed, and they won’t be around to help you later on. You might steal from an old lady in order to buy food, and carry that guilt with you. Ideally, you want to be as “good” as possible, but that isn’t always an option. Sometimes there’s no easy moral victory; sometimes there is, but, for whatever reason, it’s out of reach. You’re always a monster sometimes. Everyone is. 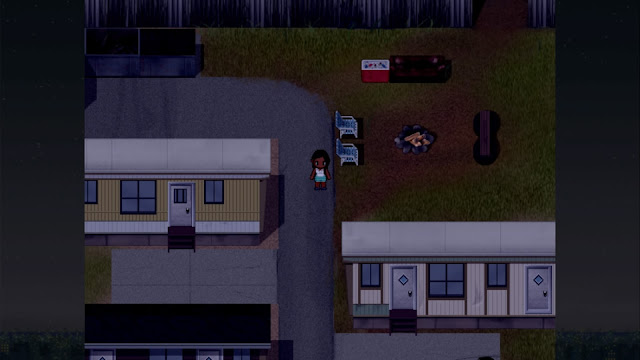 When it’s firing on all cylinders, Always Sometimes Monsters is a harrowing game that tackles the inhumanity of capitalism with insight and empathy. It gives you moral dilemmas with no easy answers, and puts in situations where survival comes first. It has some sweet, moving side-stories, and some heartbreaking ones. It’s a game about being human.

One big problem I have is that a lot of the impact is dulled by a lot of very weird tonal shifts, out of what seems to a misguided effort to be “funny” and “relevant”. Nothing pulls you out of an emotive story like this as quickly as an ill-placed pop culture reference or bizarre attempts at South Park-style humour. There are few things as jarring as witnessing a heartfelt scene about a junkie-turned-preacher’s tale about finding redemption, and then heading across the road to a strip club called “Holes and Poles” to collect action figures based on other indie games. That’s not to say this game shouldn’t have a strip club—if anything, I wish it played a bigger role, exploring sex work in more depth—but it seems to exist purely for the sake of a really bad joke.

These sorts of jokes are all throughout the game, and they rarely do any more than remind you that you’re playing a game. Always Sometimes Monsters tells an empathetic and believable story, then undermines that at every turn by intentionally and deliberately breaking your suspension of disbelief. There’s a place for this a lot of games—I can’t imagine something like Danganronpa without its graveyard of broken fourth walls, for instance—but here it’s completely at odds with what the game does best. 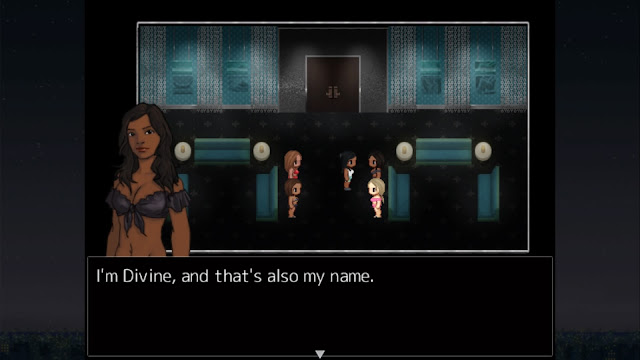 Another issue I ran into is that the game crashed on me a lot—as in, roughly once an hour, sometimes a lot more. It can’t be easy to port an RPG Maker game to PS4, and I suspect the engine is largely at fault, but this is still one of the most crash-happy games I’ve played. Generous auto-saves mean it’s rare to lose huge chunks of progress as a result, but it’s frustrating nonetheless. Your mileage may vary, and I’m usually happy to ignore the odd crash or two, but in the case of Always Sometimes Monsters, I found crashes so frequent that I feel I’d be remiss to not bring them up.

Related reading: Another potent game about struggling to cope in the modern world is Actual Sunlight. Matt’s review here.

Get past the crashes and the tonal inconsistency, and Always Sometimes Monsters has a moving and thought-provoking story to tell. It’s rough and unpleasant, but empathetic and human at the same time. It’s a game about surviving under a capitalist system that doesn’t care about you, and about what happens when people fall through the cracks.

Retro reflections: When a Game Boy Color game tried to be horrific